We’ve been testing out the Shell ReCharge, a 40-amp portable electric vehicle charging station for the past month to bring you the next installment of our “Ultimate EVSE Review” series. Better known for selling gasoline, the oil giant Royal Dutch Shell has been very active in getting into the EV charging game recently.

How does, the Shell ReCharge stack up? Check out our Ultimate Review video to find out. 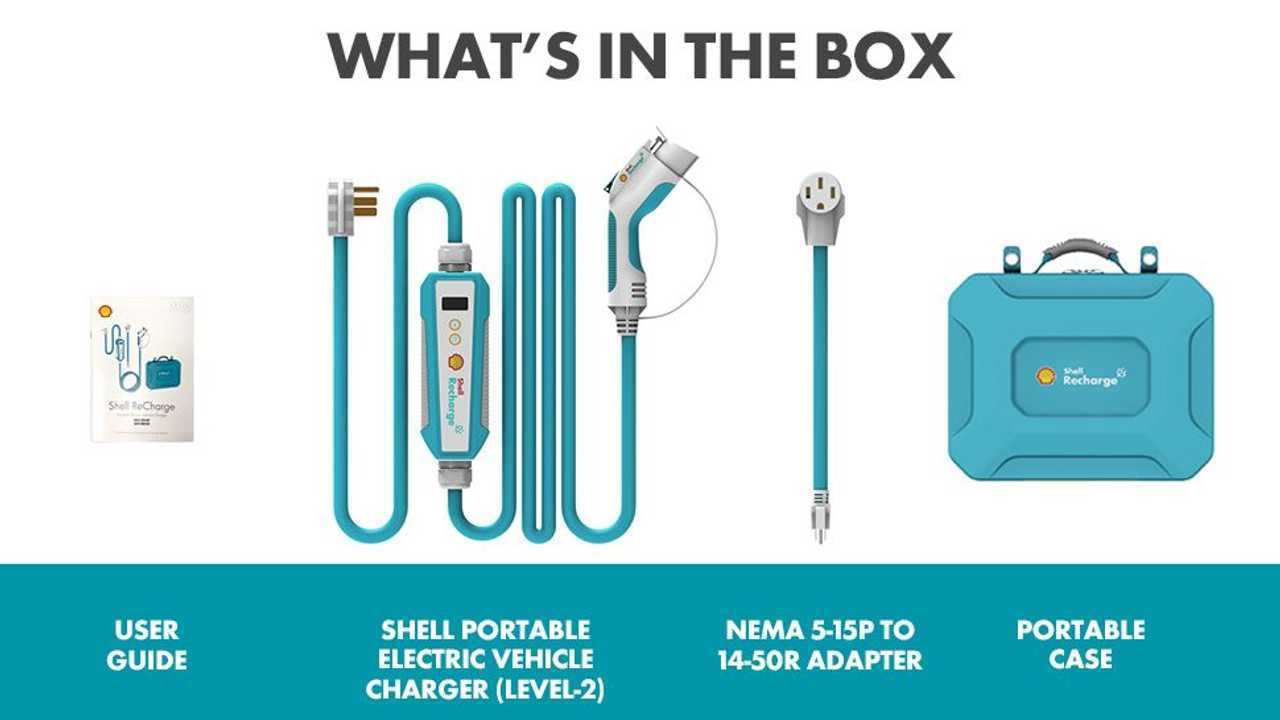 The ReCharge comes in two versions; a 32-amp unit that can deliver up to 7.7 kW and a 40-amp version that’s good for up to 9.6 kW. Both versions are dual-voltage and come with a NEMA 14-50 to NEMA 5-15 adapter to allow for 120v level 1 charging from a regular household receptacle.

We tested out the 40-amp version which is physically identical to the 32-amp version. It retails for $499.99 while the lower-powered EVSE lists for $449.99. However, we found both units temporarily discounted on Amazon, so if you’re looking to buy the ReCharge, shop around before buying.

It comes with a long 25.5-foot cable, which we measured because Shell advertises that the cable is 30-feet long. We inquired about that and was told the entire unit, including the plug, EVSE, and J1772 connector is 30-feet when stretched out. However, that’s not how most other charging station suppliers measure the cable. It’s usually measured from the base of the EVSE to the J1772 connector.

The ReCharge isn’t a WiFi connected smart charger but it does have a nice display screen that allows you to monitor the unit’s internal temperature, the line voltage, the length of the charging session, the real-time power draw as well as the total amount of energy dispensed. 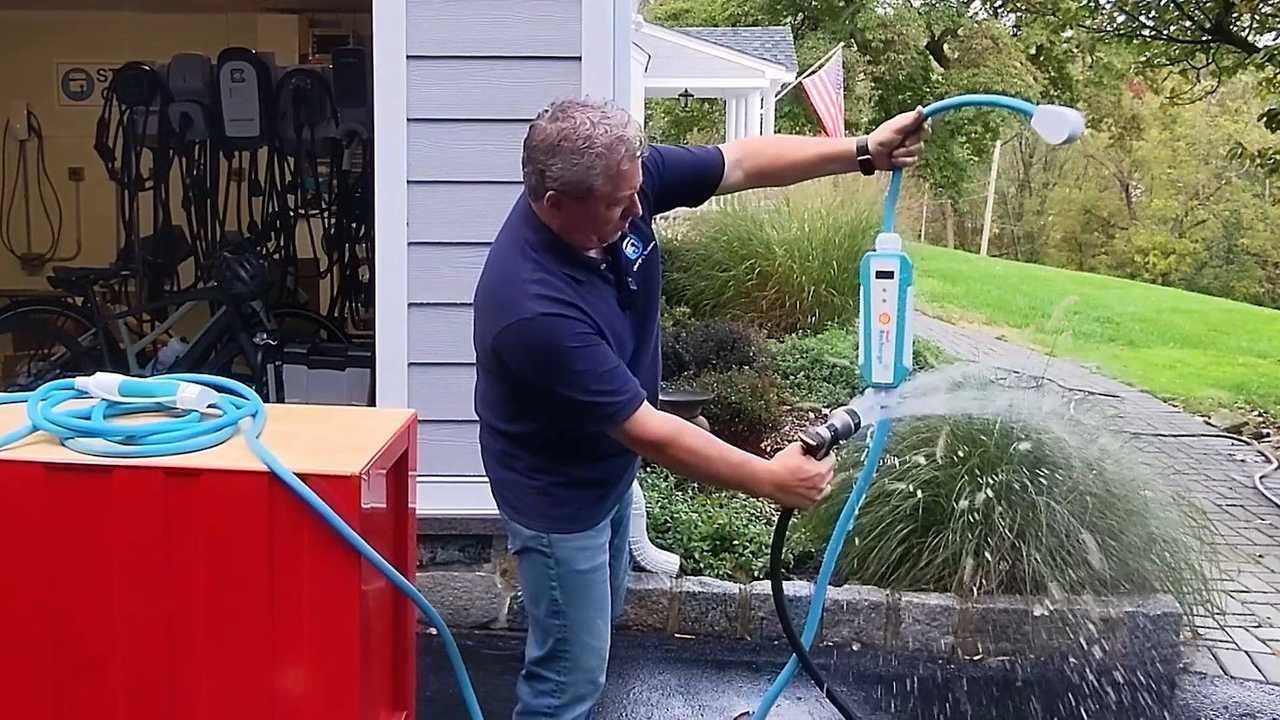 It also has automatic power adjusting and will detect the amount of power the circuit can deliver and lower its output if necessary. It does that on both level 1 and level 2 charging. I noticed that the unit defaulted to a 16-amp output on level 1 charging, which surprisingly, is more than the NEMA 5-15 plug or receptacle is rated to deliver.

However, after less than a minute of charging, the unit de-rated the power delivery to 12-amps, which is the maximum draw allowed from a NEMA 5-15 outlet on a 15-amp circuit. I’m not entirely comfortable with that – leaving it up to the unit to derate the power, so I’m happy the ReCharge allows the user to also manually set the power delivery to a lower amperage if they prefer.

The ReCharge isn’t safety-certified (No UL or ETL approval) so buyers need to take that into consideration. In addition to the ability to manually set the power output, the ReCharge also allows the user to set delayed charging to take advantage of lower time-of-use electricity plans. 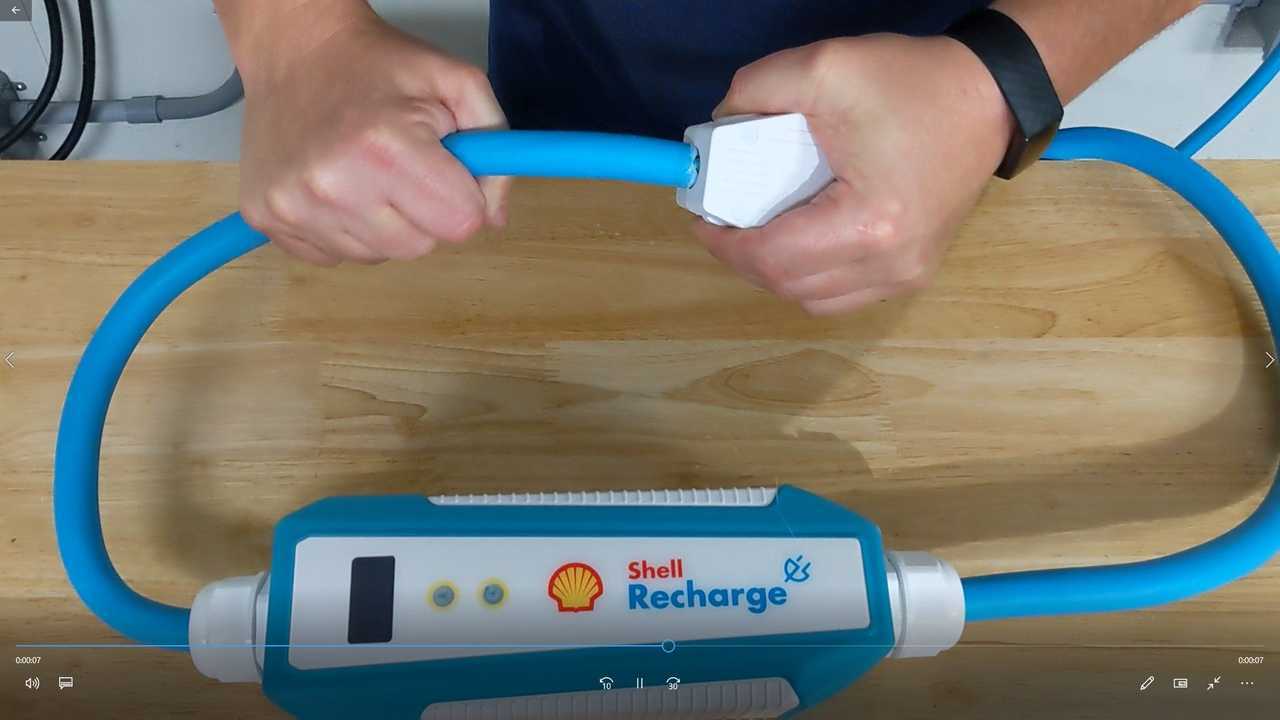 We tested out the robustness of the unit by dropping it five times from 5-6-feet onto a concrete floor. We froze it overnight in a commercial freezer to test the cold-weather flexibility of the cable. We soaked it with a garden hose and also pulled on all of the connections to make sure everything was tightly secured.

Unfortunately, the Recharge failed both the cable deep freeze test as well as the cable pull test. On the very first pull, we were able to separate the outer jacket of the cable from the NEMA 14-50 plug and expose the wires inside.

That’s not acceptable, especially for a unit that can hang from the NEMA 14-50 outlet. We believe Shell needs to address that issue if they haven’t already, so the problem doesn’t affect future builds. 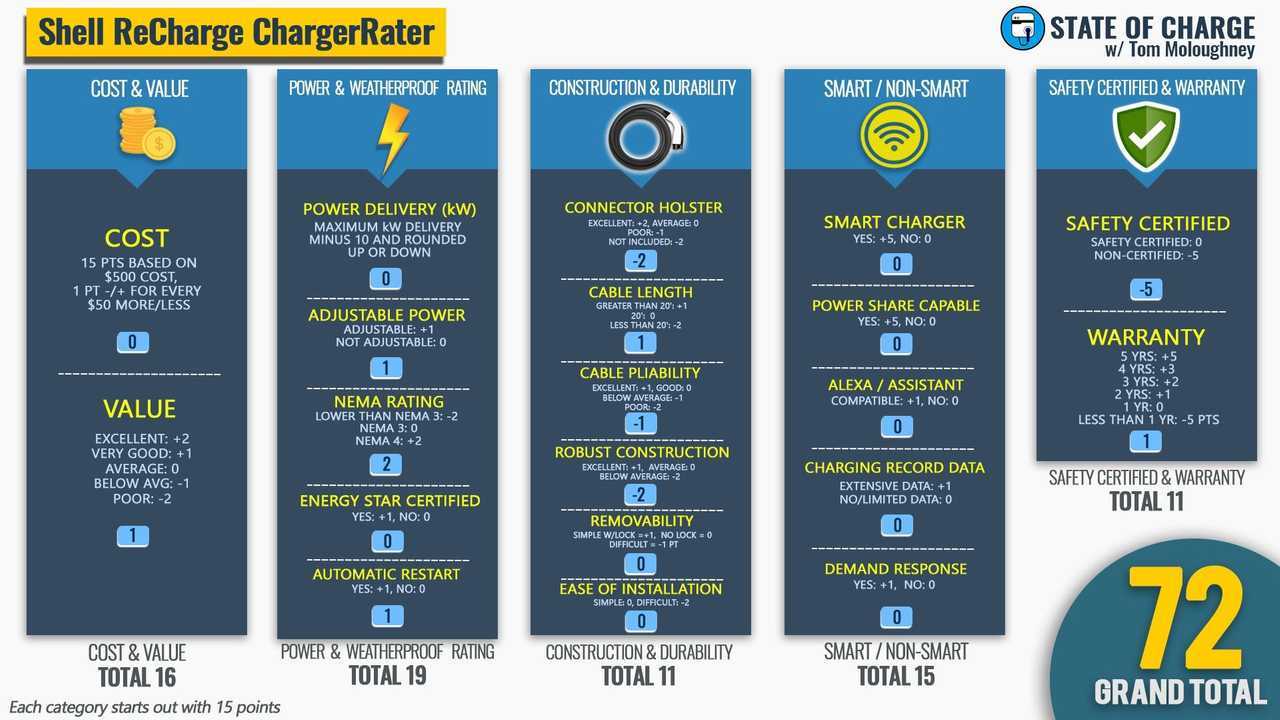 We also note in the video that the rubber gasket inside the J1772 connector prevents the Tesla-provided J1772 to Tesla adapter from securing to the connector. However, an aftermarket adapter from Lectron was able to lock onto the connector. The Lectron adapter must be slightly thinner, just enough to slide on and lock into place.

The ReCharge didn’t fare very well in our ChargerRater scorecard because it failed some of our tests and the fact that it isn’t safety-certified. It totalled 72-points which translated into a 3.6 out of 5-star rating. We then add our personal score of 3.5 stars and the final score was 3.55 stars.

The Shell Recharge isn’t the best EV charging option available today, but it certainly isn’t the worst. I liked the display screen and the 120-v adapter. It has a nice long cable (even if it’s not actually 30-feet) and the cable has a thick, durable casing. That may be why it performed poorly in the cable freeze test. But if you live in a warm-weather area, that’s not going to be an issue.

The defective NEMA 14-50 plug connection is a concern, but it’s hard to say if it’s a widespread issue, or if I just received a defective unit. additionally, I’d feel a lot better about it if it had gone through safety certification, especially since it defaults to 16-amps on level 1 charging. We’ve seen plenty of melted plugs and burnt outlets caused by poorly made EVSE from other brands, hopefully, that won’t be the case with the ReCharge.

Hyundai Tells The Story Of Its Mid-Engined Cars