Even “the best car in the world” has room for improvement judging by these first spy shots of a mildly updated Rolls-Royce Phantom. The ultra-luxe stately sedan from Goodwood made the trip to Germany near a BMW facility to prepare for a mid-cycle facelift likely slated to come out later this year. The prototype was caught testing in the standard-wheelbase specification with a stylish teal and white color combo.

The Spirit of Ecstasy is tucked away and all the badges remain hidden under a black tape, including those on the self-leveling center caps. We’re not sure why that’s the case since it’s pretty obvious we are dealing with the most luxurious car ever built. It looks as though RR will be making changes to the imposing front grille while working on the headlights as well, possibly to usher in new tech shared with the next-generation 7 Series also due in 2022. 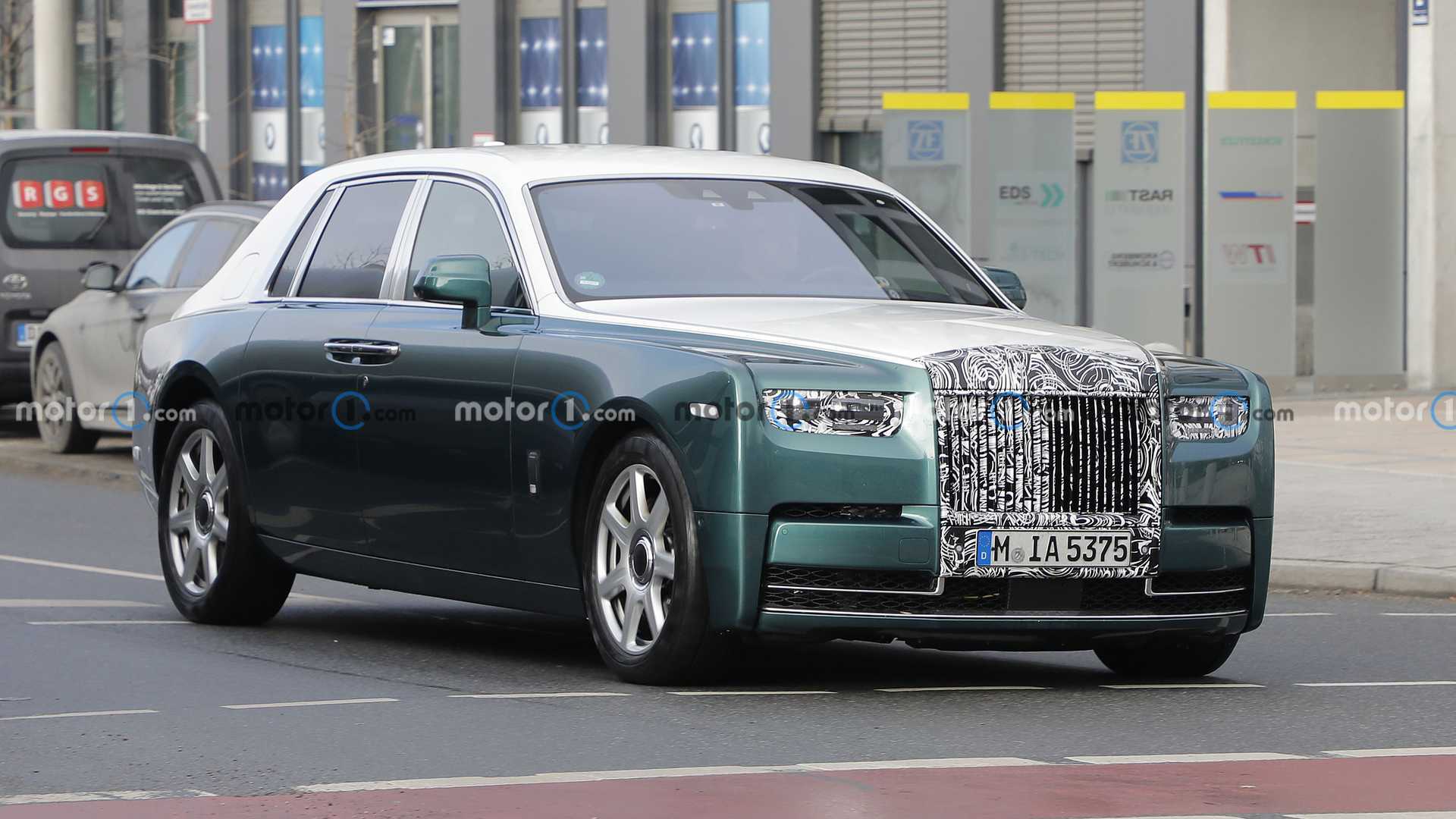 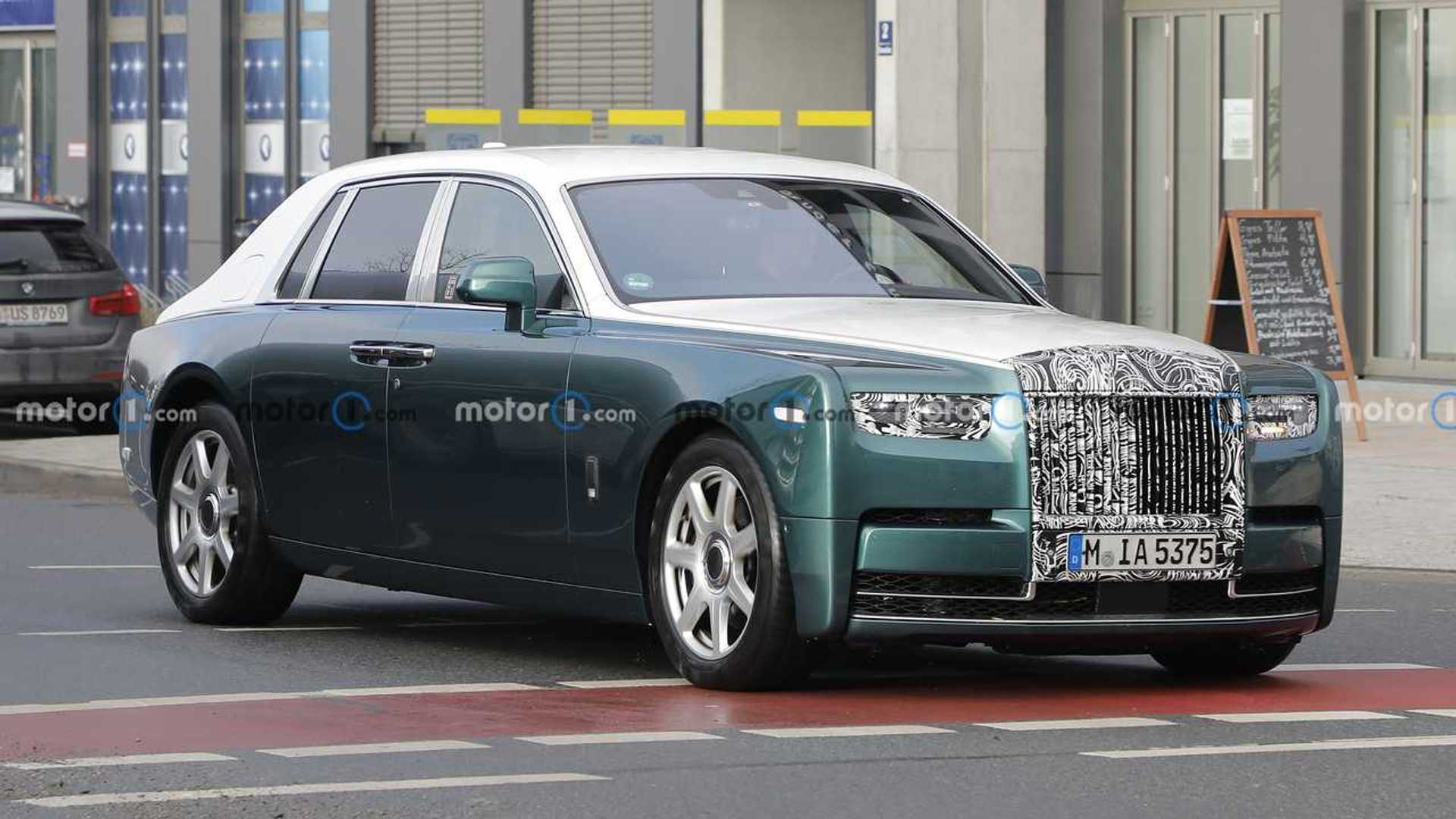 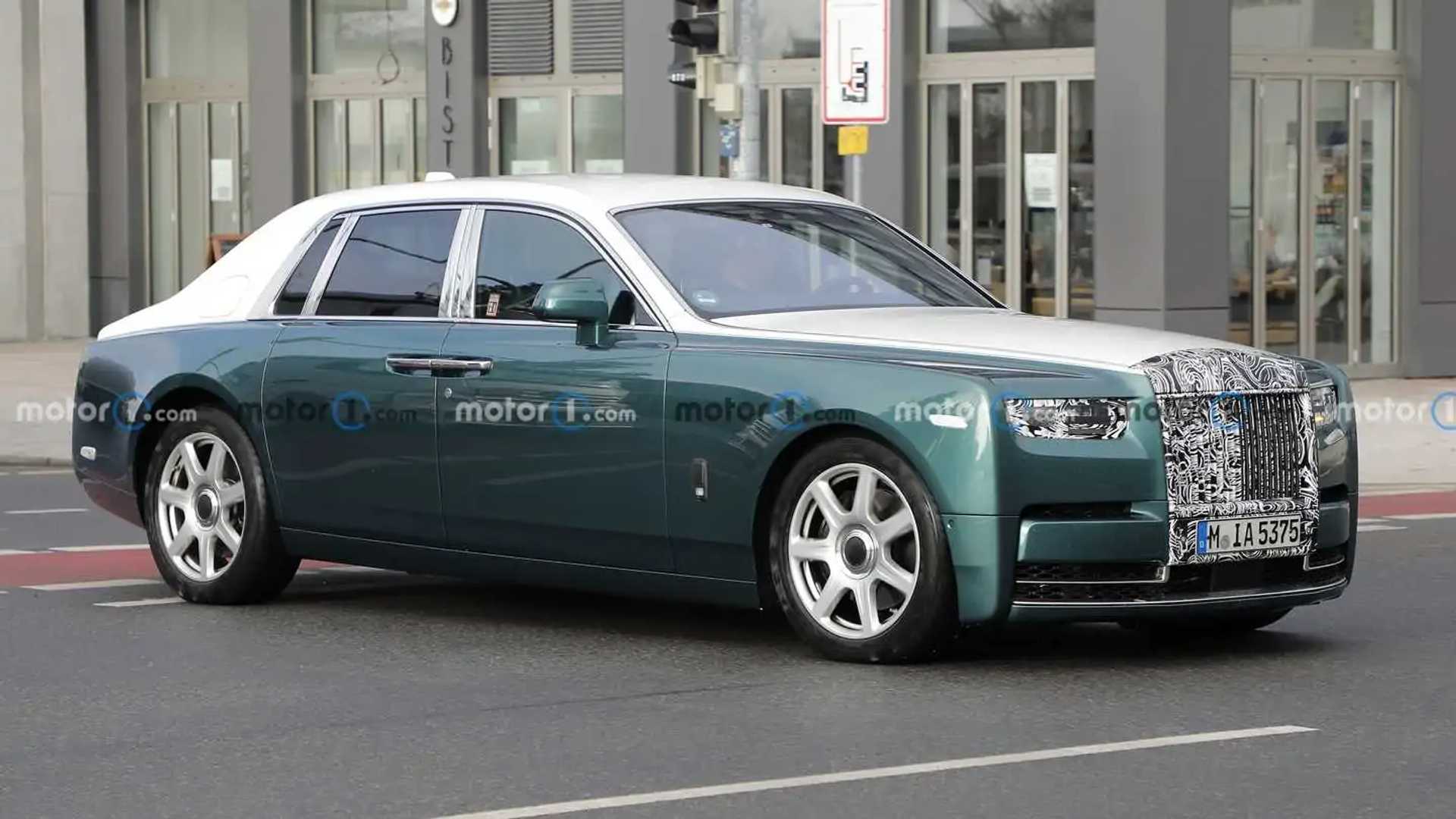 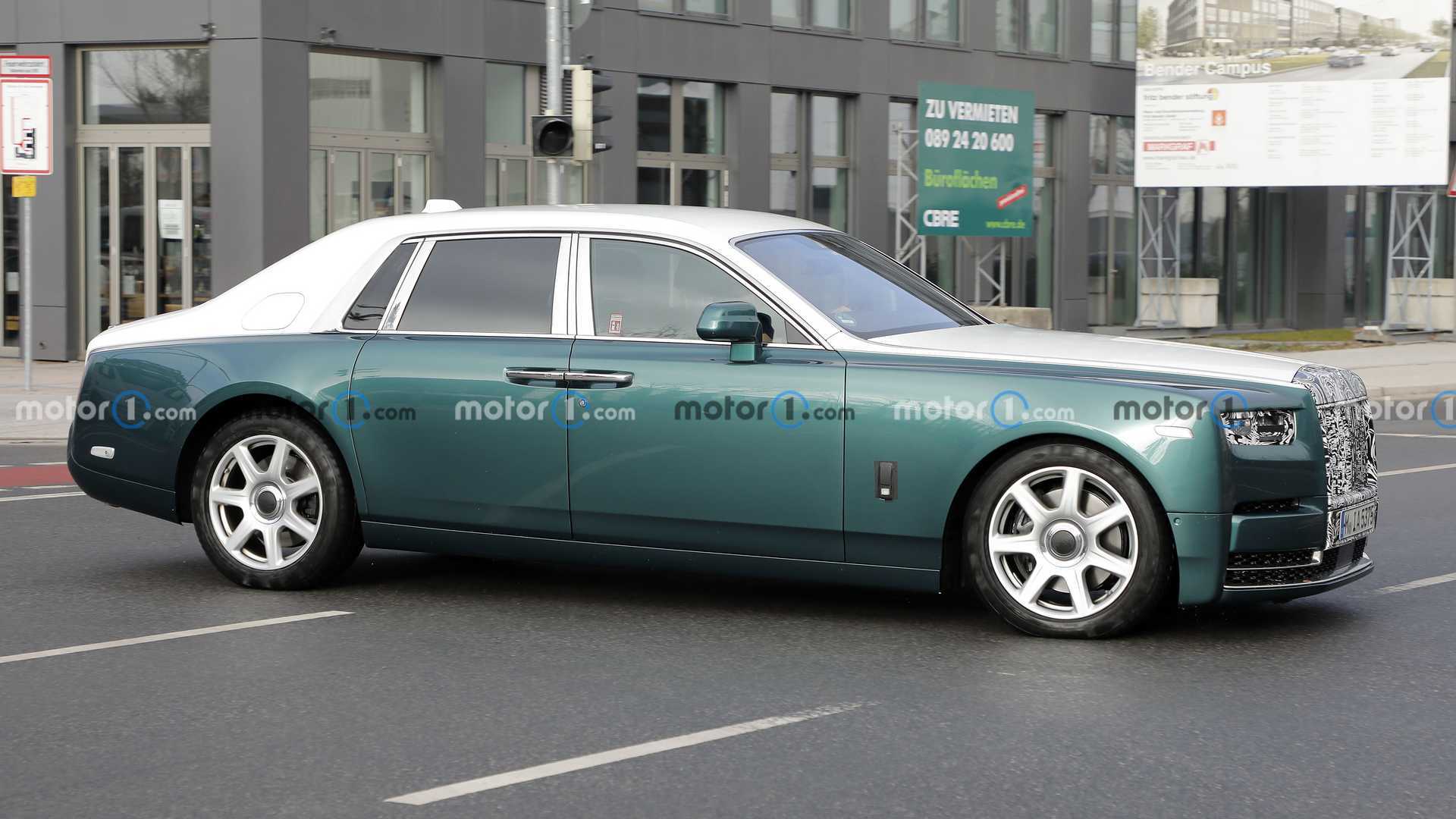 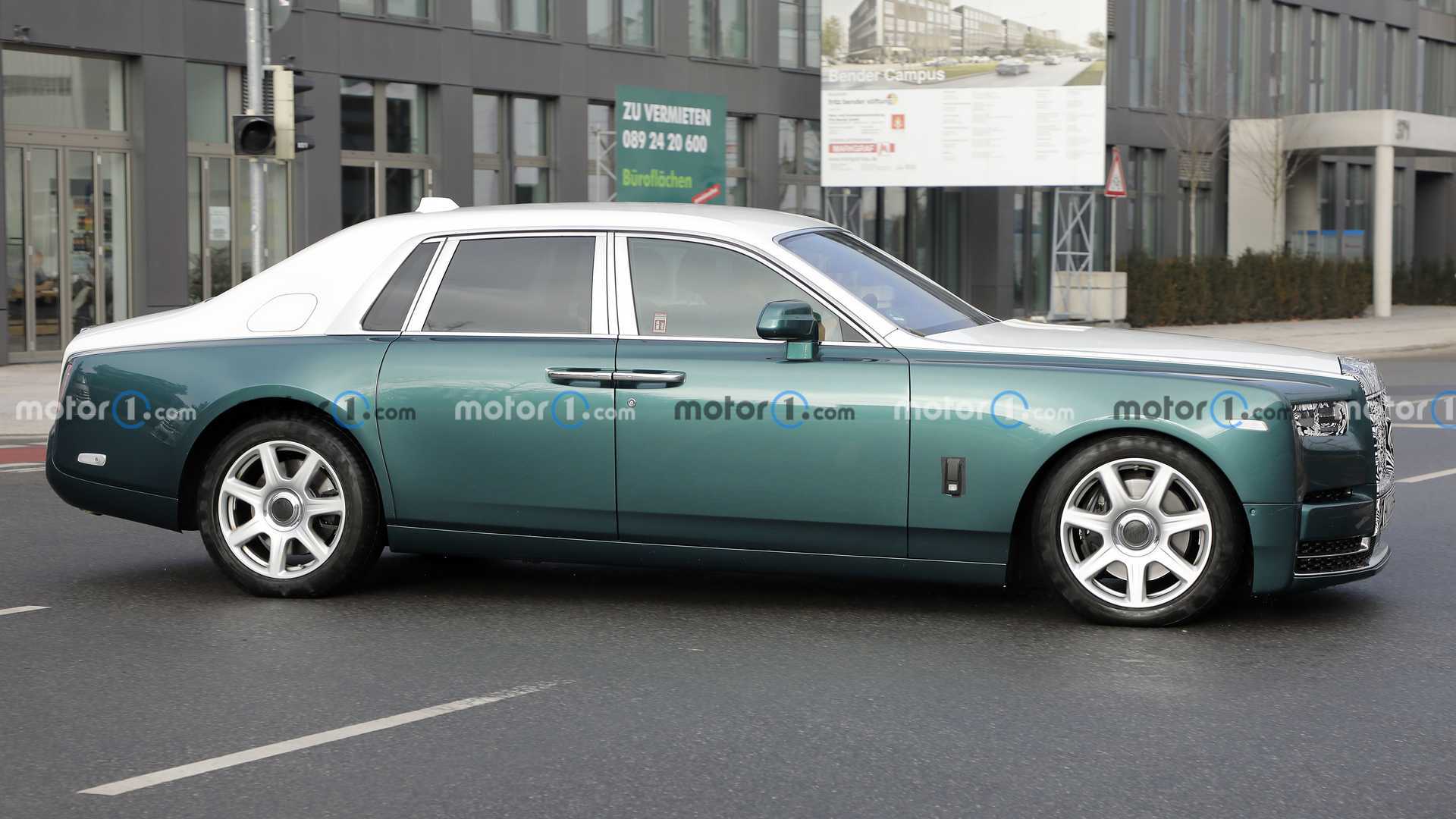 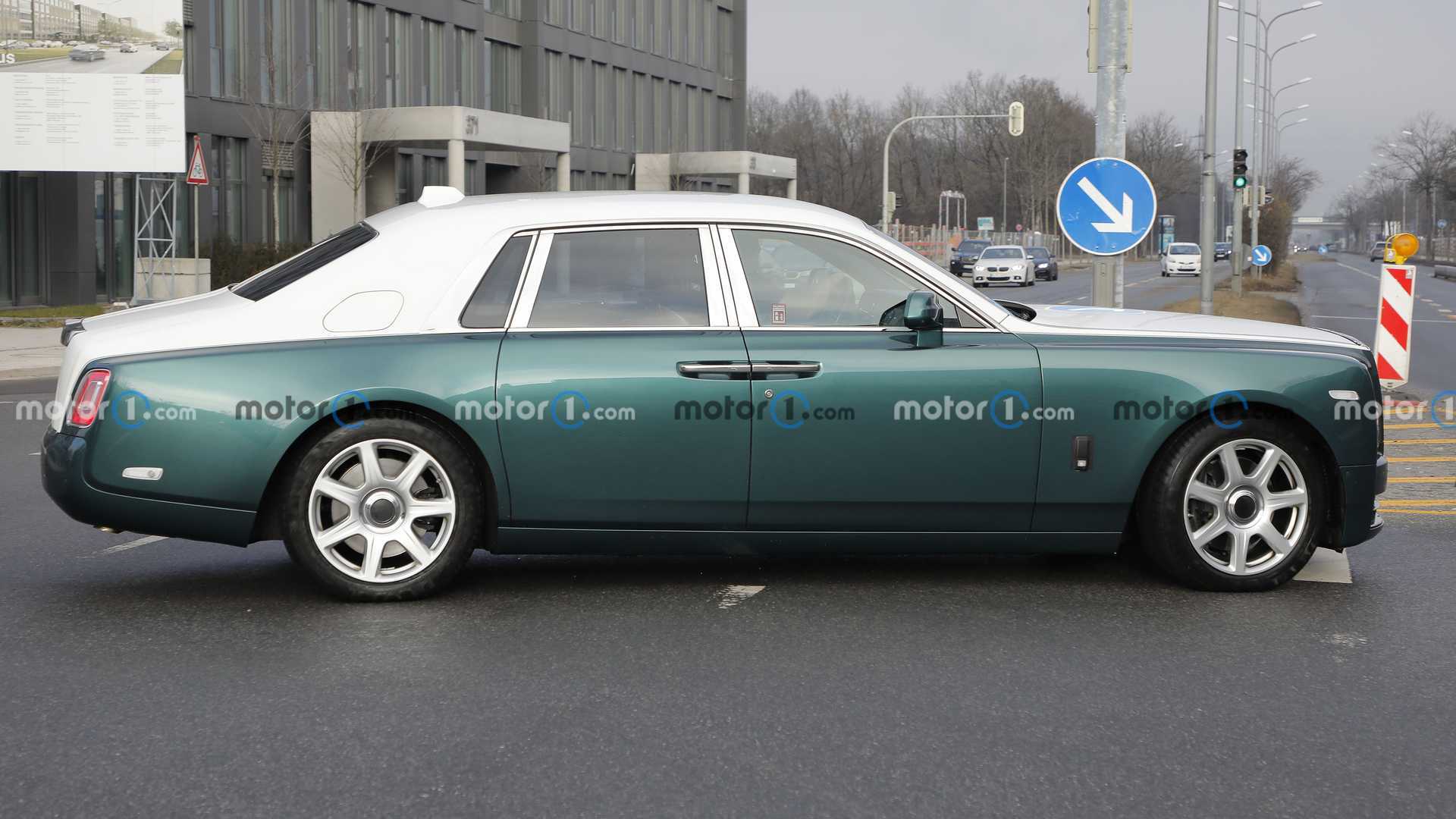 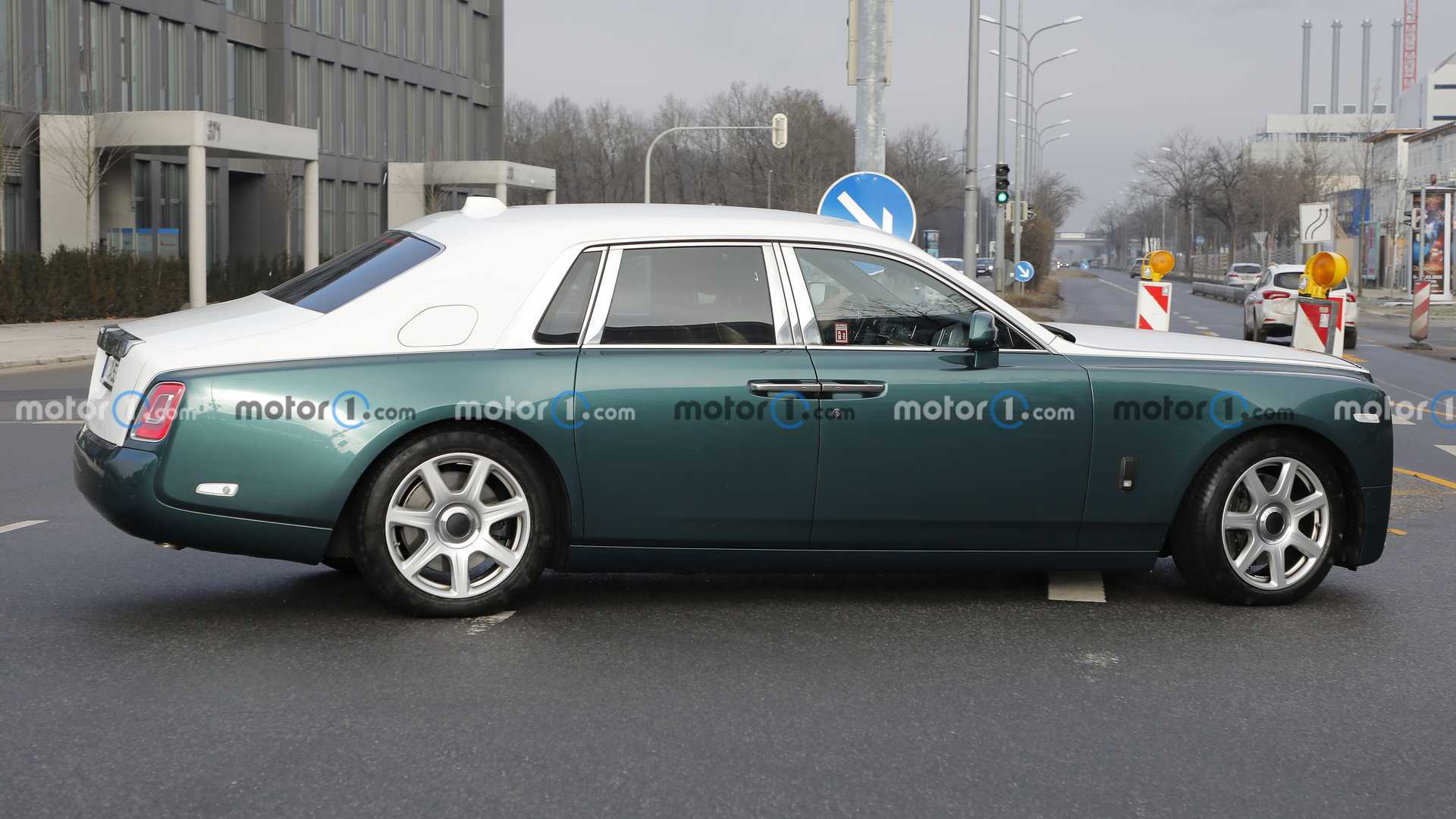 The back of the vehicle is completely exposed, but that doesn’t necessarily mean the 2023 Phantom will carry over the current model’s derrière. There is a distinct possibility the prototype lacked all of the final parts, which will be added later in the testing phase. We’re used to seeing the luxobarge with dual exhaust finishers, which might lead some people to believe this one is an EV. However, you can get the Phantom with the end tips under the rear bumper, much like it’s the case here.

Speaking of an electric Phantom, a report from Car Magazine published in August 2020 stated Rolls-Royce would be coming out with an EV version this year “in very small numbers.” However, we haven’t heard anything since then, so for the time being, we can only be sure of the 6.75-liter V12 and its pair of turbochargers.

Don’t expect the facelifted model to get a more potent Black Badge version to mirror the smaller Ghost as the British marque has already ruled out the possibility of a high-performance derivative for its crown jewel. That shouldn’t be much of an issue since the one-percenters are not buying a Phantom for its horsepower count.