Road policing numbers have declined while their responsibilities have increased which has led to “unfocused” and “haphazard” policing, according to the report. Police watchdog, Her Majesty’s Inspectorate of Constabulary and Fire and Rescue Services revealed the findings in their Road Policing: Not Optional study.

The report revealed confusion among forces as road police patrols were removed from motorways with “little consultation”.

The report said: “The number of dedicated roads policing officers has declined, while their responsibilities for supporting general policing have increased.

“In some cases, resources have been reduced without any understanding of demand.

“The lack of analytical support means that enforcement activity is often unfocused and haphazard, and its effectiveness isn’t evaluated. 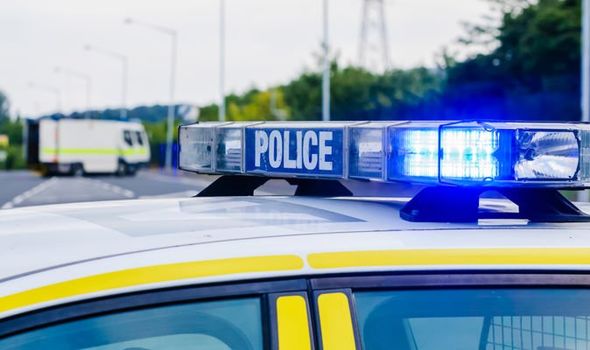 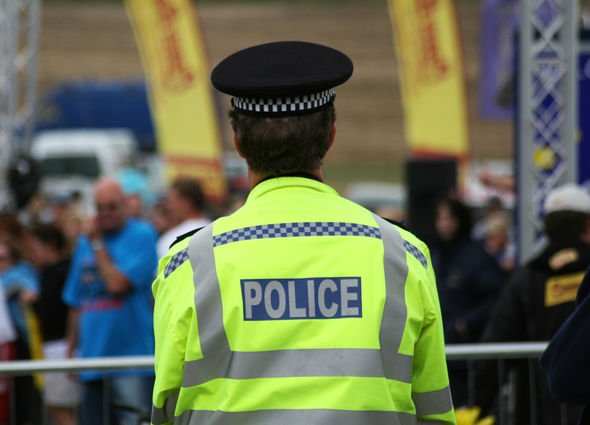 “And the support provided to those in specialist roads policing roles varies considerably.”

The report revealed budget cuts were partly to blame with road police taking an unproportionate cut compared to other areas.

Between 2013 and 2019, the total expenditure made by police forces in England and Wales was reduced by 6.1 percent.

HM Inspector of Constabulary Matt Parr said: “Spending on roads policing has been cut by 34 percent resulting in fewer officers dealing with offences that cause road deaths.

“However there is a clear, and pressing, need for government, police and crime commissioners, chief officers, and the College of Policing to recognise the importance of roads policing in reducing death on the roads.

“We have made recommendations to help the police improve the effectiveness of roads policing in England and Wales. In doing so, we are clear, roads policing is not optional.”

As funding falls, officers are expected to broaden their skills with roads police often  deployed to crime scenes or to support colleagues.

The report found that some officers spent just 20 percent of their time on actual road policing duties despite this being their speciality.

The inspection also found that participation in national campaigns varied from force to force meaning some areas experienced different levels of policing.

The inspectors found staff at one force were completely unaware of the campaign and had “no planned activity” to support it.

The report also revealed there were good initiatives in areas but often the effect of these was not clear due to a lack of analysis. 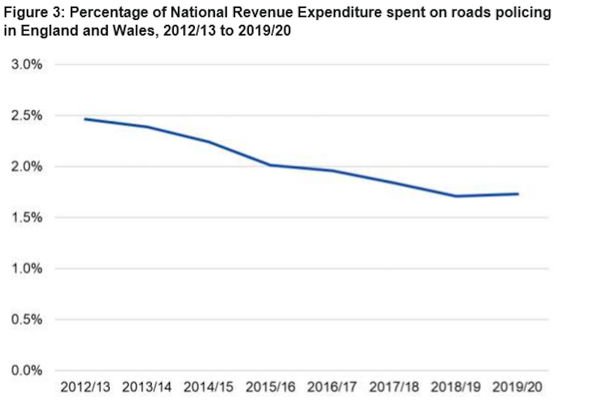 Any ideas which were considered “good practice” were also not shared across forces in an effective manner.

Mr Parr also revealed almost half of crime plans did not inclide references to road policing despite their vital role in enforcement.

He said: “Our inspection suggests that roads policing, despite the number of road deaths plateauing and likely to increase, is seen as less of a priority than it should be.

“We found that almost half of local crime plans didn’t include reference to roads policing.

“This, along with an unclear national strategy, is doing little to help reduce the number of deaths and life-changing accidents which occur on our roads.