This week we received a very interesting data from our reader Rick, who was carefully recording the efficiency of its Rivian R1T in a wide spectrum of temperatures.

The Rivian R1T has an EPA Combined range of 314 miles (505 kilometers) and almost 293 miles (471 km) of EPA Highway range, but those are just single numbers for the test cycle.

Rick consistently recorded efficiency and temperature of its Rivian R1T on a frequently taken trip of 165 miles (265 km) between Minneapolis, Minnesota and Hayward, Wisconsin, which allowed him to draw several graphs in function of temperature at an average speed of 54 miles per hour (87 kilometers per hour).

Before we will get into results, let’s summarize the test settings:

The first thing is the efficiency of the Rivian R1T, measured at various temperatures. Rick presents the results using red points and a 2nd order curve. The shaded areas are the 95 percent confidence interval of the fitted curve. The black line for temperatures below 0 degree Fahrenheit (deg F) (-17.8 deg Celsius) – the lowest temperature data point – is an extrapolation of the data. 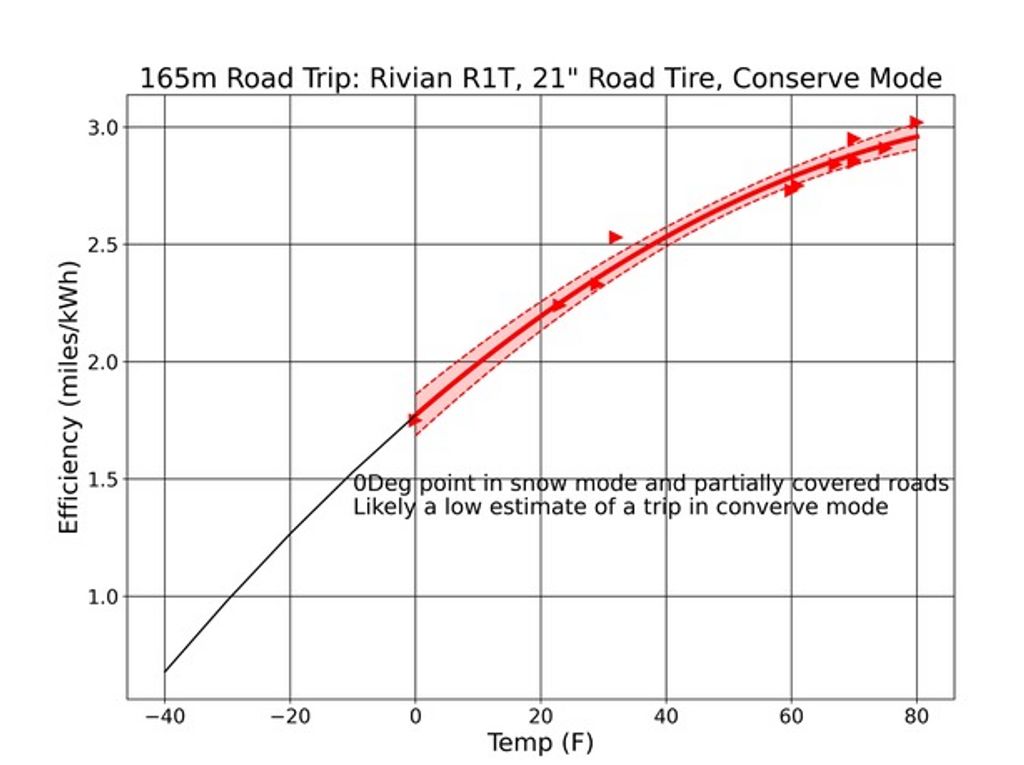 Rick noted that he observed a 40 percent reduction in efficiency at zero degree F, compared to 70 deg F.

He also believes that the efficiency might be worse on shorter trips in cold temperature, compared to his 165-mile trip, because the battery has time to get up to optimum operating temperature. 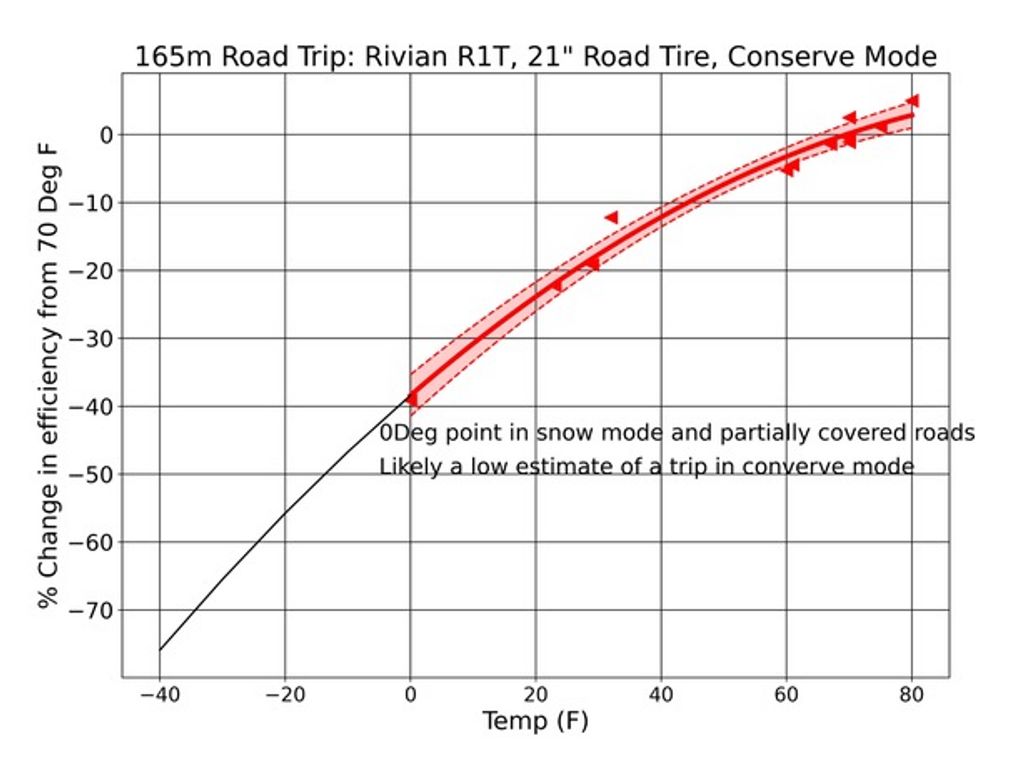 When assuming 125 kilowatt-hour (kWh) of usable battery capacity, Rick noted that the range is noticeably higher than the EPA value in a wide temperature range.

“I’ve been pleasantly surprised at how much I’ve been exceeding the EPA listed range of 314 during the summer months. On this route with my driving habits I typically see a total range of about 350 miles.” 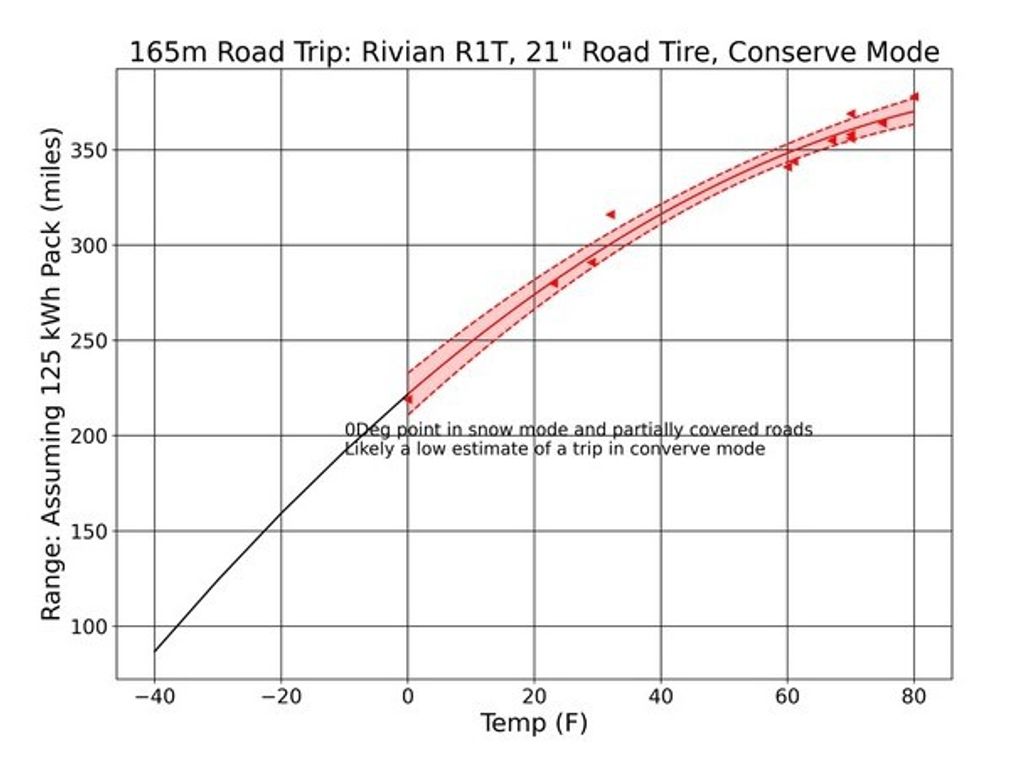 Efficiency vs. temperature (with and without bike rack)

The one final comparison is about the efficiency of the Rivian R1T with and without a bike rack mounted on the trailer hitch with one (or sometimes two bikes).

As we can see below, such thing also significantly reduces the range – mostly due to the worsened aerodynamics of the vehicle. 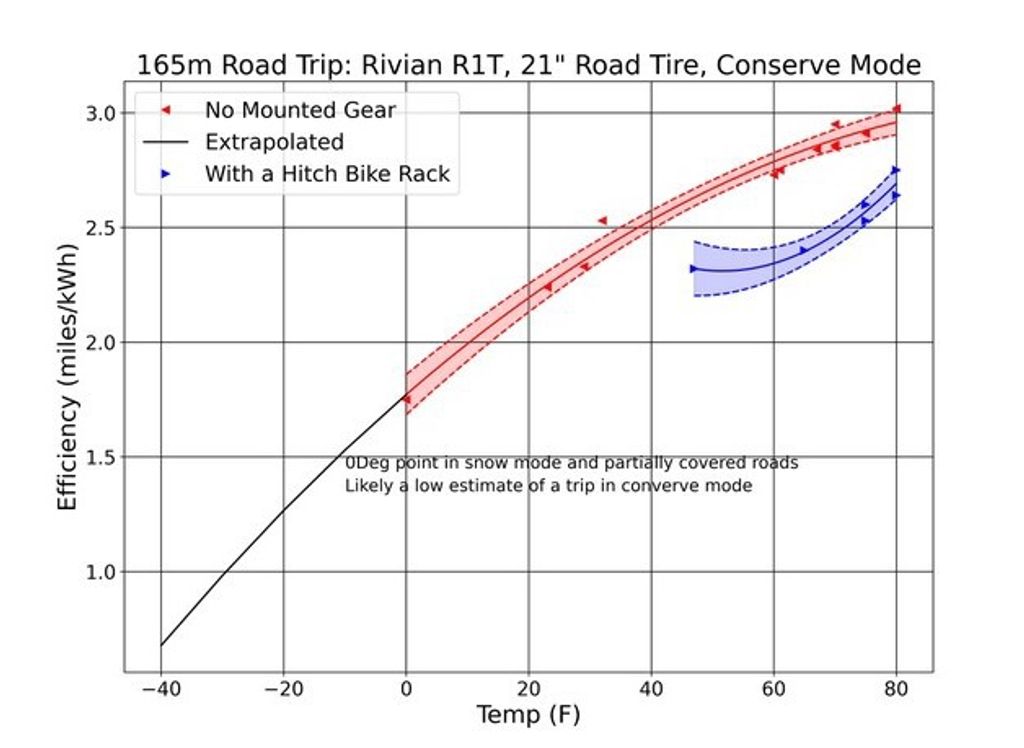 Rick concluded that overall he is very happy with the vehicle and had no issues with almost 10,000 miles on the odometer.

Review update: Could the 2022 Ford Maverick be my teens’ first car?