Ram will be quite late to the electric pickup party with its 1500 EV that’s set to enter production in 2024. The manufacturer recently announced that it will show a concept previewing the actual model this fall and it showed yet another teaser, this time focusing the vehicle’s front unique LED signature from a frontal perspective.

Between all the teasers shown so far, the guys from TopElectricSUV had enough information to put together this rendering giving us a glimpse at what the finished production truck might look like. Keep in mind this is quite a speculative rendering, as many details, especially in the lower part of the vehicle, remain obscured in the teasers.

It will have that shape greenhouse, though, and the hood looks pretty well reproduced in the rendering too. The vehicle’s flanks and wheel arches do appear more pronounced in the teaser, but that is probably just teasing the concept anyway (it doesn’t have side mirrors), and that in turn may get watered down and made less aggressive for production. 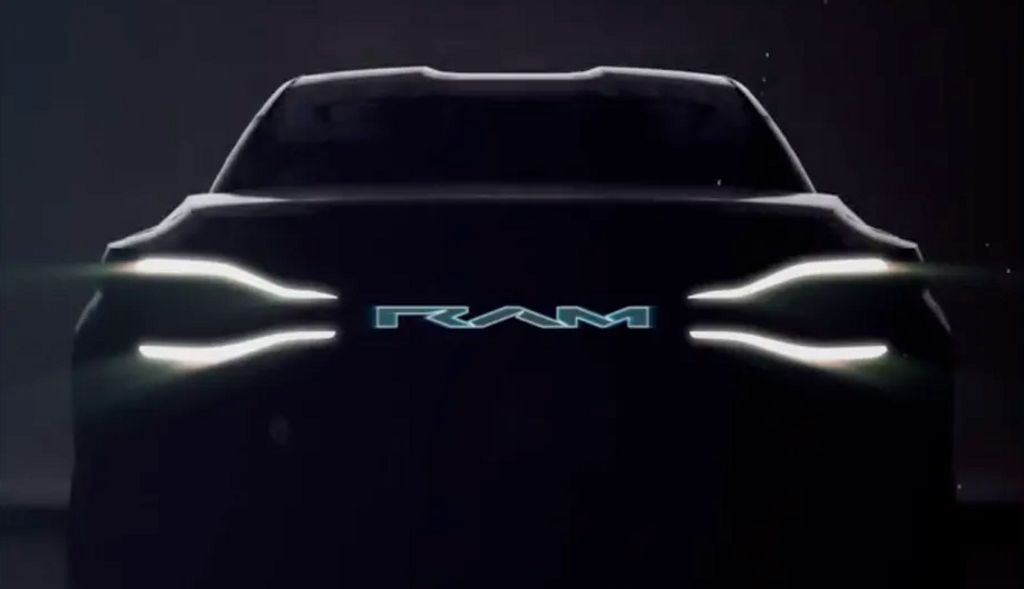 And since its production is still some two years away, no information about any of its specs has been made public. We know it will be built on the STLA Frame platform for body-on-frame vehicles, but other than the fact that it will be able to charge at up to 150 kW (according to an official statement made in 2021), Ram has kept mum.

It would need to have at least 98 kWh in standard-range configuration and 131 kWh for the long-range to match the Ford F-150 Lightning (which just went into production). Its other big rival, the Chevrolet Silverado EV (coming in the spring of 2023) has reportedly been designed to take up to a massive 200 kWh pack.

The Ram 1500 EV will be last electric truck from the Big Three (if you can still call it that now that RAM is under Stellantis) to debut, so it will have an advantage over rivals by giving the automaker time to make changes to its own product based on the others’ experience.