The specs of the vans are pretty good and position PSA among the leaders of the commercial electric vehicle market in Europe. There are two battery option to choose from:

PSA already sells those vans at a rate of thousands a month and this is probably just the beginning. Xavier Peugeot, Senior Vice-President of Groupe PSA’s Light Commercial Vehicles Business Unit said:

“Concretely, more and more companies’ tenders move towards Battery Electric Vehicles, at a much higher pace than expected. Our order books so far show us that the market confirms the choice of the IVOTY jury in Groupe PSA winning the International Van of the Year 2021: Beyond what this trophy symbolises, our electric medium vans from Peugeot, Citroën, Opel and Vauxhall are also commercial successes!”

The only other all-electric model that received IVOTY is the Renault Kangoo Z.E. in 2012. 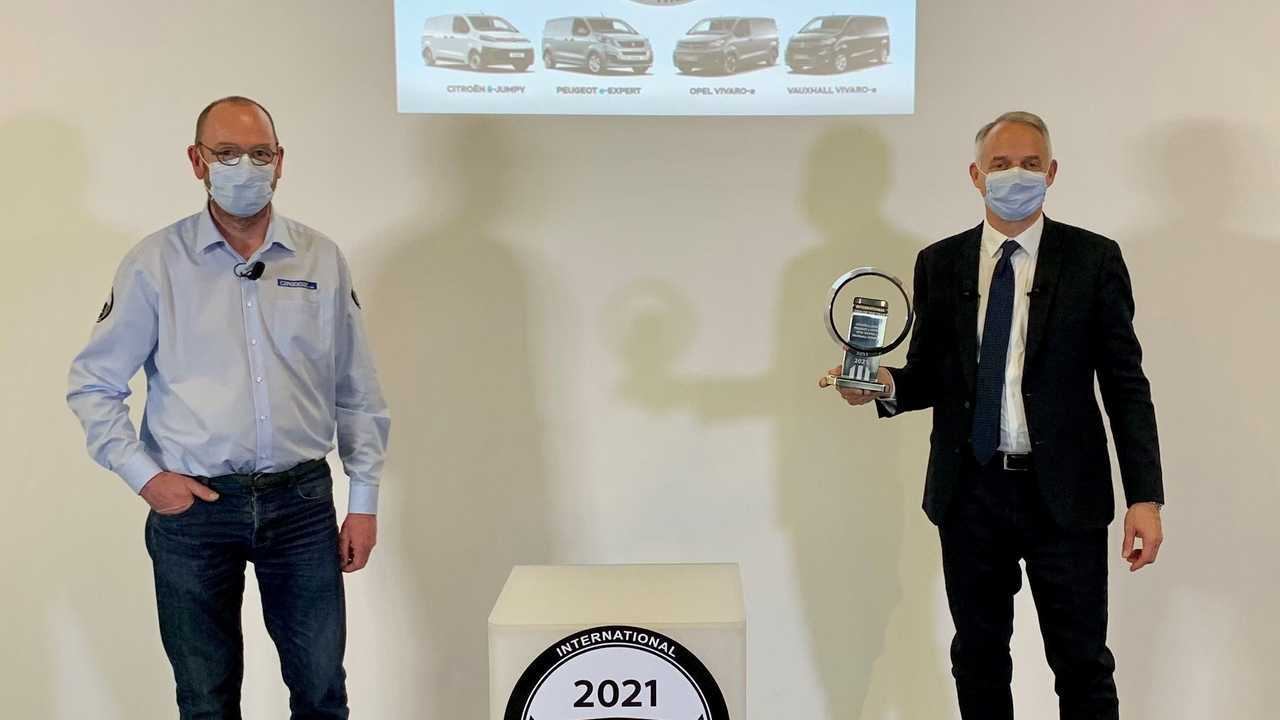 PSA has developed and introduced also a lineup of eight compact all-electric vans (each with passenger version, plus two rebadged Toyota versions):

There are also new large all-electric vans from PSA:

‘Pays for itself’: Vauxhall range now fully electric as it prepares for EV deadline