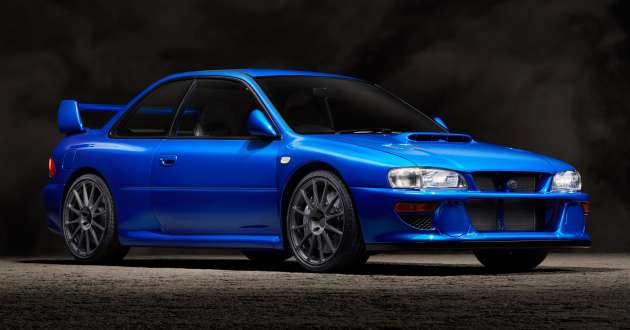 In 1997, the 555 Subaru World Rally Team (SWRT) dominated the World Rally Championship (WRC) by winning eight out of 14 events to secure its third consecutive constructors’ title. The car that helped Piero Liatti, Kenneth Eriksson and Colin McRae to those wins was the Subaru Impreza WRC 97, and to celebrate, Subaru brought out a special version of the Impreza WRX STi called the 22B STi a year later in 1998.

Subaru fans will undoubtedly be familiar with the 22B, which featured a widebody inspired by the WRC car designed by Peter Stevens. Other revisions include a bored-out 2.2 litre turbocharged four-cylinder boxer engine, some weight-saving measures and improved dynamics. In total, just 424 units (400 for Japan and 24 for exports) of the 22B were produced and they are highly sought after, with one selling for USD312,555 (RM1.375 million) on Bring a Trailer last April.

The company that was instrumental to SWRT’s success was Prodrive, which struck a partnership with Subaru back in 1989 and was responsible for the racing team’s success. To celebrate the 25th anniversary since the WRC 97’s debut, Prodrive has built this, the P25.

Set to make its debut at the Goodwood Festival of Speed on June 23, limited units of the P25 will be produced at Prodrive’s headquarters in Banbury, United Kingdom, with each one costing 460,000 British pounds (RM2.48 million) – deliveries are set to begin later this year. 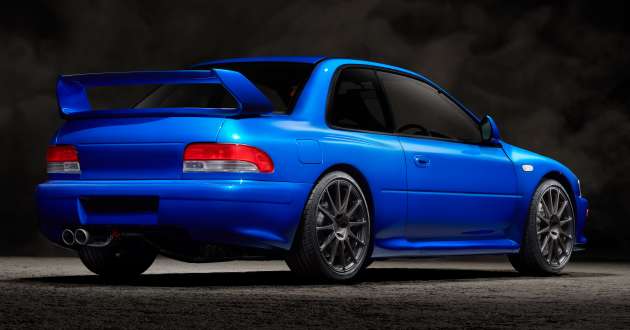 For the significant asking price, you’re getting what is essentially Prodrive’s ultimate take on the 22B, a WRC-inspired reimagining that incorporates the latest materials and technology of today. Every P25 will be built from an original two-door WRX chassis to which carbon composite panels are added to form the body. These include the boot, bonnet, roof, sills, door mirrors, front and rear quarters, WRC-style rear wing and bumpers, which means the car weighs less than 1,200 kg.

The car also gets the small side mirrors and paint finish as the WRC car, but instead of gold wheels, the 18-inch one fitted here are dark-finished instead. The Prodrive units have a width of 8.5j and are wrapped with Bridgestone Potenza 235/35 profile tyres.

As for the interior (we don’t have any photos of that for now), it too has been upgraded to recreate the look of a 1990s Impreza interior using a combination of leather, Alcantara and carbon trim. The dash also features a full-width, high-definition Motec display that includes a data logger and various driving modes that adjusts throttle response and engine performance maps, including anti-lag adjustment, for street or track use.

A WRC-style “fly-off” hydraulic handbrake, which automatically disengages the centre differential to remove drive to the rear wheels is also included in addition to the standard electric park brake. You’ll still be able to carry four passengers, but if that’s not important to you, Prodrive provides the option of removing the rear seats and having a partial safety cage fitted instead. A lithium-ion battery comes standard with lightweight race seats with carbon door cards being optional. 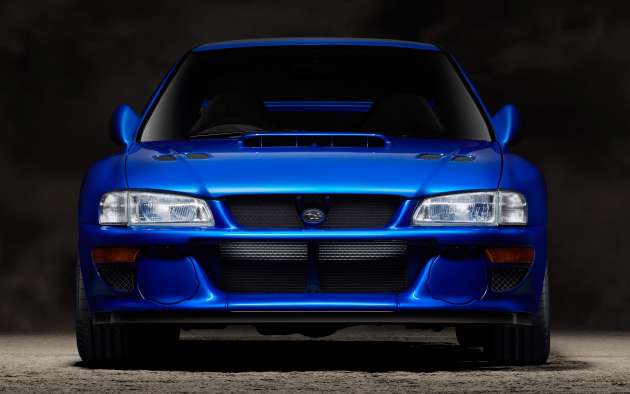 As for the mechanical bits, Prodrive says it took a new 2.5 litre cylinder block and shoved in a bunch of its own bespoke internal components, including new cylinder liners, pistons, con rods and a valvetrain with variable cam timing. Throw in a large Garrett turbocharger; a high performance intercooler and airbox; and an Akrapovic titanium and stainless steel racing exhaust system, and the end result is said to be over 400 hp and 600 Nm of torque.

All that power is routed to all four wheels via a six-speed X-shift sequential gearbox with helical gears and paddle shifters, which is accompanied by an AP Racing twin plate clutch, an active and adjustable electronic centre differential as well as limited-slip differentials front and rear.

For more WRC goodness, Prodrive also included a launch control system which combines the fly-by-wire throttle and clutch in the floor-mounted pedal box to automatically take the car through first, second and third gear for optimal acceleration from standstill without any driver intervention. When engaged, the P25 will get from 0-100 km/h in just 3.5 seconds.

The spec sheet also mentions MacPherson struts front and rear with machined aluminium uprights that can be tuned for camber and geometry optimised for the wider track. There are paired with Bilstein two-way dampers that are adjustable for compression and rebound, while the springs and anti-roll bars are optimised for tarmac handling.

2022 Mercedes-Benz EQS Gets Pricing for America

The Most Reliable Luxury Cars in the Past Five Years