Following the unveiling of the Mission R in early September at 2021 IAA Munich, Porsche is introducing another spectacular concept. The Vision Gran Turismo is the latest virtual race car for the video game and will be available with GT7 launching March 4, 2022 on the PlayStation 4 and 5. For the first time, the peeps from Zuffenhausen have teamed up with Polyphony Digital to create a vehicle that will only exist within your gaming console.

The mid-engined silhouette hints at a big combustion engine behind the rear seats, but in reality, the Vision Gran Turismo is purely electric. You won’t find any doors on the conceptual race car since accessing the cabin is done through the massive canopy at the front. Porsche’s now traditional four-point LED headlights feature a new look and have been mounted lower onto the front fascia. 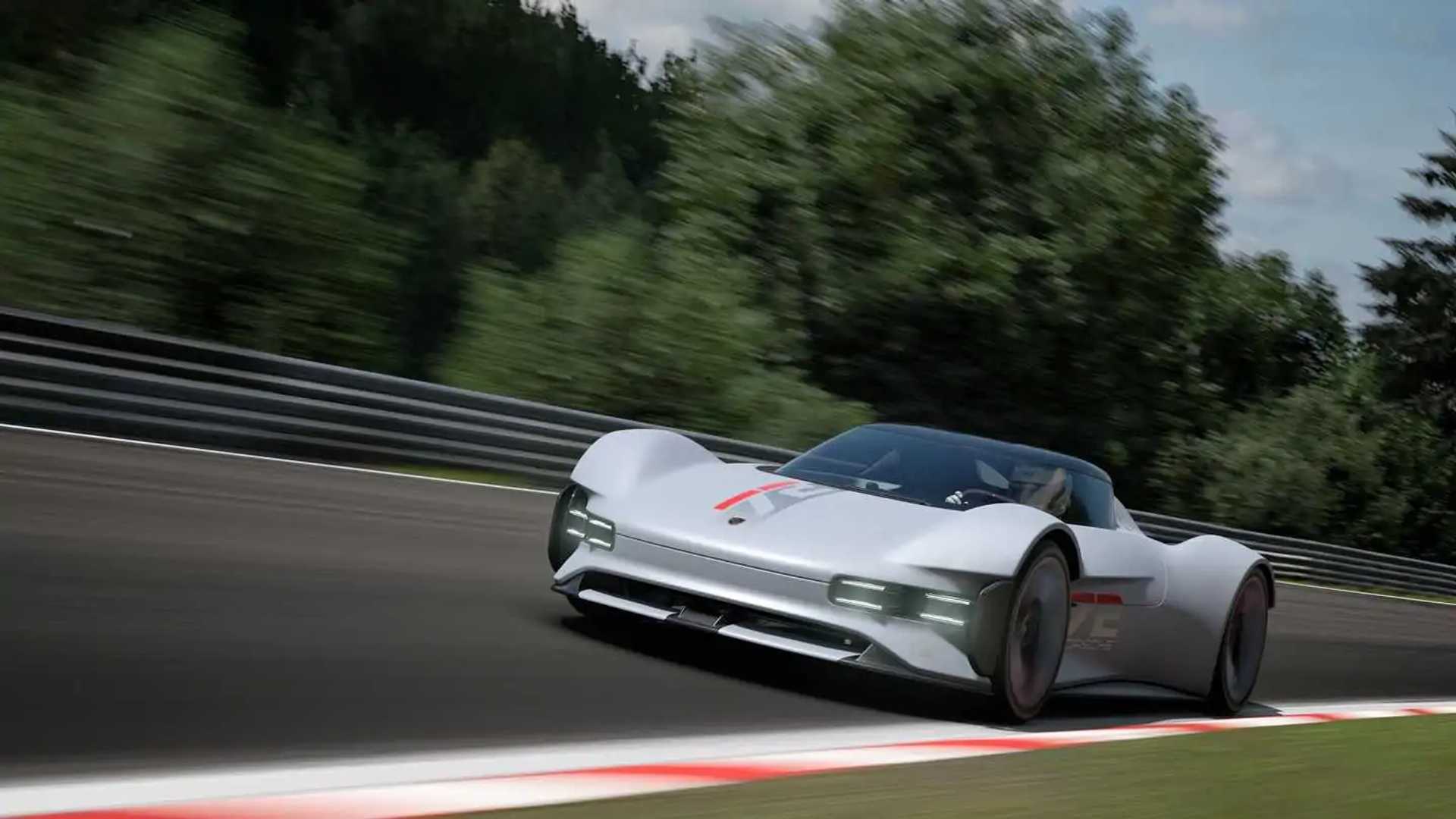 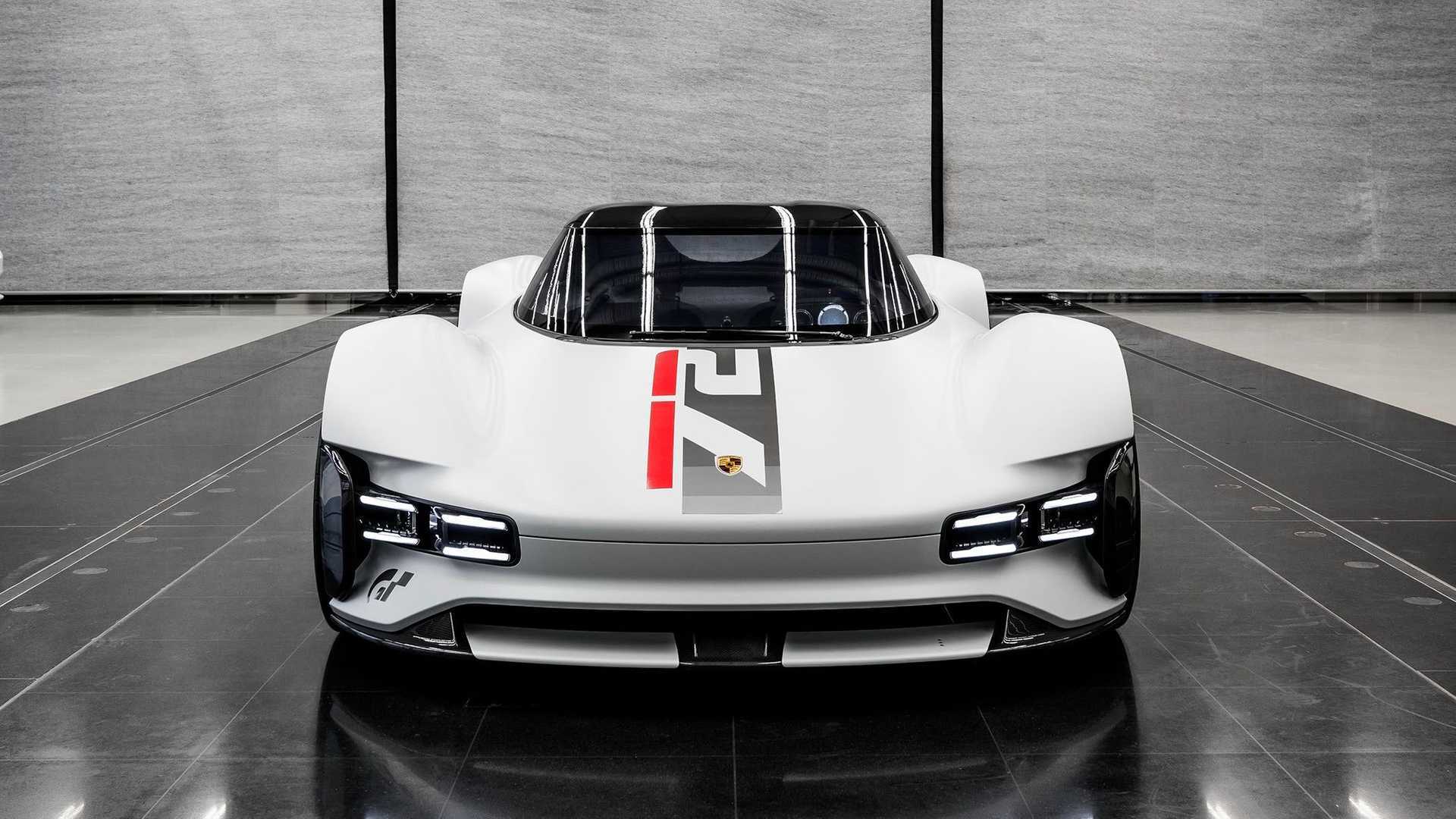 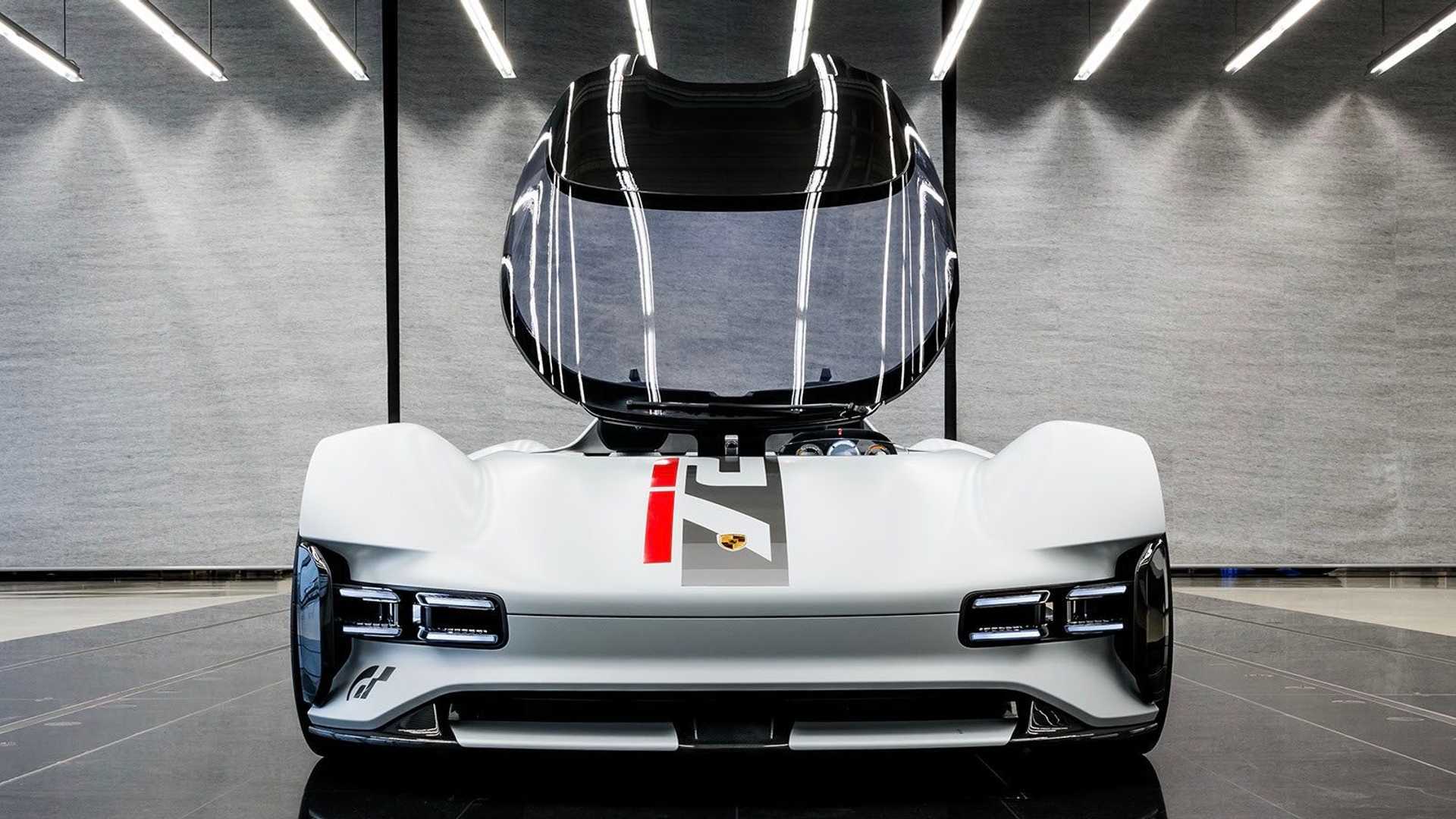 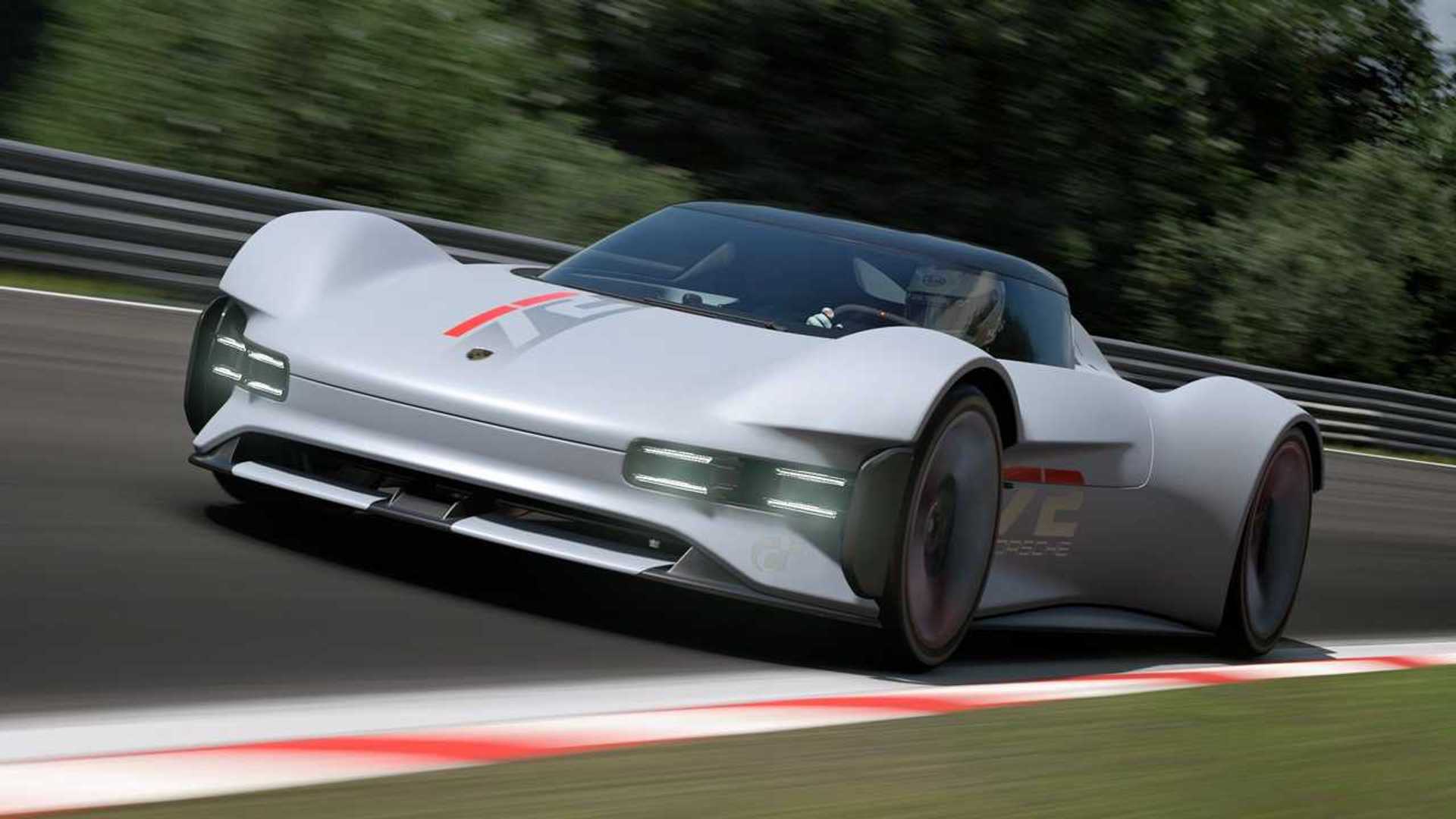 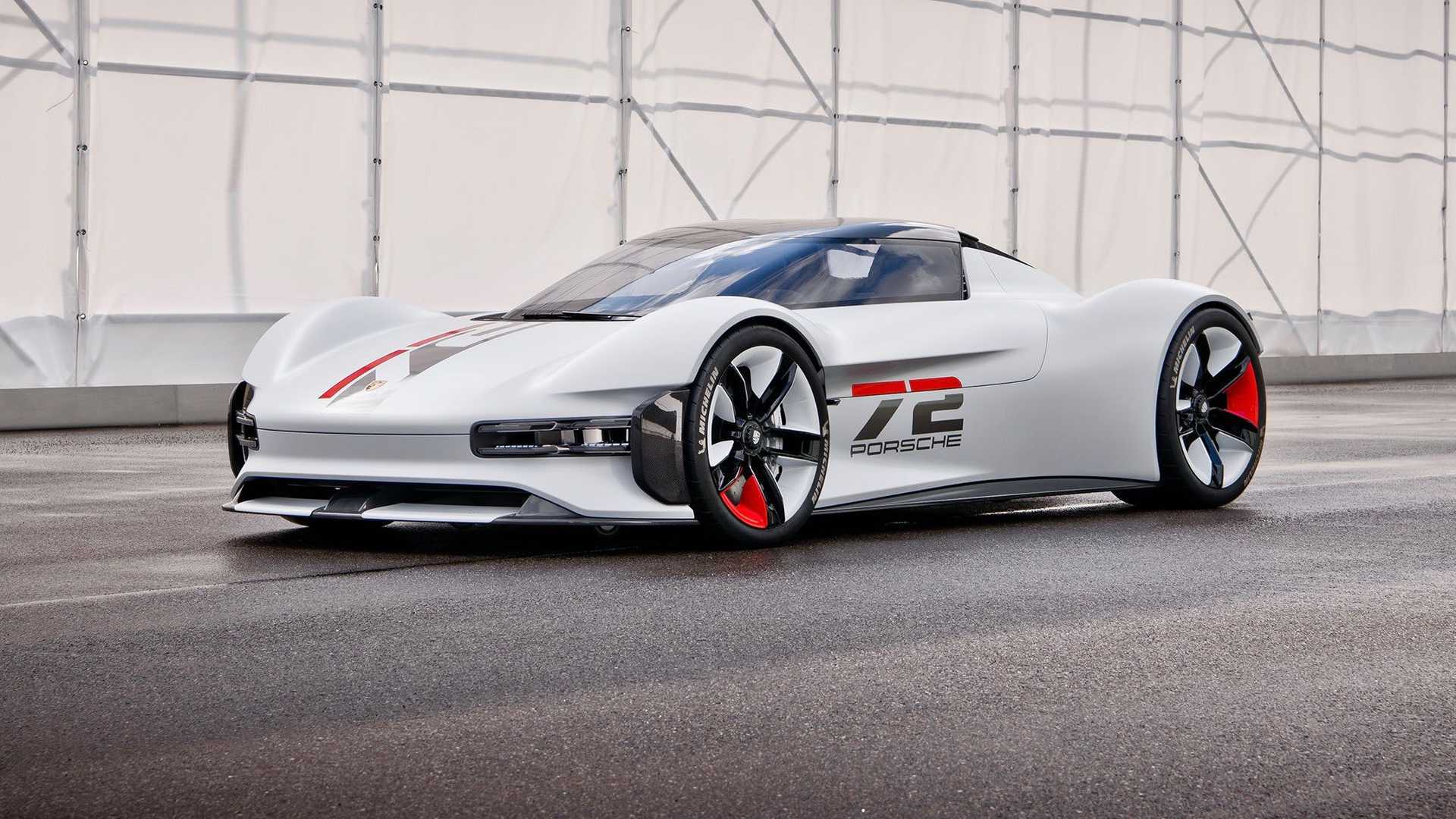 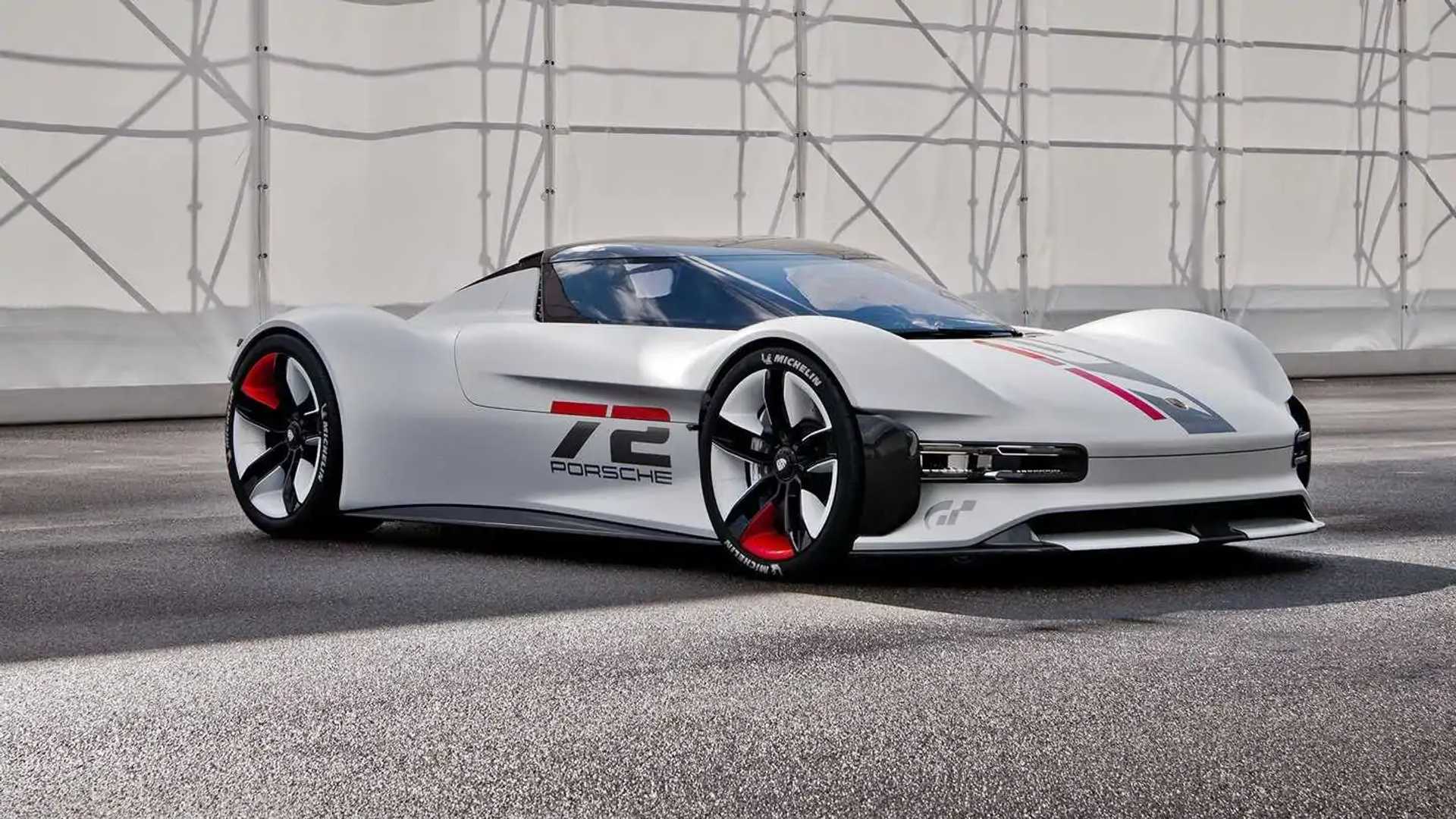 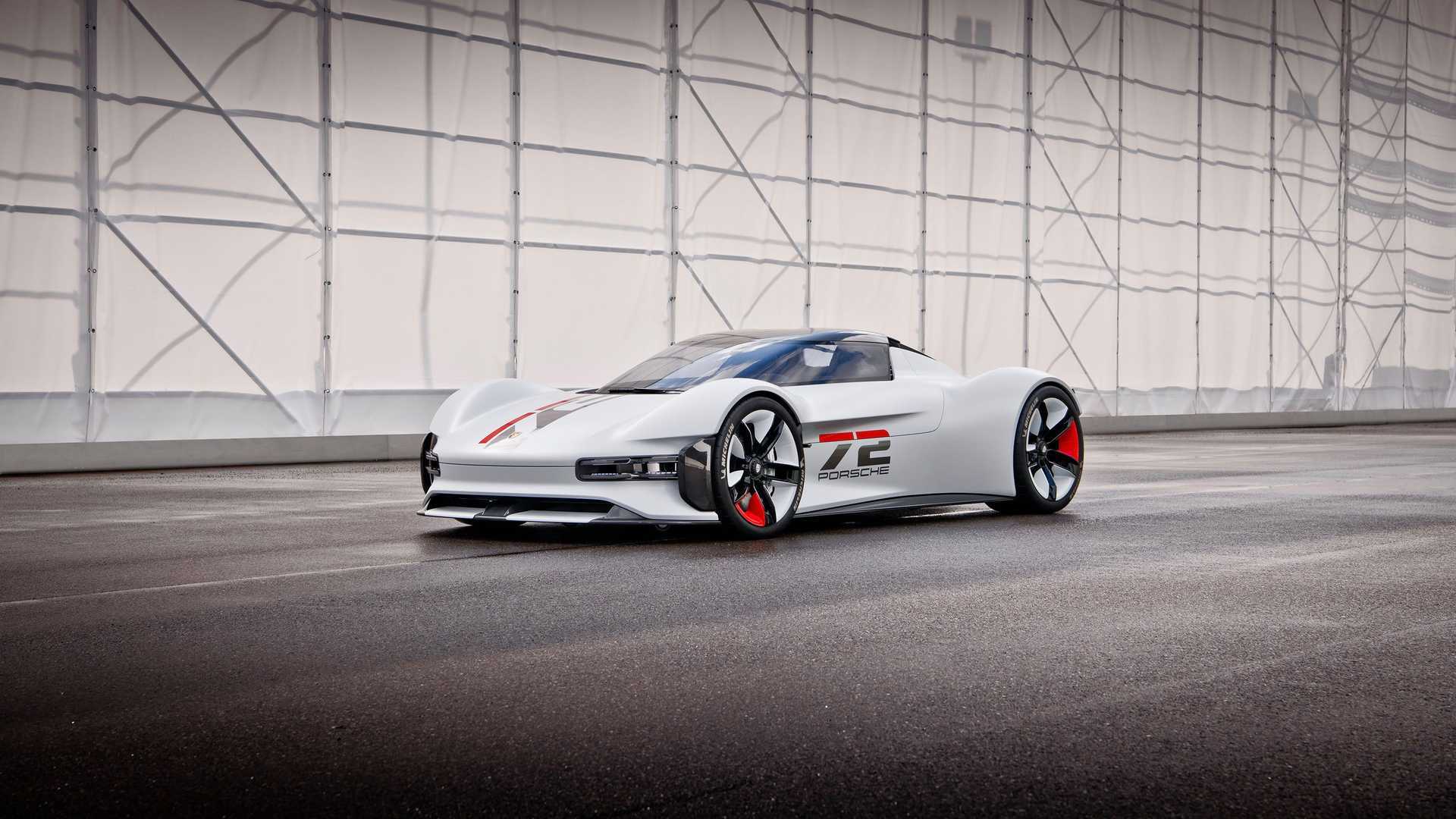 Speaking of the front, the splitter has active aero elements that move independently depending on the vehicle’s speed for better airflow. At the back, the spoiler also changes its configuration to generate additional downforce and keep the electric race car glued to the road. Since we’re at the EV’s derrière, the wide LED light strip is clearly derived from the Taycan to bridge a connection between reality and fiction.

Stepping inside the cabin, the driver-focused cockpit features most of the controls on the yoke-like steering wheel wrapped in Alcantara. Only vegan materials were used throughout the interior as Porsche is one of the many automakers promoting sustainability. Rather than having a conventional instrument cluster, the Vision Gran Turismo uses a hologram display that appears to be “floating” above the flat-topped steering wheel.

The seats have been mounted straight onto the monocoque for better torsional rigidity and the pedal box is adjustable. There’s also a heavy dose of carbon fiber and stripped-down door cards to shave off even more weight. You know it’s a proper race car when there’s a fire extinguisher mounted in the passenger’s footwell while the double-bubble roof creates enough space inside for helmets.

Porsche is being coy on details regarding the technical specifications, but with the game coming out in just a few months, we won’t have to wait much longer to discover how the Vision Gran Turismo has been imagined underneath its sleek bodywork.