With a six-figure price tag, the Cayman GT4 is already in 911 price territory as it costs $1,000 more than a base Carrera. Add the optional seven-speed PDK introduced for 2021 and the difference jumps by $3,210. It goes to show Porsche is not concerned about the 718 stepping on its bigger brother’s toes, and this overlap will be accentuated with the impending arrival of a Cayman GT4 RS.

Only a month after unveiling the GT4, boxer engine development manager, Markus Baumann, acknowledged the possibility of an even more track-focused “RS” variant. That was back in July 2019. We’re only one day away from 2021 and the ultimate Cayman still hasn’t been revealed, but we have something to ease the wait. 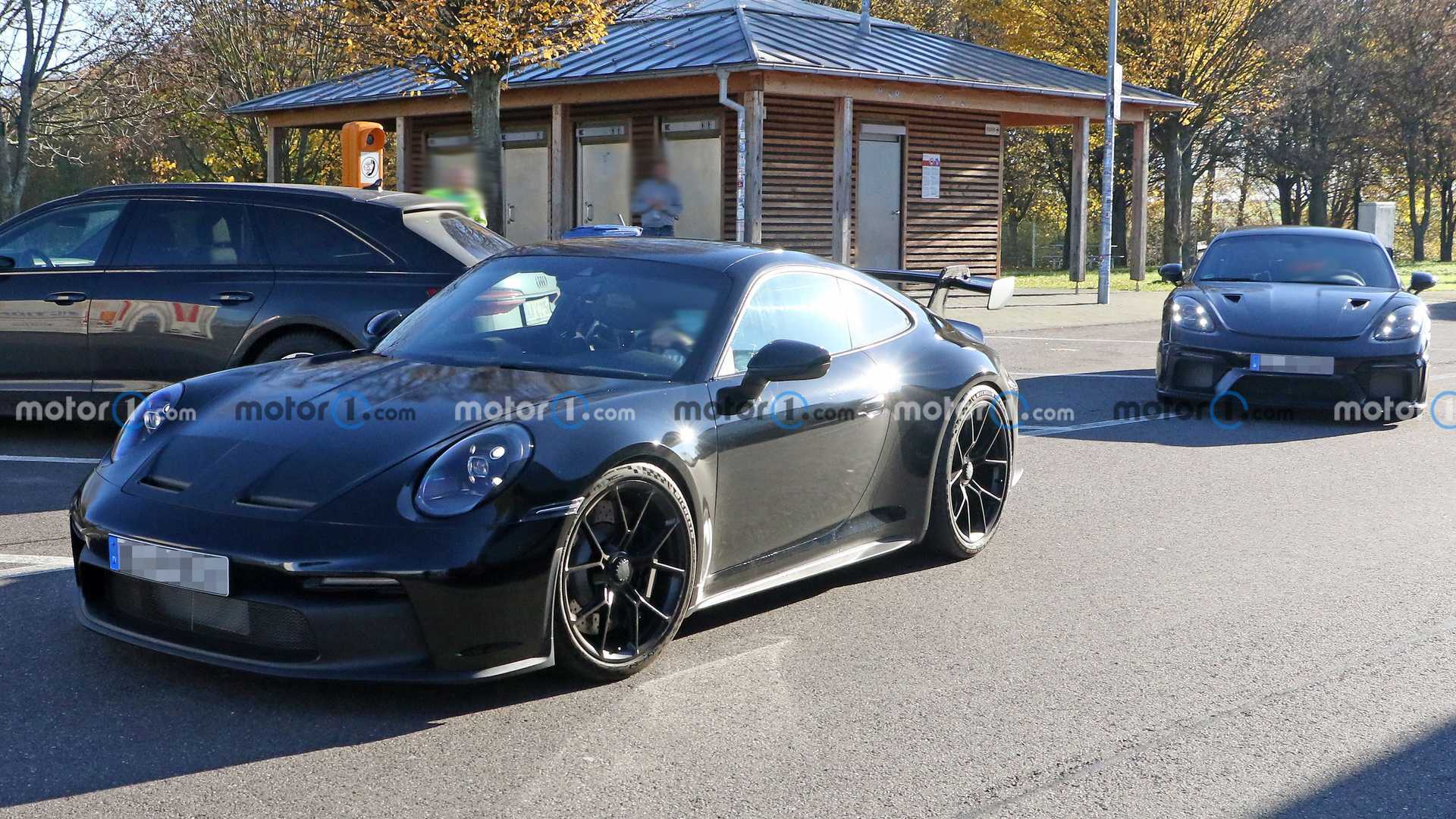 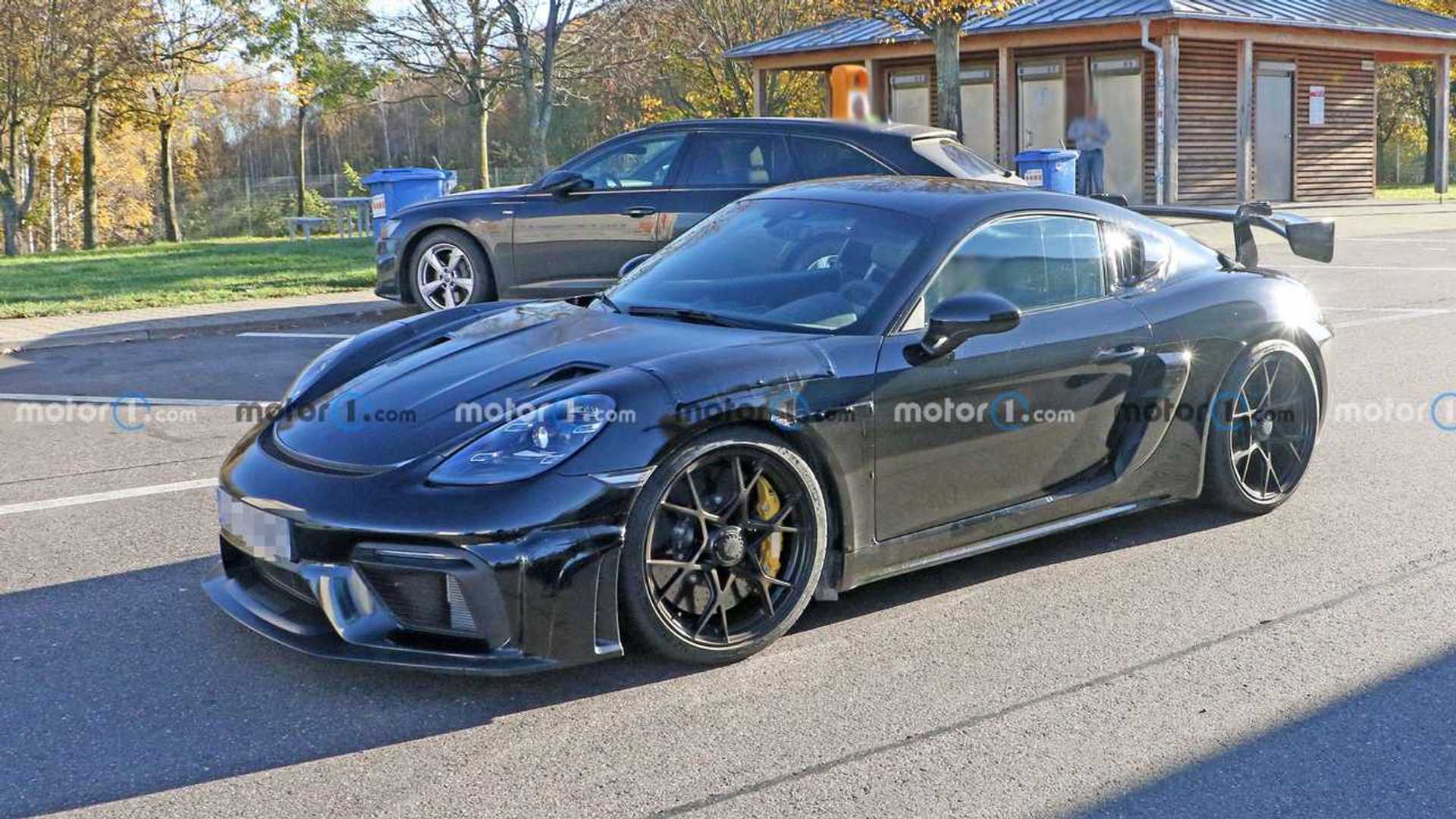 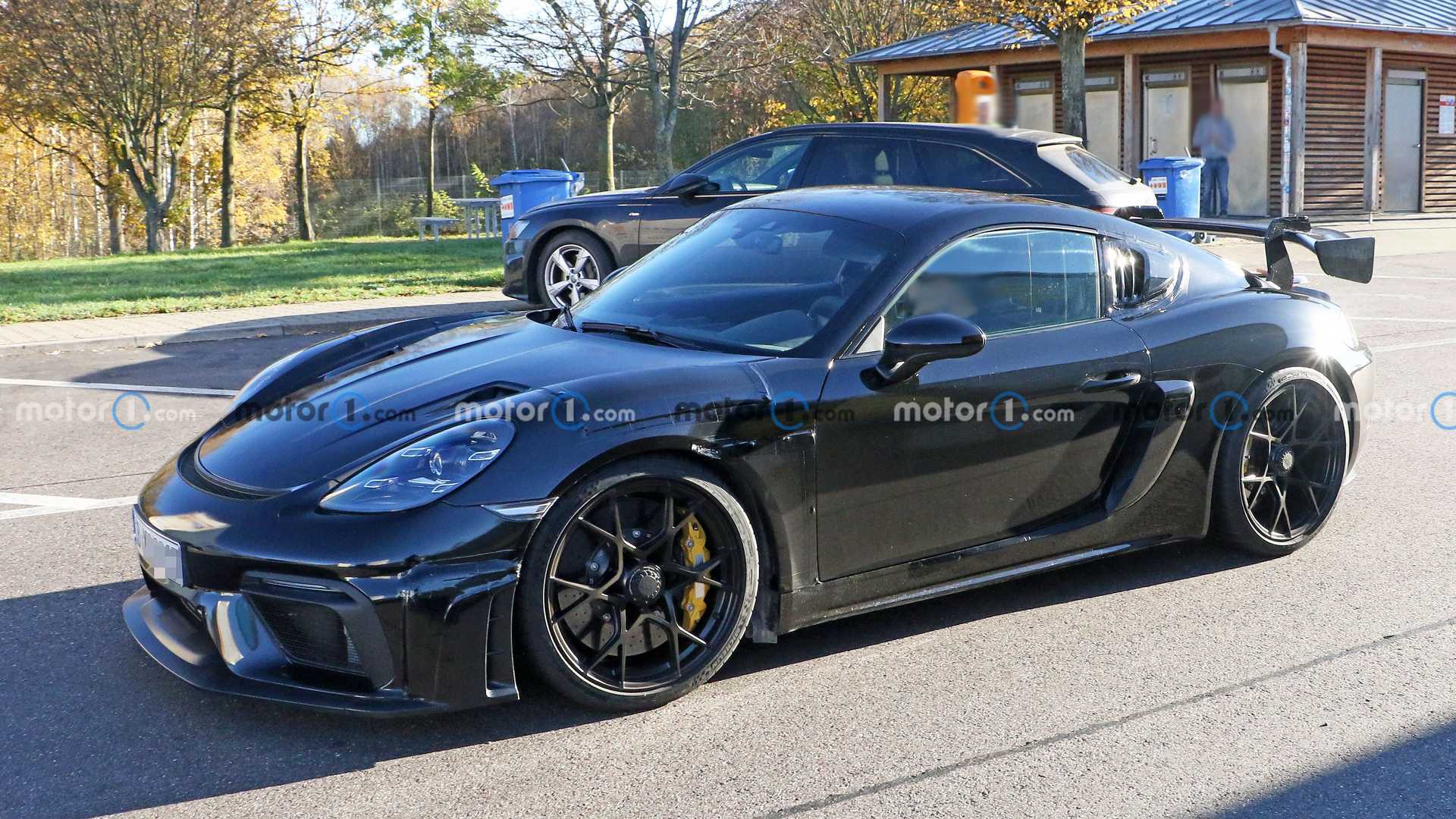 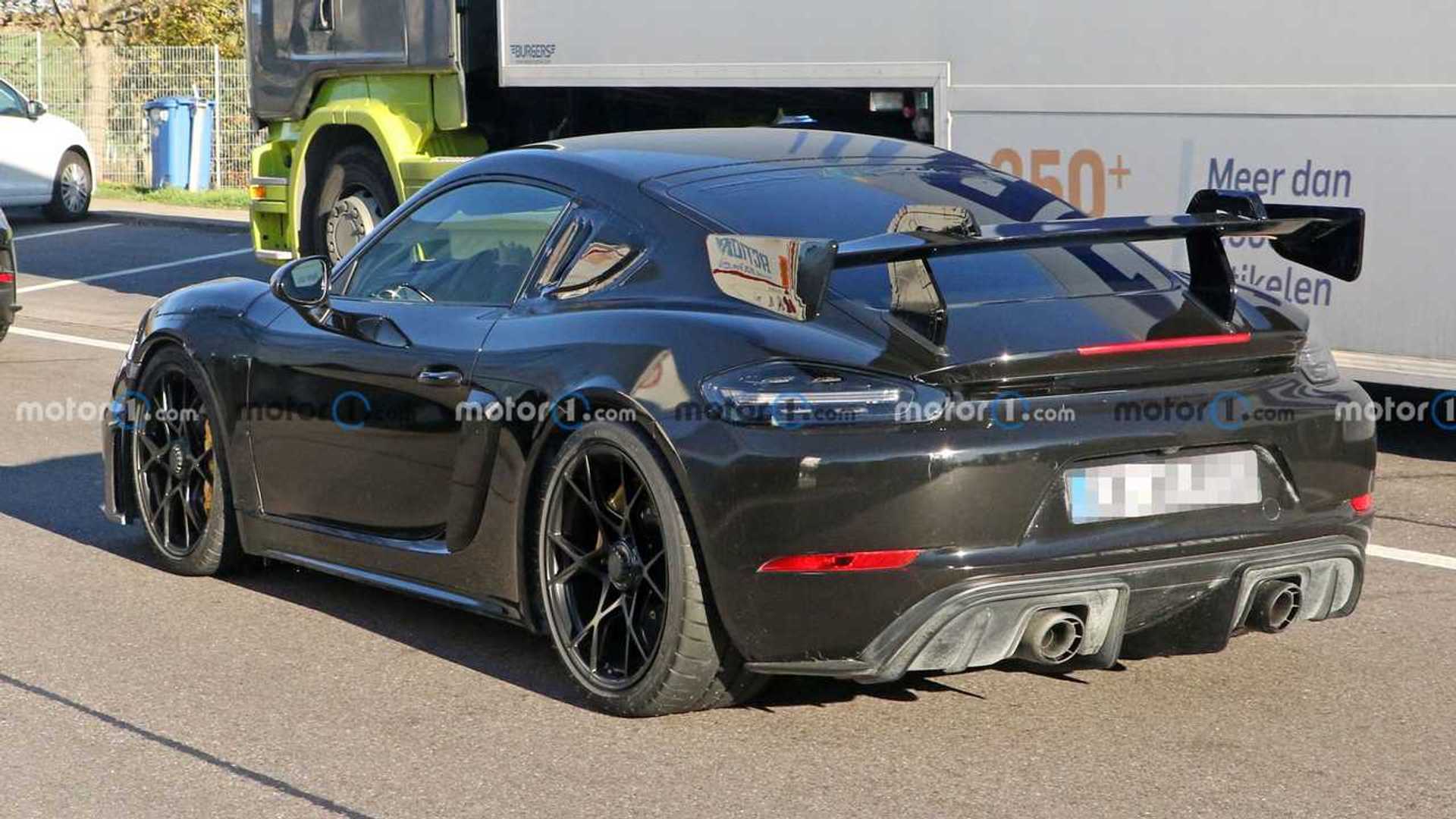 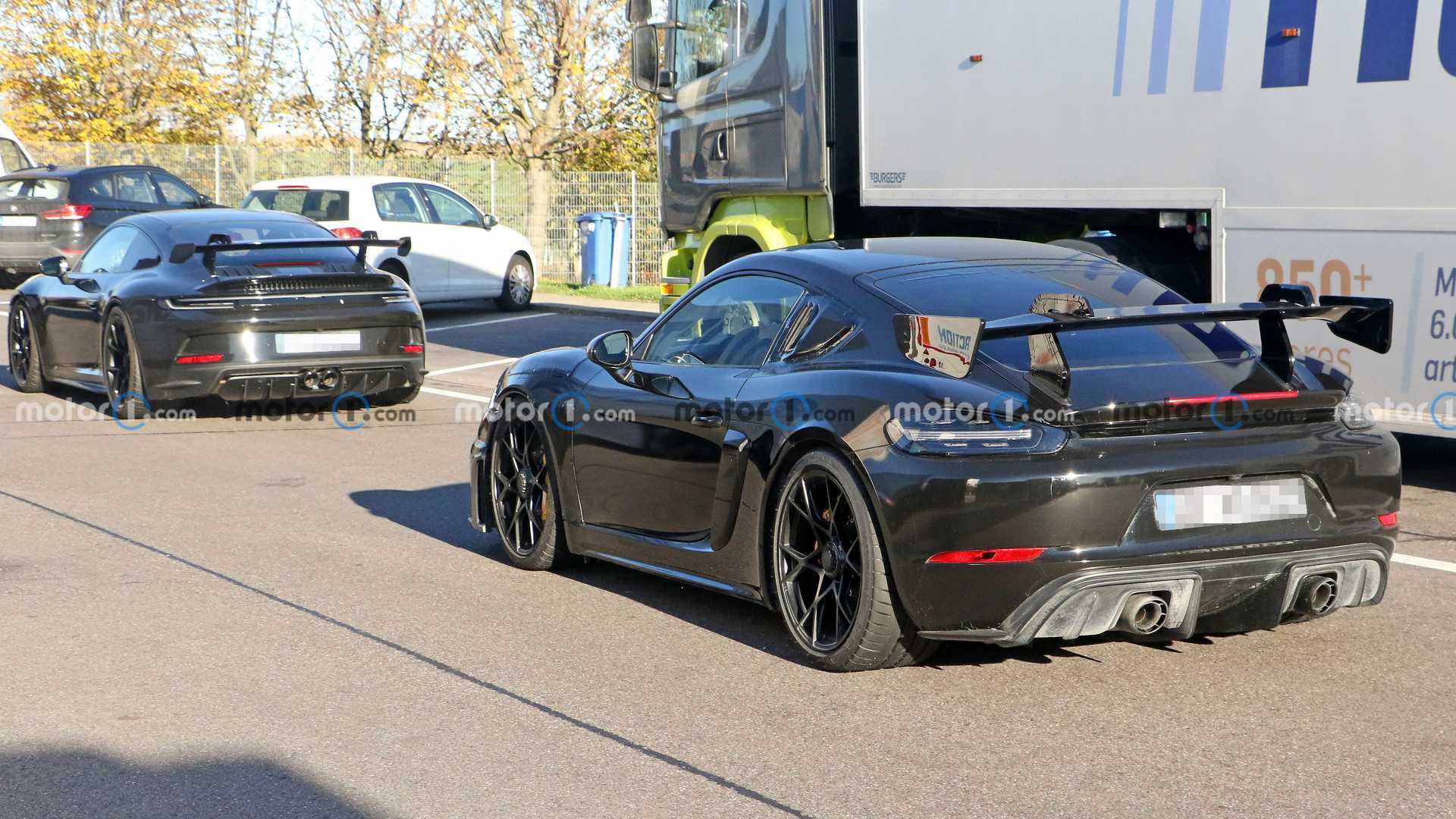 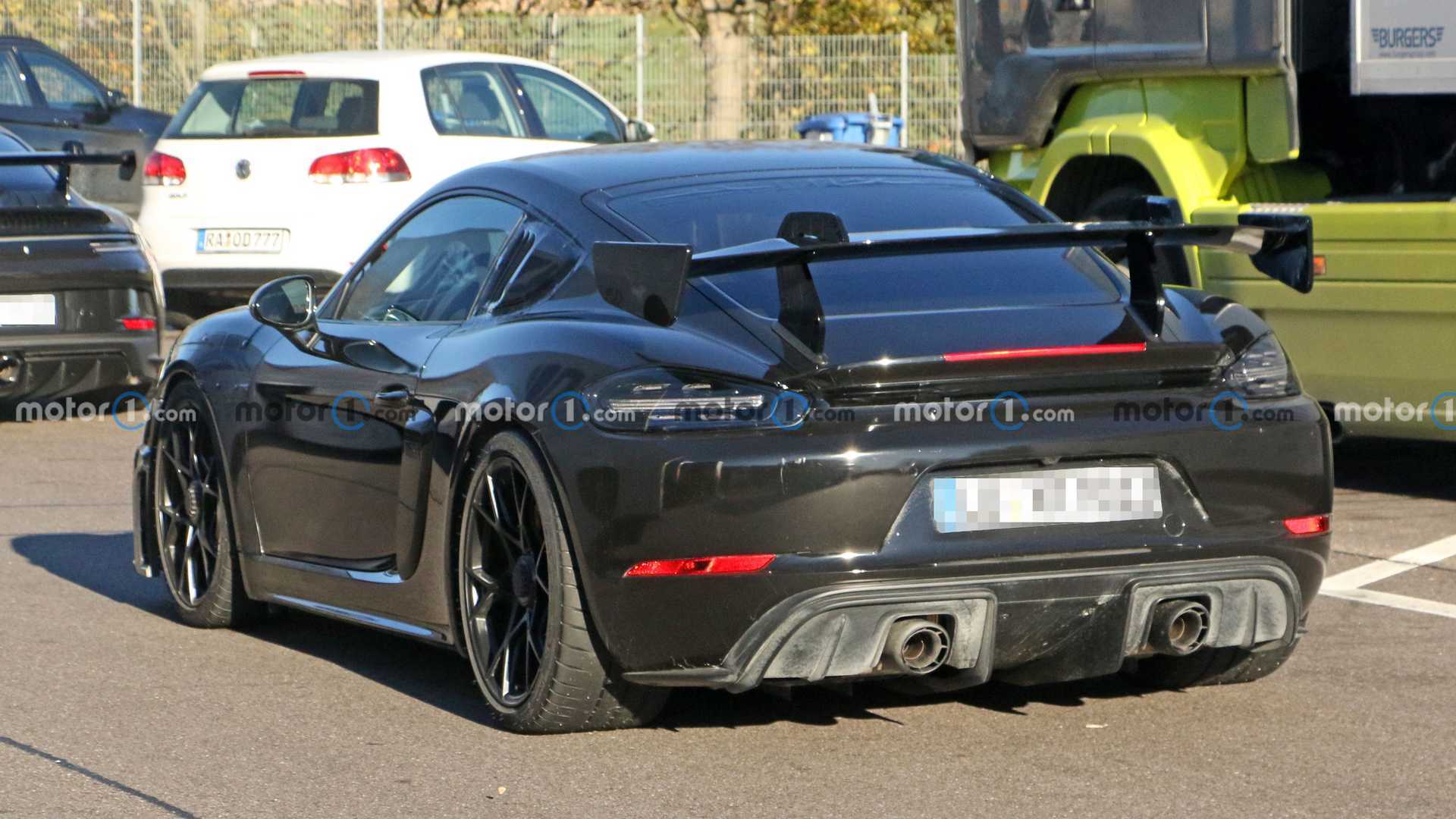 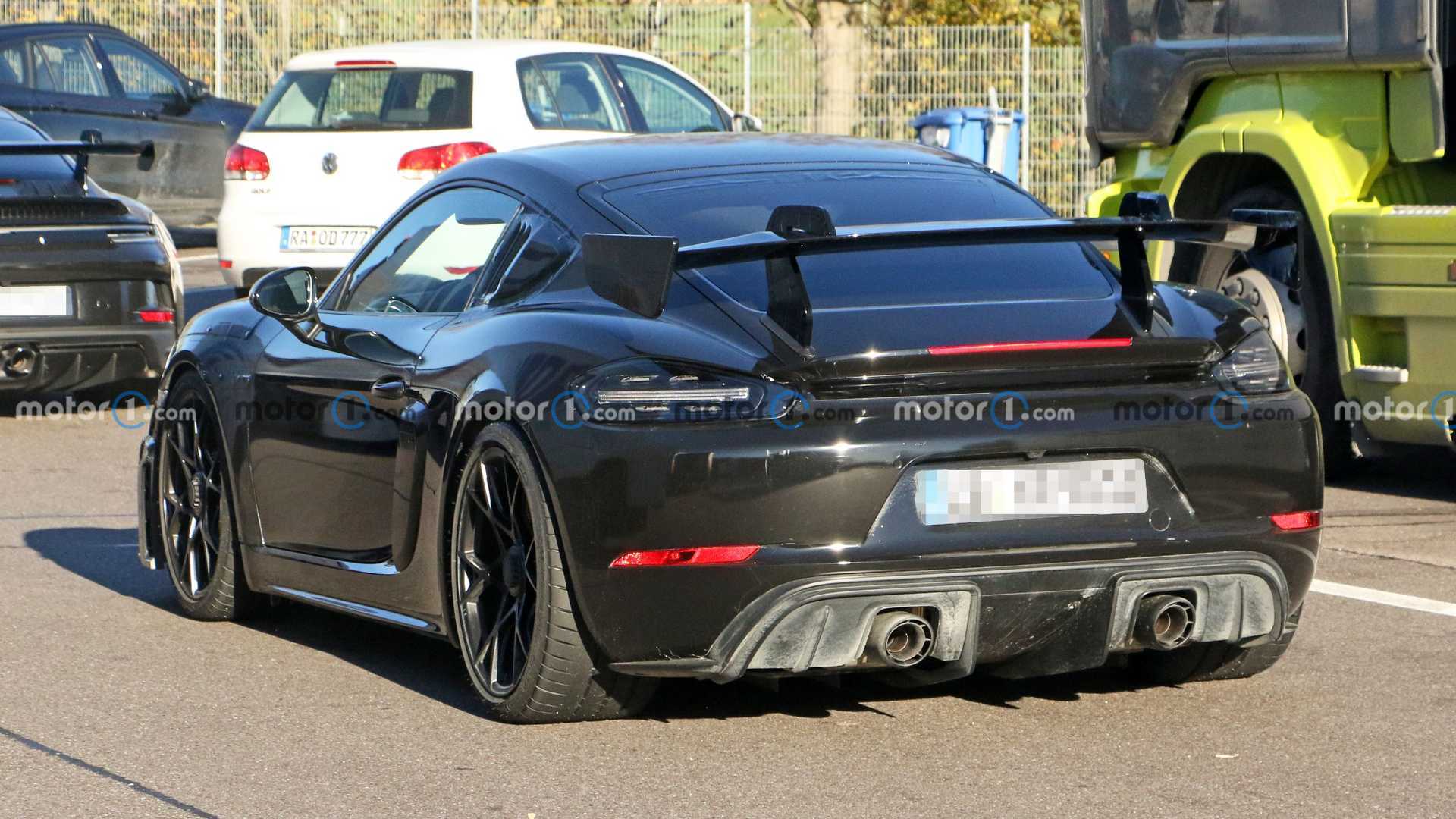 A fresh batch of spy shots allows us to get better acquainted with the top dog in the 718 family and its aggressive aero. The prototype was spotted sharing the public roads with another upcoming GT model, the new 911 GT3. We’ve also attached some previously unseen spy shots taken at the Nurburgring back in October.

You might be tempted to believe the test vehicle doesn’t have any camouflage, but it appears to be hiding front fender vents and there’s also some sneaky disguise on the corners of the front bumper to conceal the air intakes. Aside from the look-at-me wing at the back visibly larger than the GT4’s, one other major change is the adoption of center-lock wheels. We can also notice the exhaust tips have a slightly more aggressive design while remaining housed within a similarly designed diffuser.

While the standard 718 Cayman GT4 has to make do with “only” 414 horsepower, the beefier RS is said to pack close to 500 hp from a naturally aspirated 4.0-liter engine. Beyond the reworked aero and more oomph, Porsche is expected to work on the suspension and brakes for the flagship Cayman.