The Polestar 2 gets important improvements for the new model year, ranging from purely visual tweaks to additional tech and a larger range at a single charge. All of them are obviously welcomed, but the prospective buyers will probably be most excited about the new cell chemistry of the battery pack, which brings a healthy power and range boost.

In the Polestar 2 Standard with a single electric motor, the battery now has a capacity of 69 kWh. The range increases from 273 miles (440 kilometers) to 294 miles (474 km) at a single charge, but bear in mind these numbers are measured according to Europe’s generally more generous WLTP cycle. No EPA-certified numbers are available yet.

Gallery: Polestar 2 Arrives In US 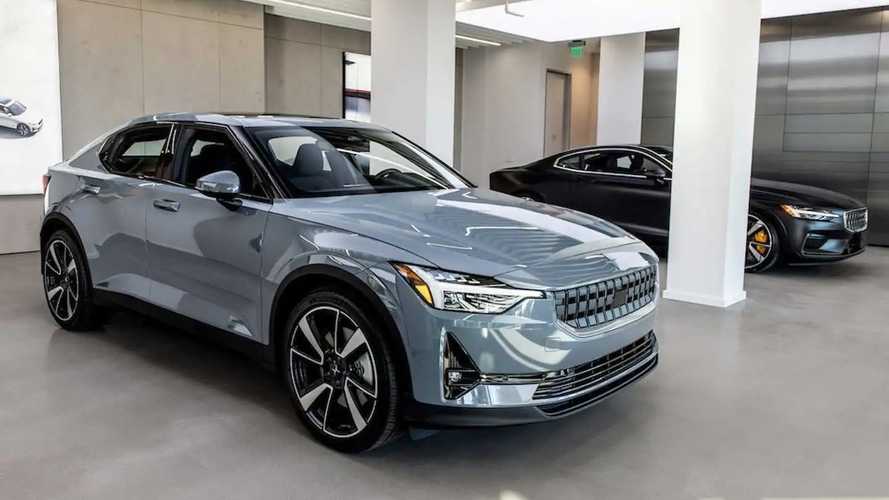 Another improvement thanks to the battery upgrade and a software update comes in the form of faster charging, now with speeds of up to 130 kW. The electric motor’s peak output, in turn, increases from the previous 224 horsepower (165 kilowatts) to 228 hp (170 kW).

Last but not least, the production of the Polestar 2 will now be greener thanks to the integration of an aluminum battery casing made from smelters that use renewable energy. There’s also a pilot project for replacing the aluminum used for the wheels from the same source, with the two measures combined expected to save around 2,976 pounds (1,350 kilograms) per car.

In support of the same green strategy, Polestar sells a vegan upholstery option for the electric crossover and there’s now an improved Nappa leather with greater sustainability credentials.

On the visual side, Polestar 2 now comes with a new standard, no-cost color – Magnesium, while two new optional colors are added, too – Space, replacing Void, and Jupiter, replacing Moon. The standard 19-inch wheels, as well as the optional 20-inch rims, receive a refreshed design. From Polestar’s tech department comes an optimized heat pump, which now works best between -7 degrees Celsius and 25 degrees Celsius (19.4 to 77 degrees Fahrenheit).

Lamborghini Is Bringing the Countach Supercar Back