It could receive a plug-in hybrid powertrain.

Peugeot’s planned 2023 return to the US is still shrouded in secrecy. The model lineup remains a mystery, though one likely candidate that could go on sale here is the new Peugeot 308 that the automaker is currently developing. Spy photos show the hatchback out cold-weather testing near the Arctic Circle in Sweden. The test vehicle in the pics re-added a layer of swirly camouflage that again covers the car’s finer styling details.

The third-generation 308 will ride on an adopted EMP2 platform with the car’s overall dimensions remaining similar to those of the current hatch, pairing it with the French automaker’s latest design language. Spy photos from earlier this month had the hatch wearing a tight black wrap, revealing an angular front-end design that featured the fang-like (vertical) daytime running lights found on the larger 508. Discerning the rear-end design is difficult with the added layer of snow, but it should feature stylized taillights and a sporty-looking bumper. 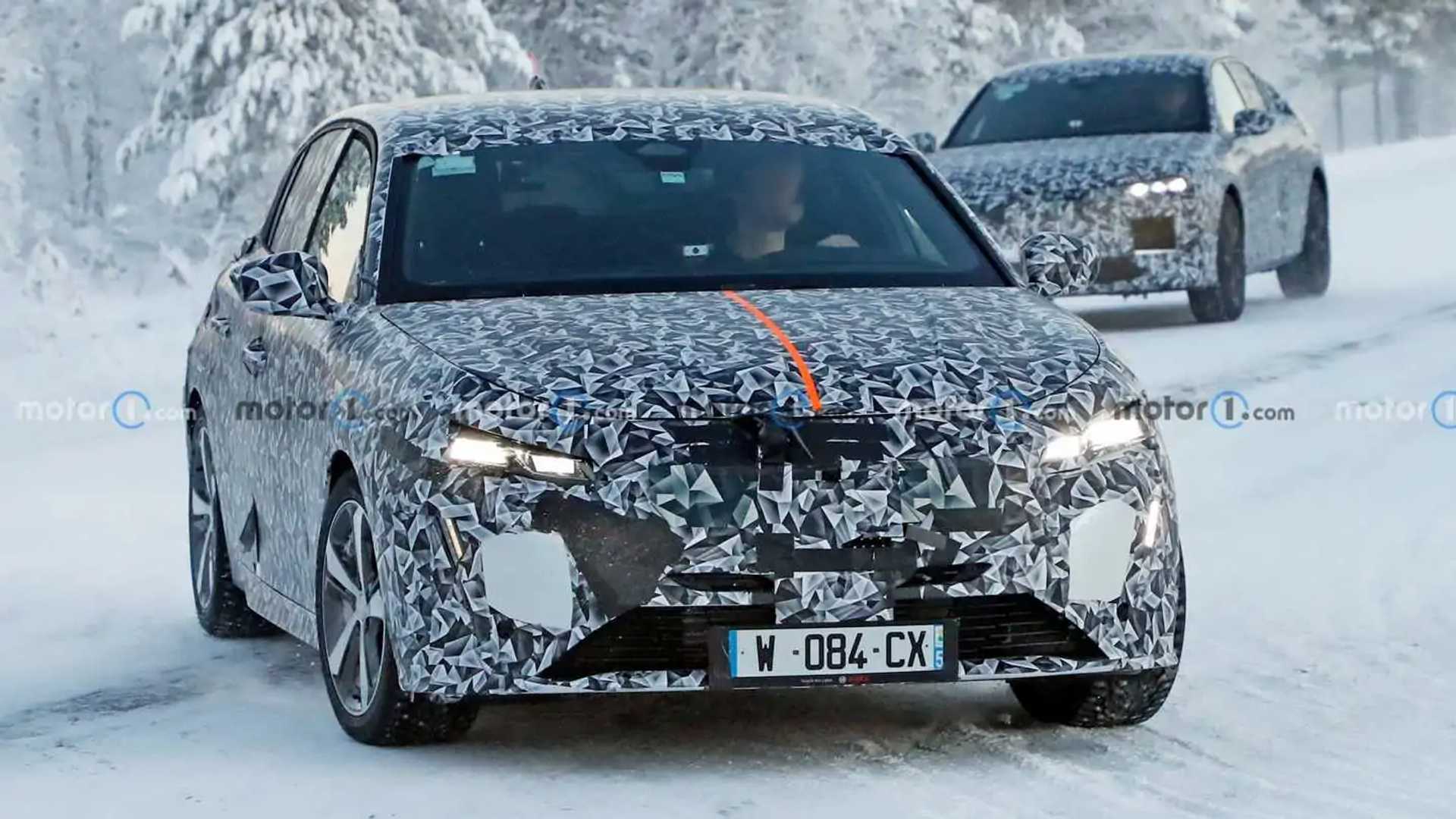 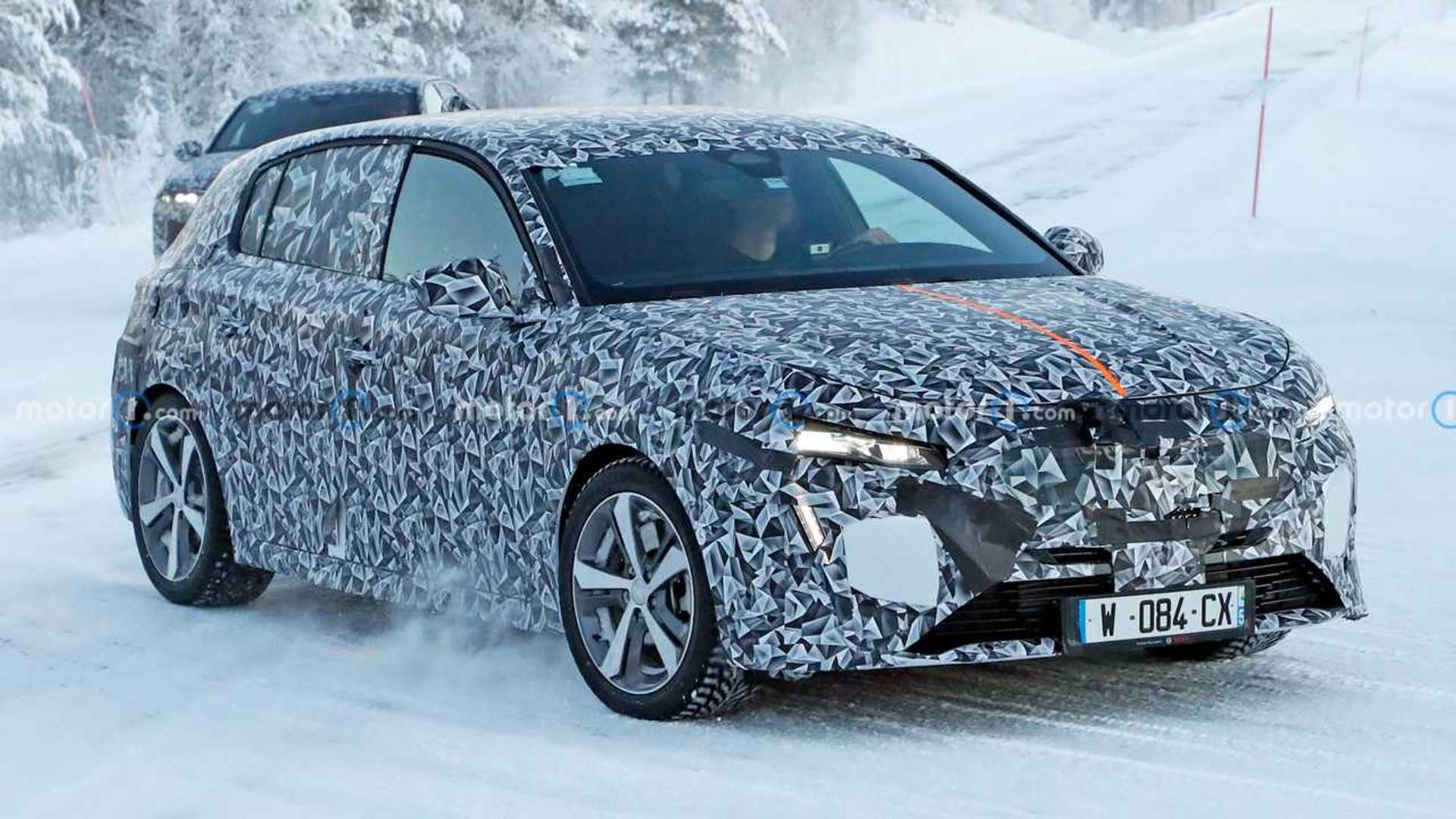 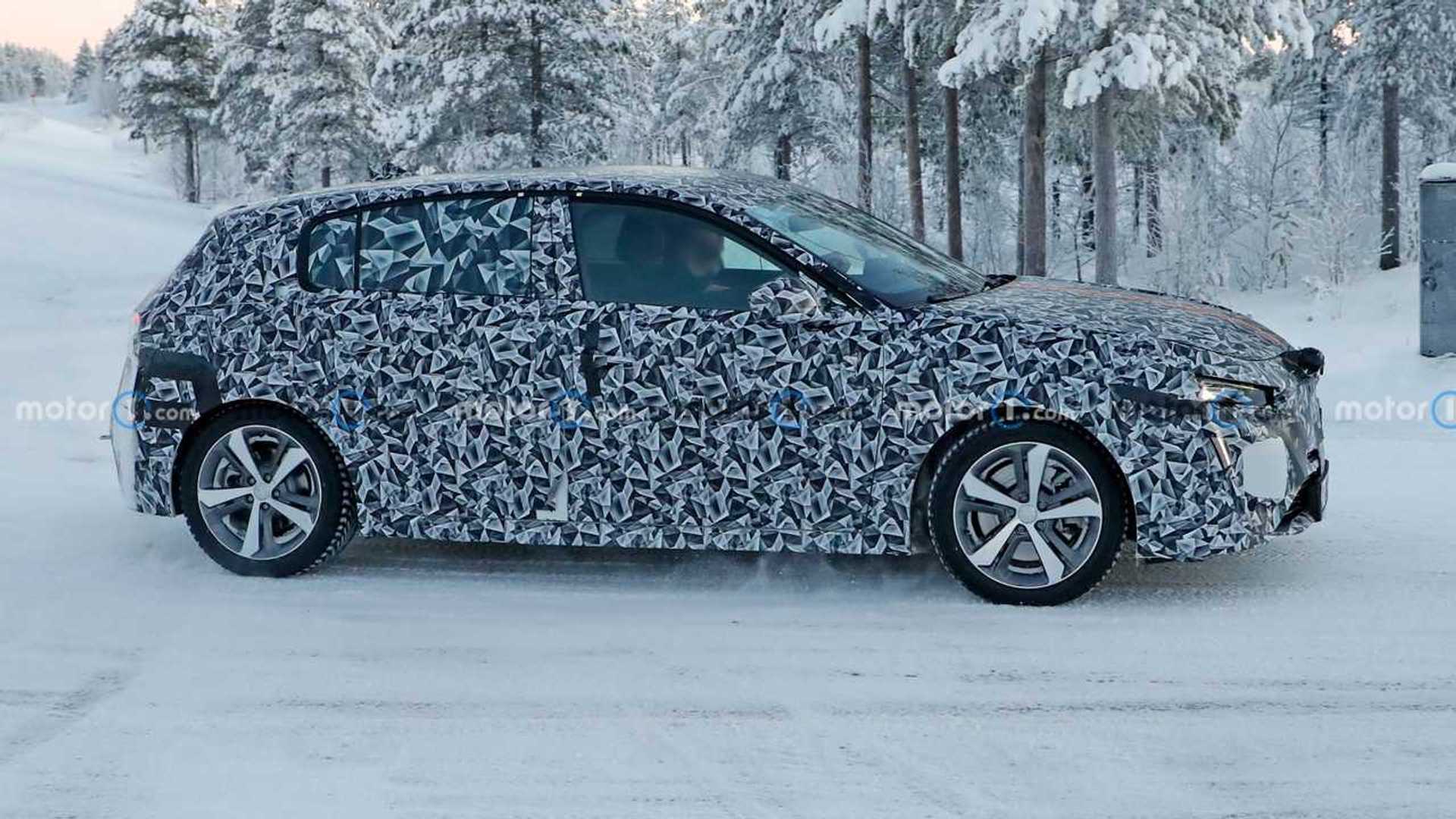 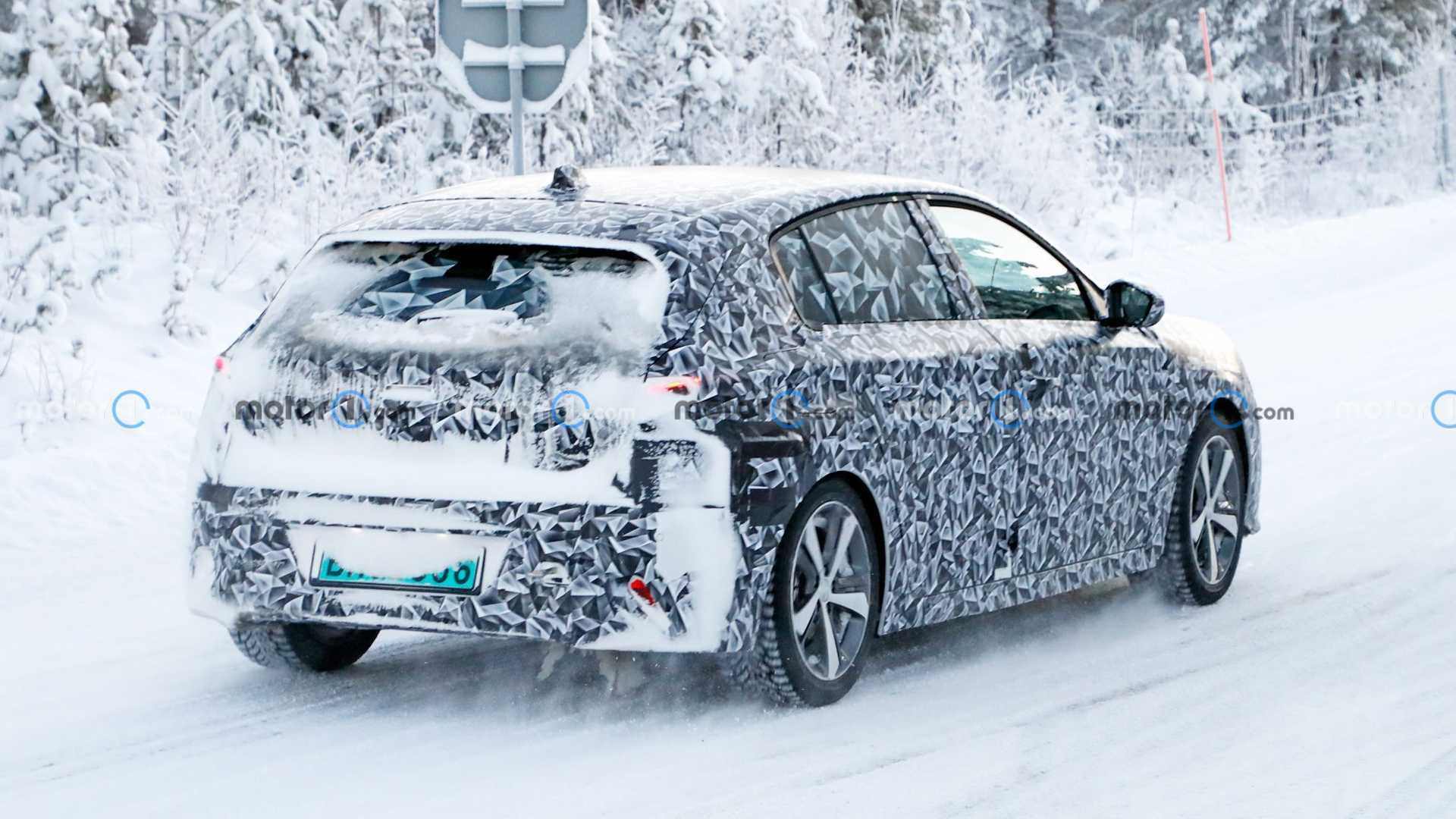 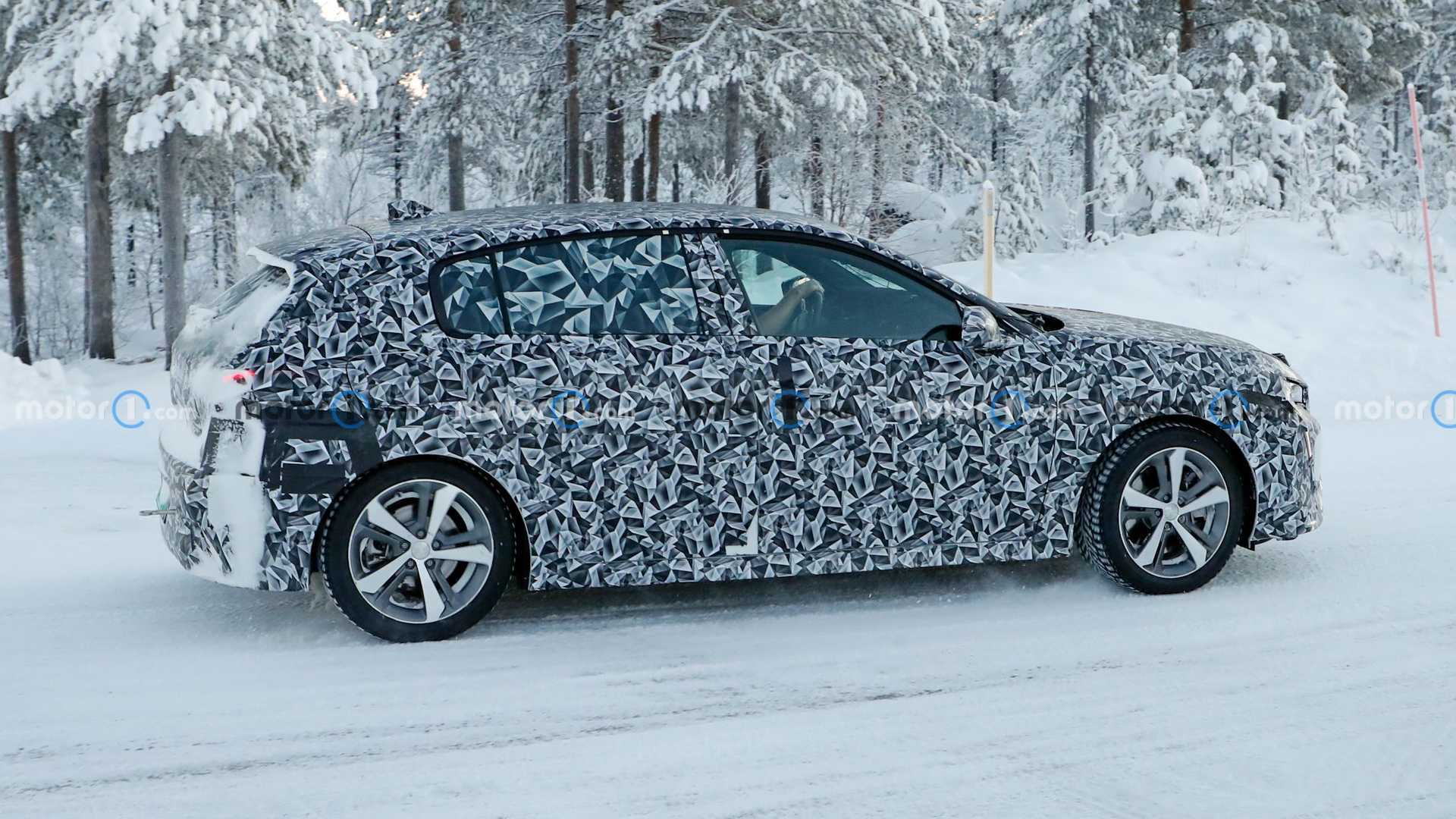 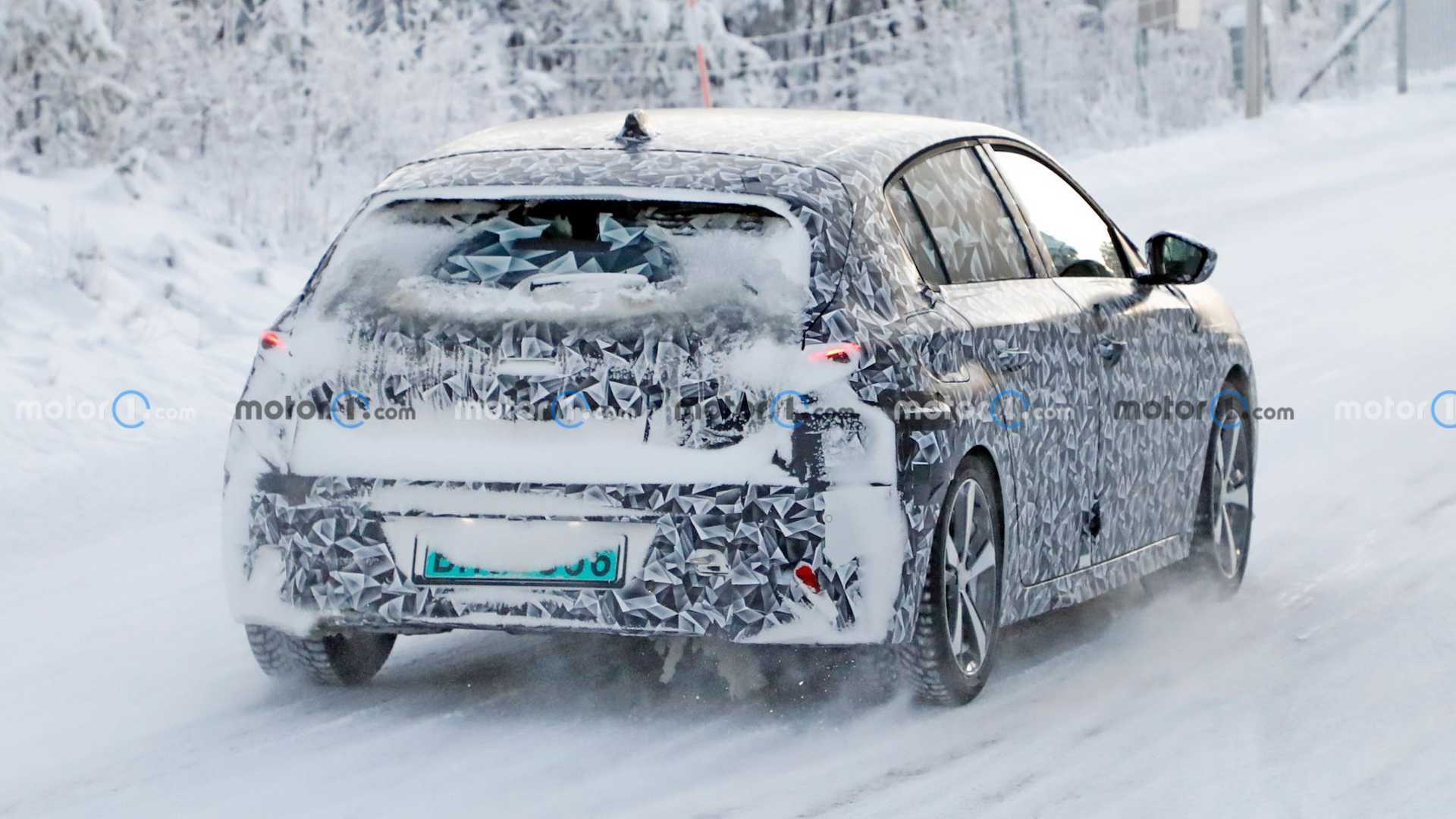 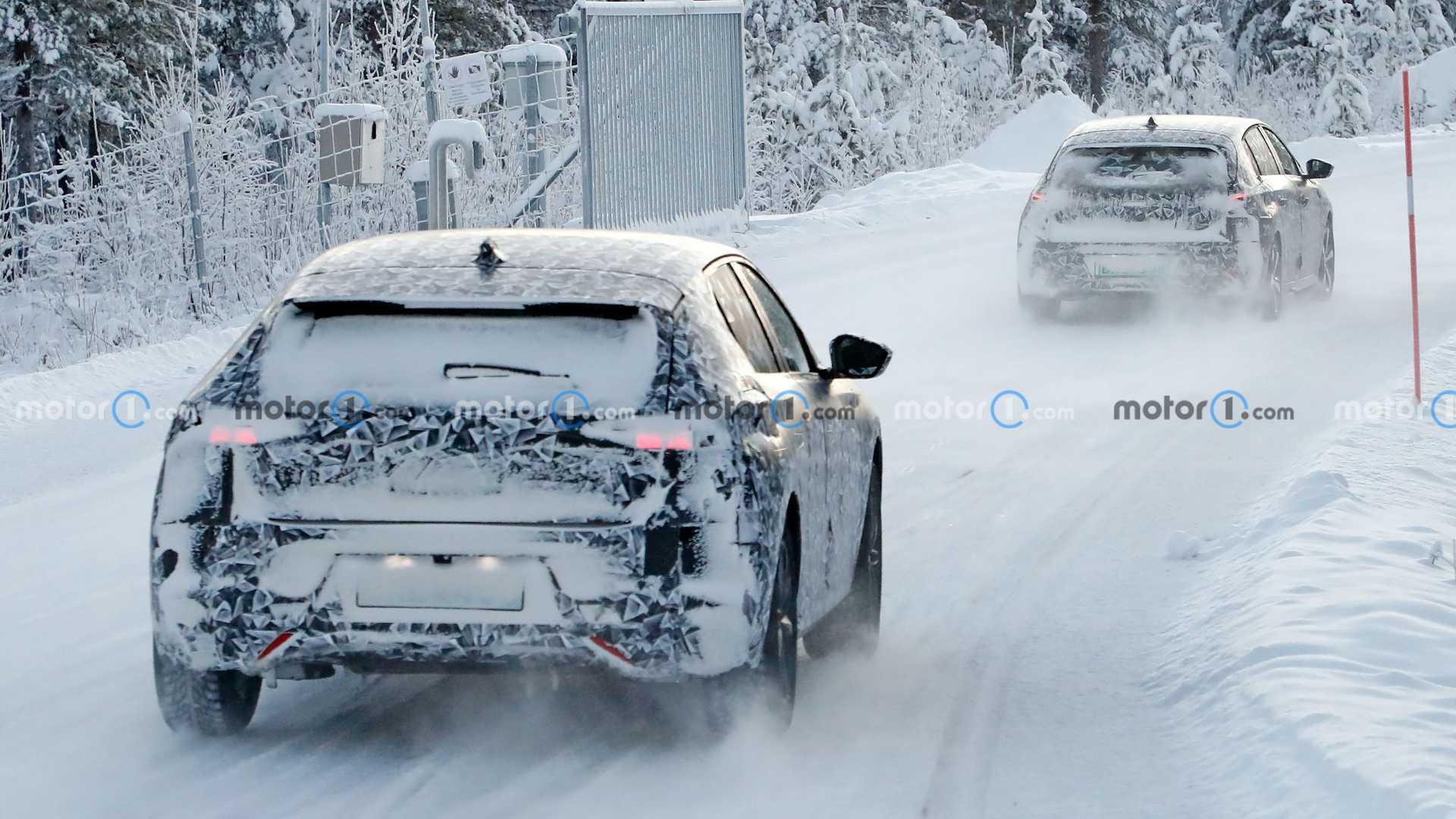 The 308 will offer a hybrid powertrain, though the rumored plug-in model could be available in several power variants, including one producing 225 horsepower (167 kilowatts). However, there are also rumors of a 308 Peugeot Sports Engineering model that would put the 300-hp (223-kW) powertrain of the larger 508 into the hatchback. It’d be a hybrid paired with an all-wheel-drive system. The new Peugeot 308 will also be the company’s first model to wear its new badge.

It’s unclear when the new Peugeot 308 will debut. Rumors continue to suggest that Peugeot will pull off the covers in early 2021 before the model goes on sale later in the year. The company will offer the compact model as a hatch, wagon, and sedan, though the US would likely only receive the hatch and sedan variants as US consumers continue to dislike wagons. We’ll keep an eye on Peugeot and the 308 as we approach the automaker’s return.