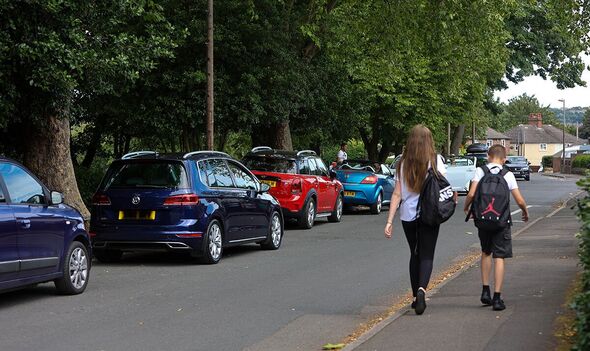 Parents and carers are warned “idling” – leaving the engine on while stationary – at the school gates could result in them getting a £20 fine.

Around 11 per cent of drivers fail to turn off their engines while waiting outside school, new research released today shows. This is called “idling”, for which local authorities can issue drivers fixed penalty notices (FPN) for emission offences. If this isn’t paid within four weeks, it can double to £40.

It wastes fuel, damages the environment and is harmful to children’s health.

Motorists are now being urged to wrap up with extra coats, hats and gloves so they don’t need to keep the engine running to fuel the heater, reports Liverpool Echo.

Greg Wilson, founder of car insurance price comparison platform Quotezone.co.uk, said: “It can be tempting to leave the engine running during the colder, darker months but drivers need to be aware that by running their engines, they are wasting fuel and potentially damaging the health of the school children who may be breathing in harmful fumes.

“Vehicle emissions are especially harmful for kids as they breathe more rapidly than adults and therefore take in more pollution. They’re also costing themselves money by burning fuel they could be conserving and that’s not to mention the long-term damage to the environment and the air quality.”

Researchers polled 1,000 motorists to ask them about their school run habits.

Parking during the school run is often a controversial issue.

Stoke-on-Trent City Council last week introduced a new scheme, by which only those with a permit can park near a school in the Meir neighbourhood of the city.

The move was praised by residents, including 55-year-old Susan Worsdale. She said: “I welcome the permits as I can’t get on my driveway. I finish work at 2.30pm and I have to try and rush home to get on my drive before the parents block it. Sometimes people park on my drive.

“It is unbelievable. You get the looks. I tell them I live here. They do not seem to care. I have got a drive. I don’t really need to pay for a permit.”