NIO ups the ante with its Aquila NAD system.

NIO Autonomous Driving (NAD) brings safer and more relaxing autonomous driving from point A to point B, gradually covering cases such as on expressways, urban, parking, and battery swapping. – NIO

Aquila can generate 8GB of data per second and NIO Adam features four NVIDIA Orin supercomputers on a chip (SoCs) with a total computing power capable of 1,016 Tera Operations Per Second (TOPS). 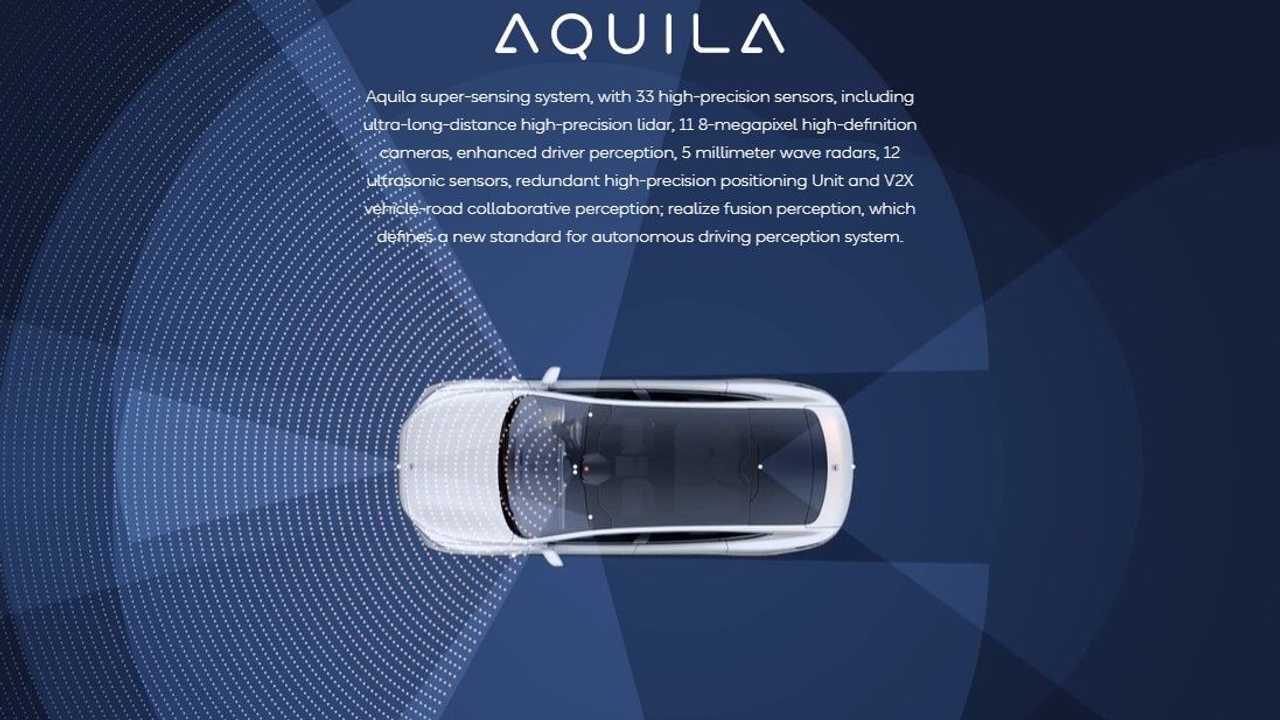 For comparison, Tesla’s autopilot uses eight 1.2MP cameras in the Model S and the ET7 will have eleven 8MP cameras. As for computing power, Tesla’s employs two FDS chips with 144 TOPS compared to NIO’s four NVIDIA chips capable of performing 1,016 TOPS. Additionally, NAP will also add the use of a LiDAR system, which Tesla does not use.

Tesla CEO Elon Musk has been adamant that LiDAR isn’t necessary for fully-autonomous vehicles, a position that isn’t shared by many industry experts.

However, Telsa’s vehicles are available today, and Telsa has already released a version of its Full Self Driving to a small pool of customers for early access testing. NIO won’t be releasing the ET7 for at least another year, sometime in the “first quarter of 2022”.

NIO competitor Xpeng Motors recently announced it will begin using LiDAR in early 2021. When that happens, Xpeng will be the first manufacturer to use LiDAR in a production electric vehicle.

The ET7 is also a very slippery sedan and boasts a low drag coefficient of 0.23 Cd and NIO claims the ET7 is designed to meet both China and Euro NCAP five-star safety standards. There will be 70 kWh and 100 kWh battery options available at launch (the same options existing NIO vehicles have), but later in 2022 NIO will introduce a 150 kWh battery option that will have a 1000 km (620 mi) range using the generous NEDC range test.

The 150 kWh battery pack option will not be available until late 2022.

* BaaS – Battery as a Service

We loaded the NIO Day video above to start when they begin talking about the NIO Autonomous Drive, but there’s plenty more interesting information before that point and we recommend scrolling back to check it out after watching the NAD announcement.

Let us know your thoughts in the comment section below.