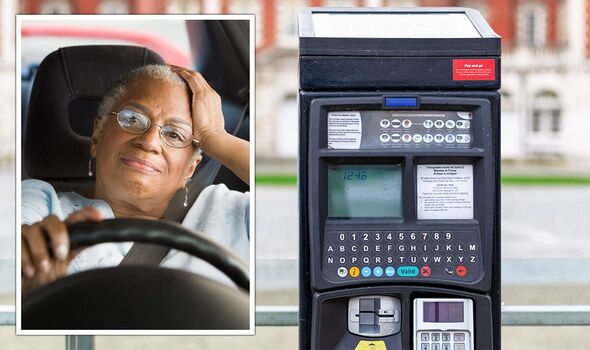 Eldelry drivers have slammed recent parking changes regarding payment machines. In the past few years, many car parks around the UK have introduced contactless payment methods to streamline the process for drivers. This has come along with the rise in popularity of parking apps, which allow drivers to pay for their parking without needing to pay at a machine with cash.

He said: “The advancement we have seen with technology has certainly made some of the arduous and boring tasks that much easier, parking being one of them.

“For me personally, parking apps have been a blessing, but not everyone is a fan.

“Elderly drivers who were happy with the way things were should not be penalised for not owning or being able to operate smartphones to pay for their parking, the tried and tested methods of entering your money into the meter should still remain to give access to parking to all.”

This was seen last year when Sheila Miller said she was frustrated with having to use her phone to pay for parking.

The 74-year-old, who runs a swimming group in Kent, regularly uses a car park which has recently embraced technology and now charges using a phone.

She branded the move “ageist” and said it was “absolutely discriminatory against the elderly”.

David Taylor, a local councillor from Romford in Essex, also claimed that parking apps can sometimes be cheaper than using cash at the machine.

He said this shows how elderly drivers are being directly penalised.

Speaking to the i, he said: “Access to cash, and payment by cash, is vital to ensure the elderly and vulnerable are not excluded.

“Councils should ensure that cash payments are still accepted in car-parks. They find the phone calls frustrating and they take a long time to complete.”

There is also some concern around the ease of access for many who travel to various cities and counties more often.

Many drivers have found that different local authorities use different parking payment apps.

Motorists on social media have complained that because of this, they have multiple apps on their phone, simply to pay for parking.

Some have also compared this to the lack of centralisation around electric car chargers, with most operators requiring drivers to have their app to pay to charge and park.

Last year, Express.co.uk reported that there were more than 134,000 drivers over the age of 90 on the UK roads.

And with the new figures continually increasing, motorists have started to wonder about road safety with calls for a maximum driving age to be introduced.

According to the Older Drivers Task Force, there will be more than one million drivers over the age of 85 by 2025.

The Task Force said it is “vital” that changes are made to “prepare for this demographic change”.

Despite the calls, there are no official Government plans to go through with the proposal as of yet.

However, several Express.co.uk readers have voiced their frustrations calling the proposals “unacceptable”.