The company is building just nine of them

The Morgan Motor Company dates back to 1909 making it among the oldest automakers still in business, and with a decades-long dedication to building sports cars, there’s naturally quite a history in motorsports. The automaker is now paying tribute to its racing success by teasing the Morgan Plus 8 GTR that is coming together over the course of 2021.

The GTR takes the basic look of the Plus 8 and makes it look ready for an endurance race. In front, there are six-inch spotlights with branded covers that sit underneath the main headlights. A splitter is below the front bumper, and it incorporates into wider fenders. There are extra louvers in the hood for enhanced cooling of the engine bay. 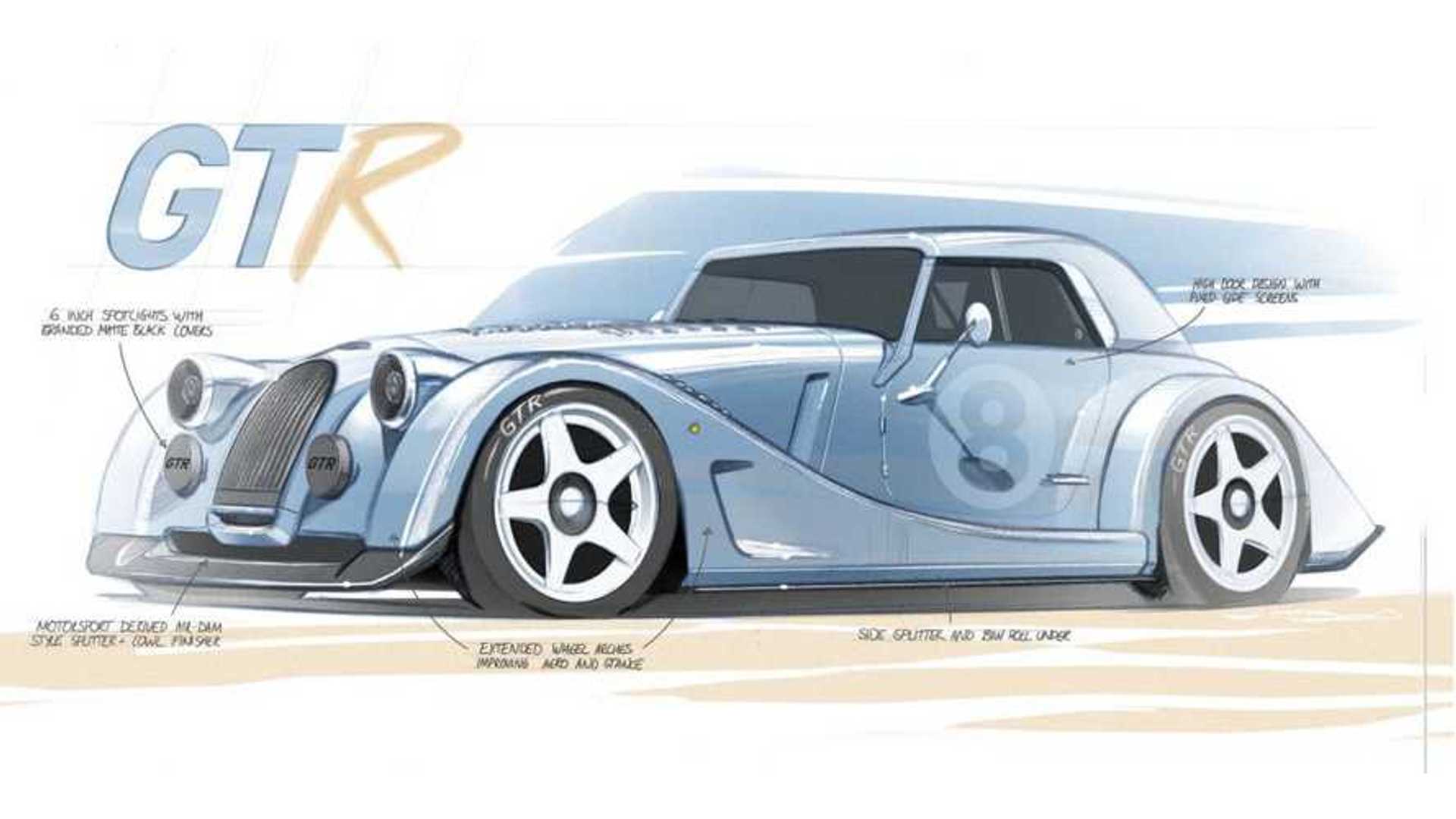 Usually, the Plus 8 has a downward sweeping windowline in the door. However, this one has a higher shoulder with fixed windows that have a portion that slides to the side. At the back, the company adds a diffuser. It rides on five-spoke wheels with center locks.

The reason that the Plus 8 GTR project is even possible is unexpected. Morgan got several Plus 8 rolling chassis from a third party following a discontinued project. Morgan shipped off these partially completed vehicles before 2018, but the buyer never used them.

“When the opportunity presented itself to recommission a number of rolling chassis and create an exciting special project such as Plus 8 GTR, we embraced it fully,” Jonathan Wells, Morgan
Head of Design, said. “This project has allowed Morgan’s design and engineering teams to revisit some of their favorite elements of past Morgan models, as well as experiment with some features that we hope will appear on future Morgan cars.”

Morgan intends to build just nine units of the Plus 8 GTR. The first deliveries should be in summer 2021.