Warm weather looks set to continue over the weekend but this bout of sunshine could be disastrous for millions of motorists. New research from Confused.com found motorists leaving their dogs alone on a warm day is more common than expected despite the major risks.

One in four admit to leaving their pets in their vehicle at some point with 75 percent of these admitting they have done in warm weather for an average of 16 minutes.

The analysis also found millions of Britons admit to ignoring pets which they see left inside vehicles as temperatures rise.

More than half of those surveyed have revealed they have seen dogs left alone in a vehicle during periods of warm weather.

However, 75 percent of road users did not step in to help the struggling animals even in sweltering conditions. 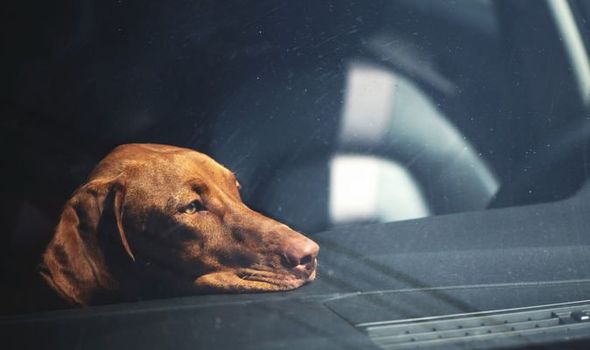 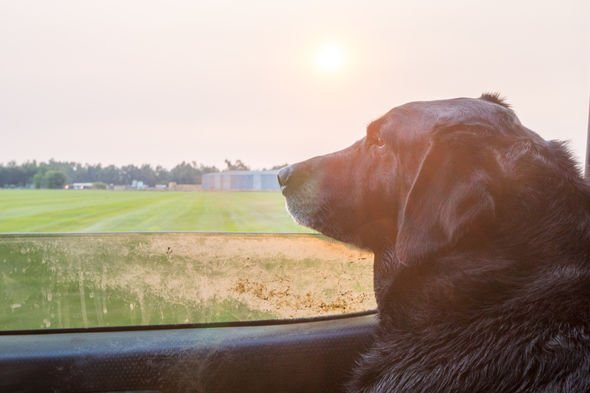 The RSPCA has revealed that their cruelty hotline took 30 calls relating to animals and heat exposure over the past three months.

Experts warn that any vehicle sat in 24 degrees heat can reach 34 degrees Celcius inside the vehicle within just 10 minutes.

Temperatures can rise to a staggering 43 degrees just half an hour after the owners have left the vehicle.

There is driving law in place for those caught leaving an animal unattended in a vehicle but some offenders could be charged with animal cruelty.

This can lead to drivers issued heavy fines of up to £20,000 and could be issued a 12 month jail sentence in severe cases.

Alex Kindred, car insurance expert at Confused.com said drivers needed to understand it is “extremely dangerous” to leave pets inside a vehicle in warm conditions.

He said: “Unfortunately, we see devastating stories in the news of dogs being left alone in the car on a hot day, and people should understand that this is extremely dangerous. “But for innocent bystanders who want to help, the course of action we take isn’t always clear.

“But for innocent bystanders who want to help, the course of action we take isn’t always clear.

“The law around it is confusing. Are we allowed to break into a car if it’s in the interest of saving an animals life? Should we stand by and wait until the owner returns? Who should we call? The RSPCA or the police?

“While the RSPCA may seem like the best people to call, they do not have the right to enter any vehicle.”

However bystanders have been warned that they could be charged with criminal damage offences if they break a window to help a struggling animal.

The law states bystanders have reason to commit damage if the owner would consent under the circumstances.

Confused.com experts say bystanders should take photos and videos before breaking a window to help in their defence. 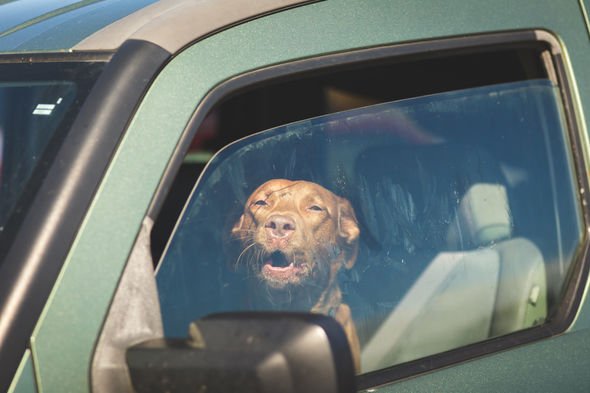 Experts at GEM Motoring Assist says those hoping to travel with an animal during hot weather should always carry drinking water to help them stay cool.

Drivers have been urged to pull over if your pet is showing signs of heatstroke and should not hesitate to douse it with cool water or use a fan.

Signs of heatstroke in dogs include heavy panting, excessive drooling and appearing to be lethargic and drowsy.

Doctor Sam Gaines, dog welfare expert at the RSPCA said: “Our message is very clear, please do not put your pet at risk by leaving them in a vehicle on a warm day.

“Please leave them at home with access to a cool shady area and plenty of water.”

Drivers to be charged £4,500 every year under Sadiq Khan’s new plans- ‘Yet another attack’