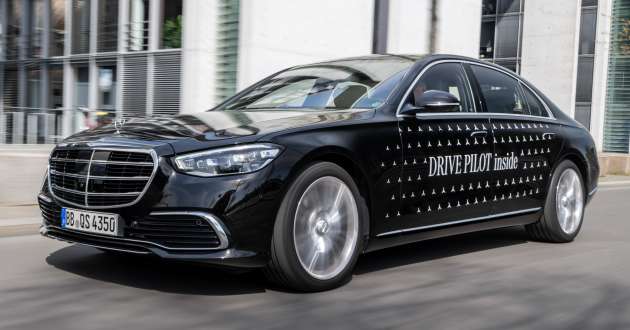 Mercedes-Benz will begin offering its Drive Pilot system as an optional extra for the latest S-Class and EQS from May 17, 2022. This is after the German carmaker became the first automotive company in the world to meet the demanding legal requirements of UN-R157 for a SAE Level 3 autonomous driving system back in December last year.

Following SAE International’s description of Level 3 automated driving, which is referred to as “conditional driving automation,” drivers do not need to supervise the technology and are free to engage in other activities when the system is active. However, a driver must still be present, alert and able to take control of the vehicle at any time, especially in the event of an emergency due to system failure.

According to Mercedes-Benz, Drive Pilot allows for “conditionally automated driving,” whereby owners can hand the driving task over to the system under certain conditions. As the company explains, those conditions are being stuck in “heavy traffic or congestion situations on suitable motorway sections in Germany up to a speed of 60 km/h.”

So, while the car drives itself, the driver “can relax or work and win back valuable time,” the company said. Keep in mind that this can only be used on “suitable motorway sections,” which Mercedes-Benz has said previously involves 13,191 km of motorway that have been approved in Germany.

Drive Pilot builds on the vehicle sensing technology of the Driving Assistant Package and includes additional sensors for safe operation. These include radar, LiDAR, cameras as well as ultrasound and moisture sensors placed at strategic locations on the vehicle. A high-precision positioning system based on a digital HD map also ensures the system has a 3D image of the road and the surroundings with information on road geometry, route characteristics, traffic signs and special traffic events.

The data gathered is constantly updated and compared with a backend system to ensure Drive Pilot is fed with the best possible information to facilitate its decision making. Mercedes-Benz also opted for “supervised learning” instead of using just algorithms (through self-learning approaches) to deal with things like pedestrian detection.

As such, the carmaker defines and controls what the artificial intelligence (AI) is allowed to learn and as part of its ethical requirement, the detection process is non-discriminatory – that means the various sensors permanently monitor the road and the roadside to always detect people correctly, regardless of their clothing, body size, posture or other characteristics.

Even with all the sensors and AI training, redundancy is still important for conditionally automated driving. The architecture for redundancy covers the brake system, steering, power supply as well as parts of the sensor technology. In addition, battery, steering motor, wheel speed sensors and the various algorithms used by the system to calculate the data also have redundancy measures put in place. 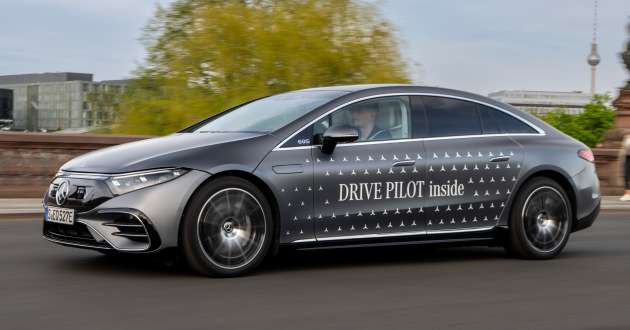 However, should a malfunction occur, the vehicle remains manoeuvrable due to its redundant system design, allowing Drive Pilot to perform a safe handover to the driver. Should the driver still not comply within 10 seconds, for example due to a medical emergency, Drive Pilot will initiate an emergency stop that is safe both for the vehicle and the following traffic, with the Intelligent Drive Controller continuously calculating the optimum trajectory for coming to a safe stop.

If things do go wrong, the company has said previously that the legal responsibility in such a scenario will lie with itself and not the driver of the Drive Pilot-activated vehicle, in line with the requirements laid out by regulators.

Following its successful launch in Germany, Mercedes-Benz aims to obtain regulatory series approval for the two US states of California and Nevada by the end of the year, provided the legal situations permits the system operation.