Plug-in hybrid powertrains have typically been all about efficiency, but the new wave of performance cars shows the technology can also bring some excitement. The Mercedes-AMG GT 63 S E-Performance is a prime example, a PHEV providing a monstrous 831 hp (620 kW) and 1,033 lb-ft (1,400 Nm) for what is effectively the most powerful Mercedes ever, at least until the F1-engined One hypercar arrives in 2022.

That one too will be a plug-in hybrid, and so will the next-generation S63 spotted this week by our spies at and near the Nürburgring. Don’t go searching for the charging port on the rear bumper as it’s the case with the electrified GT 4-Door Coupe since the extra cap is located on the left-rear fender, mirroring the fuel cap for the gasoline tank on the right-rear fender. 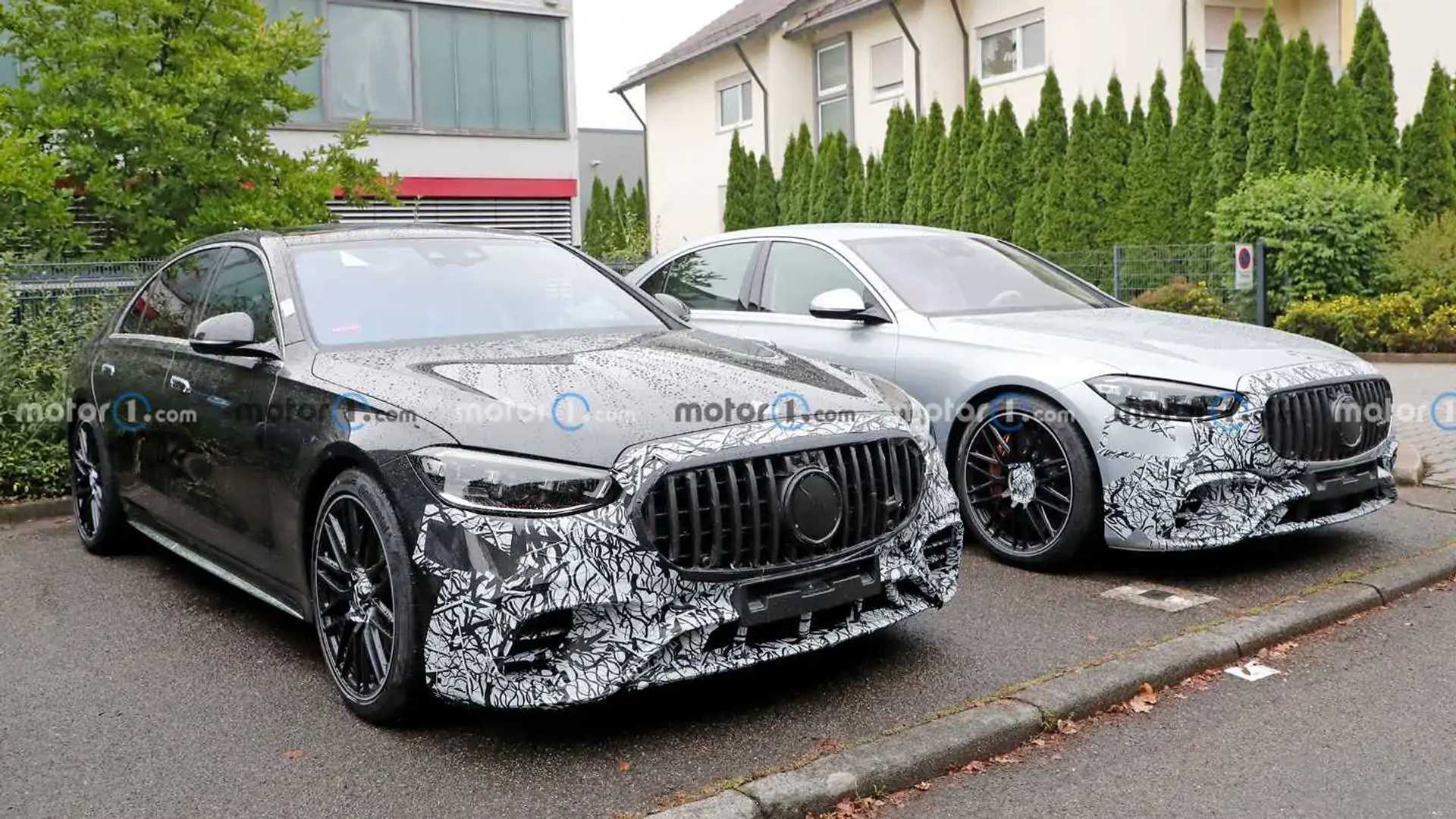 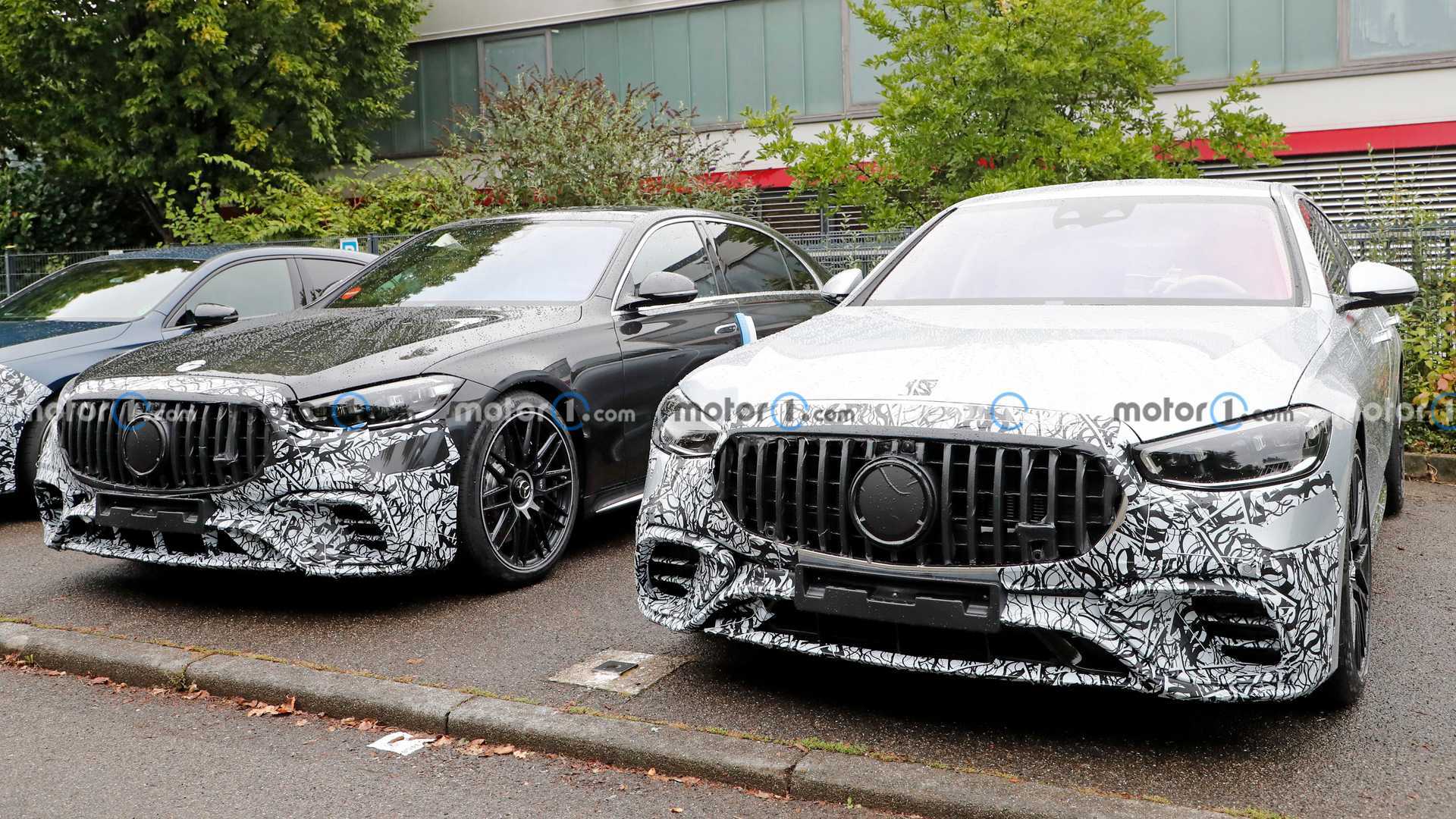 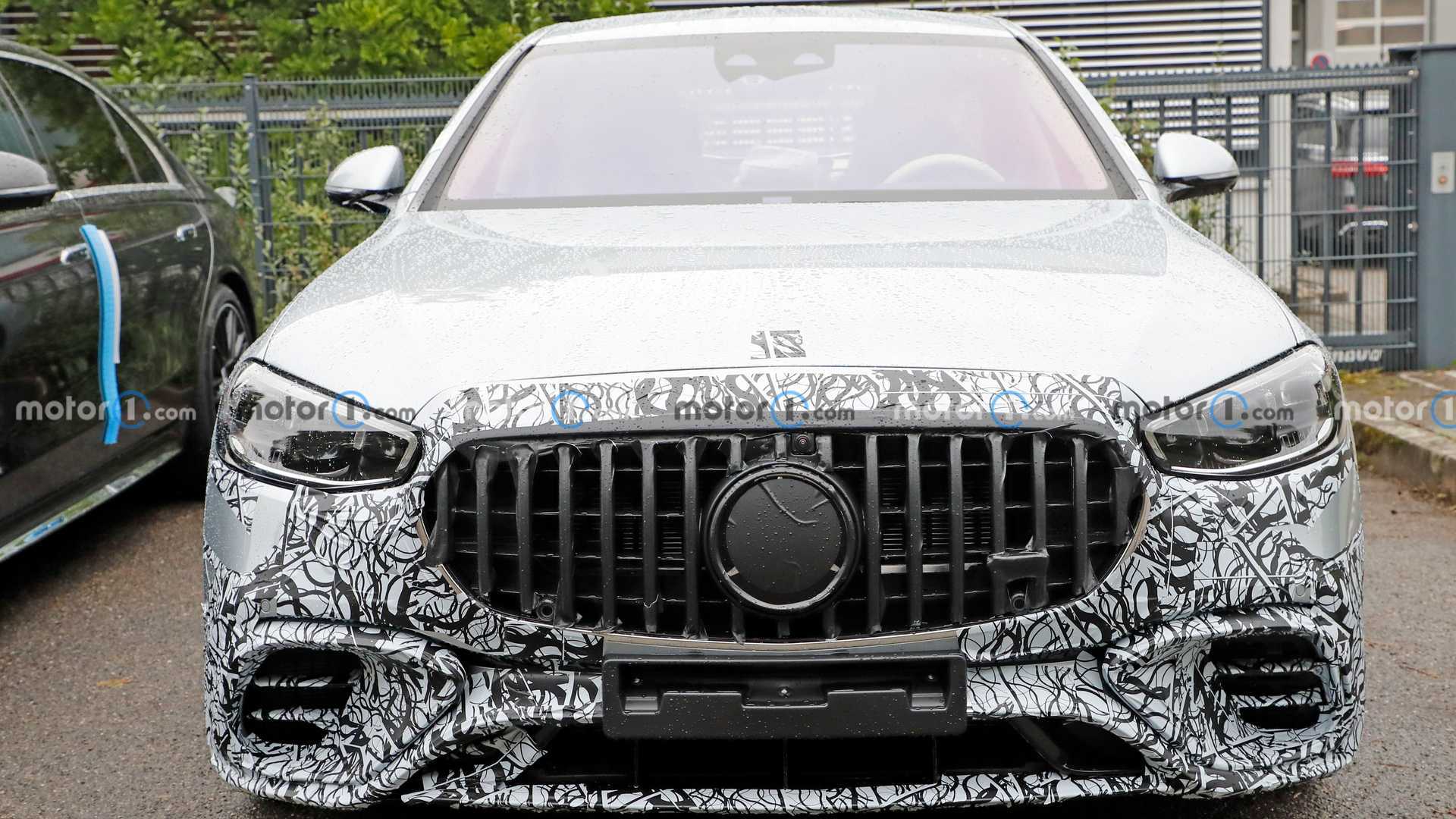 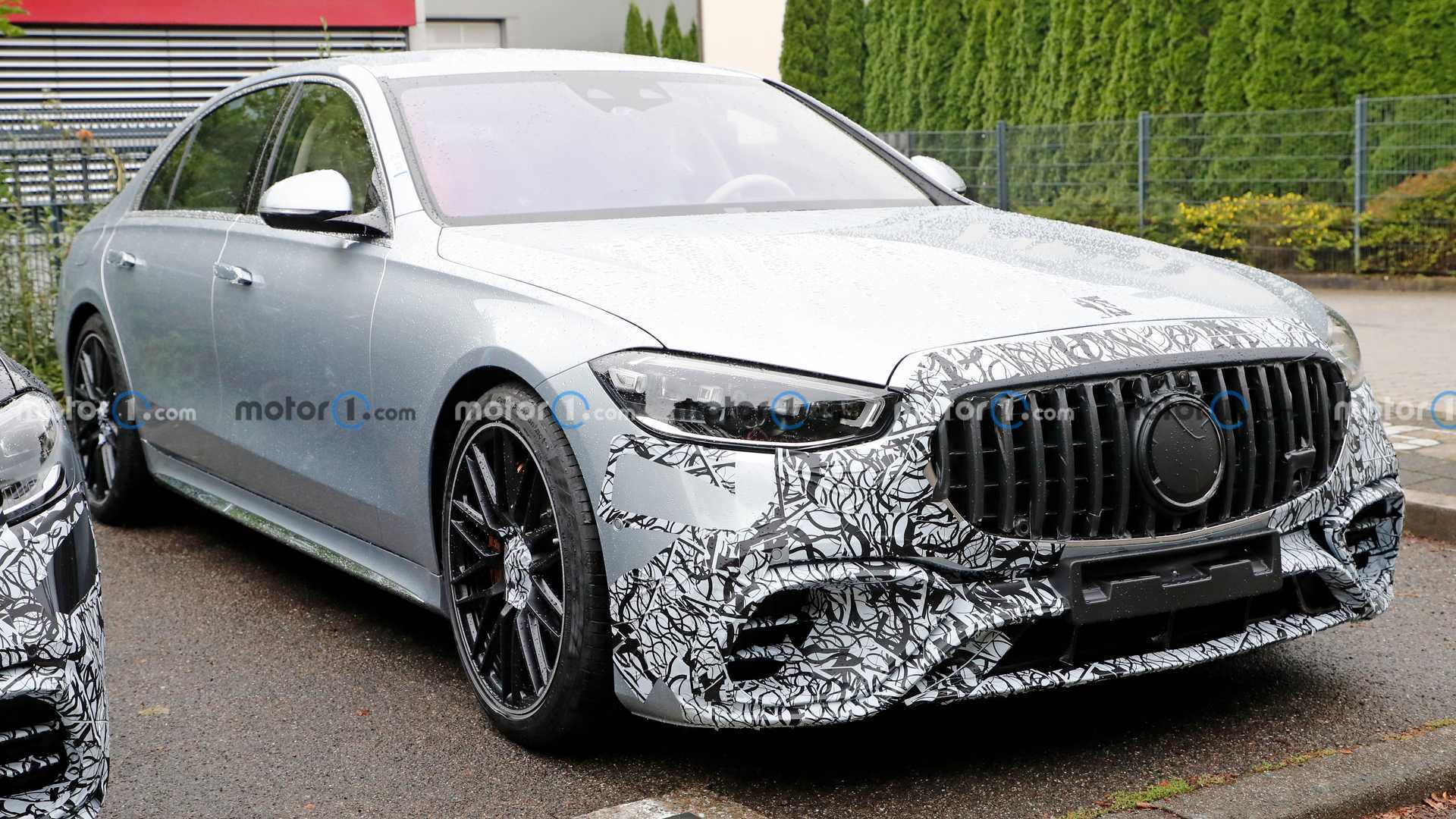 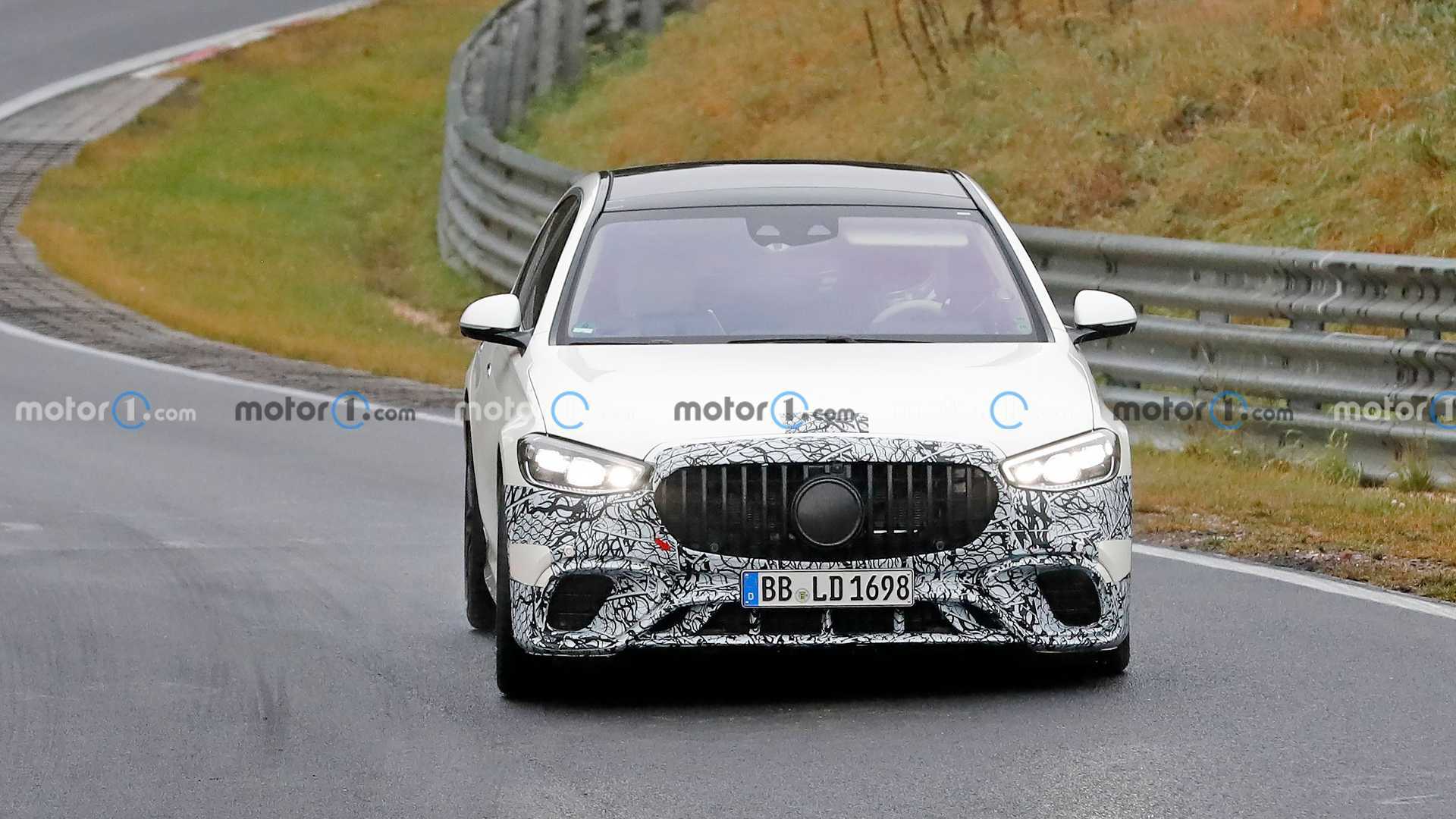 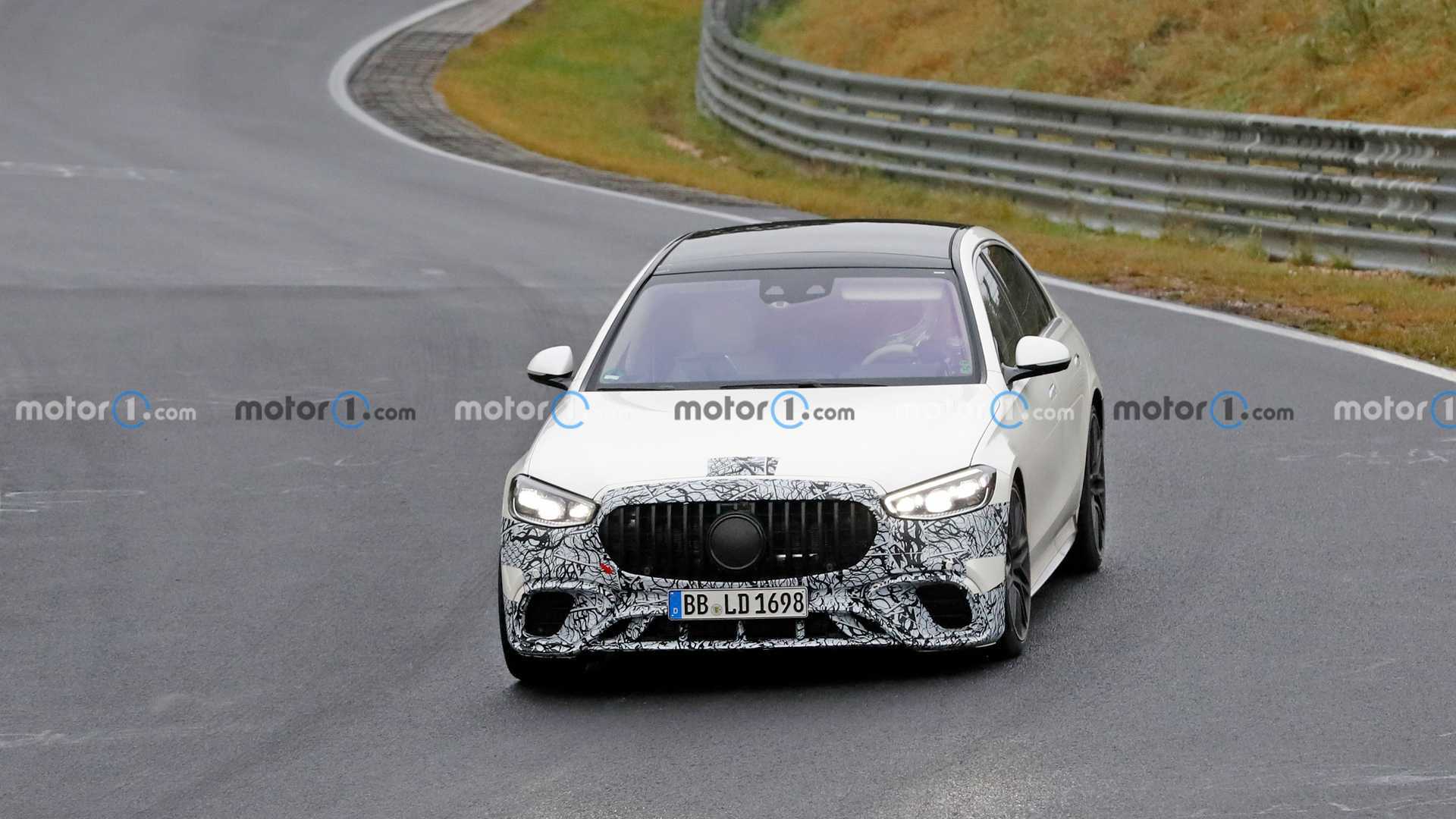 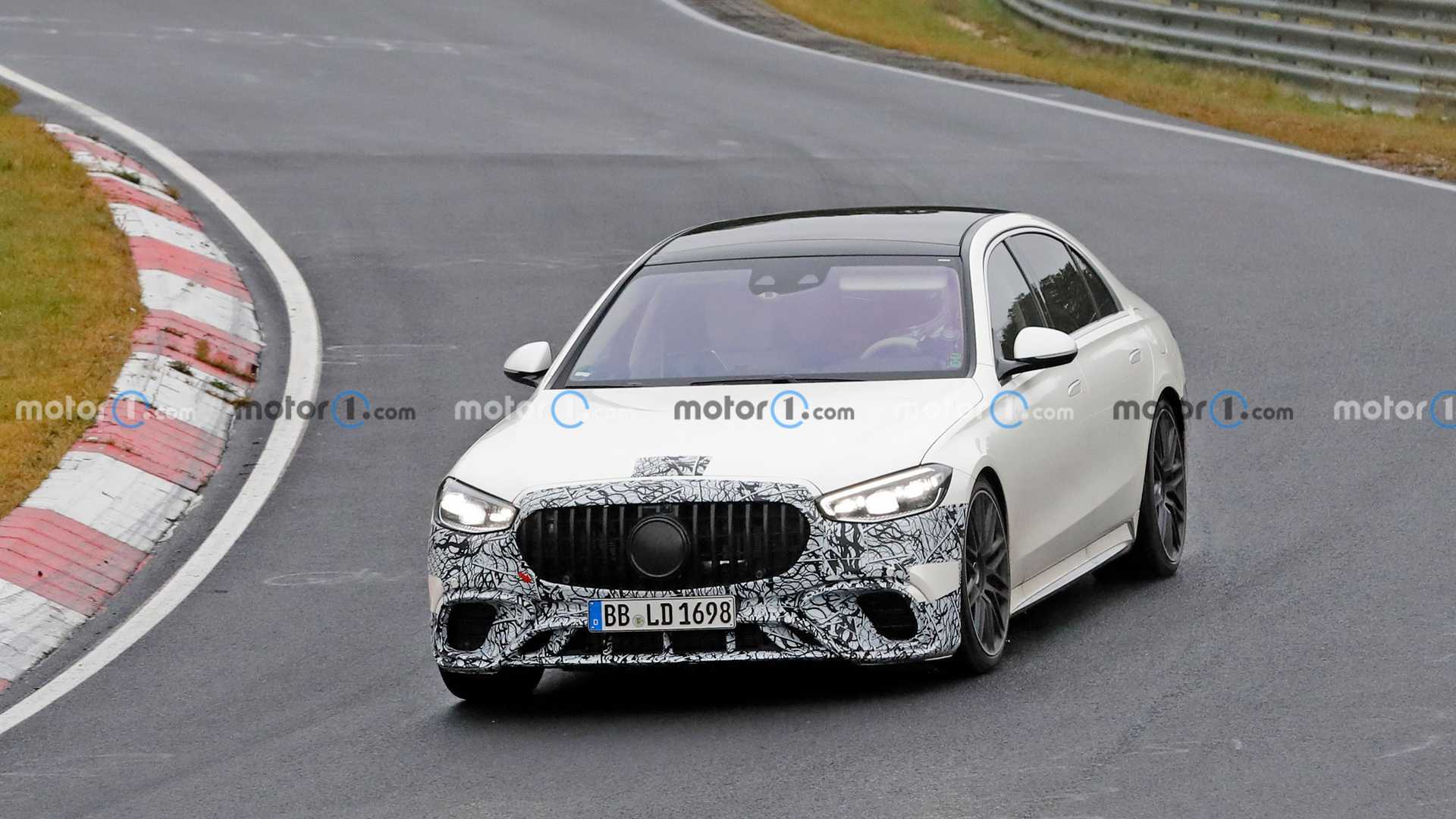 While the previous-generation S63 received the Panamericana grille only for the coupe and cabriolet, Mercedes will address this issue with the revamped sedan by giving it the vertical slats. Despite the disguise, we can already tell the new high-performance luxobarge has a more aggressive front bumper design with larger air intakes, while the rear bumper has been modified to accommodate the quad exhaust flanking a diffuser with three fins.

Oddly enough, Mercedes went through the trouble of masking parts of the interior even though it will be largely carried over from the Benz S-Class. The method chosen to conceal the design of the door cards is a bit rudimentary as the three-pointed star decided to go with cardboard, which is also used for the rear half of the central armrest.

Power is expected to come from a V8 gasoline engine working together with an electric motor to develop a combined output of approximately 700 hp. There are rumors of a hotter, range-topping model to fill in the void left after the S65’s demise by adopting a more potent PHEV setup with over 800 hp. Mercedes still offers a V12 S-Class, but only on the extra-long Maybach model and the armored Benz-branded Guard version, not on the AMG.

There’s barely any camouflage on these prototypes, so an official reveal could be right around the corner. That said, Mercedes is about to introduce the all-new SL in only a few days, so it might decide to wait a bit before diverting our attention to the spicy S-Class.

Hyundai Tells The Story Of Its Mid-Engined Cars