The last time we saw the next-generation Maserati GranTurismo testing in the snow, it wore an Alfa Romeo Giulia body. The coupe transitioned from its disguise in mid-2021, and Maserati has been slow to peel back the camouflage on the real thing. The latest spy photos don’t look too different from the ones that came before, but a closer inspection reveals that the new GranTurismo is starting to show itself.

Camouflage that once covered the front grille, fascia, and headlights is now gone, revealing the vertical lighting elements, the familiar-looking slatted grille, and a wide lower grille opening that is all flanked by big intakes. 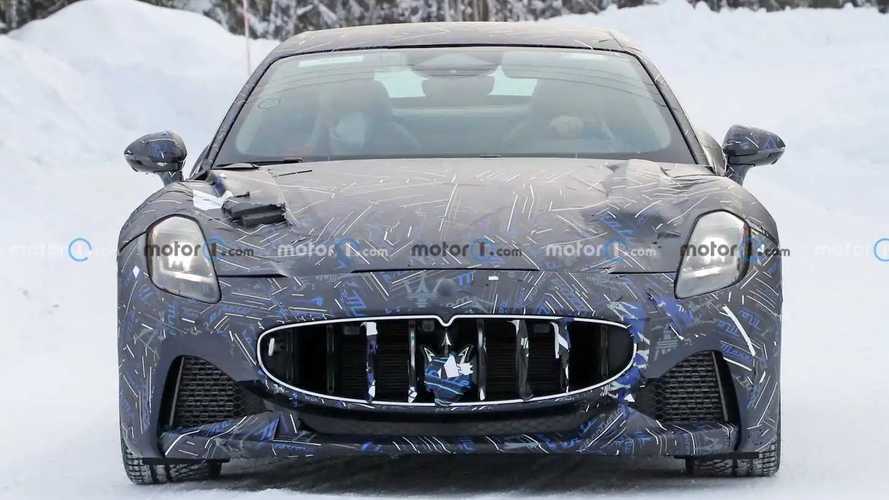 The drop in camouflage is replicated at the rear, where we begin to see more of the thin-slit taillights. The rear diffuser is also camo-free, and there appears to be a strip of chrome across the trunk connecting the rear taillights. The new design looks like an evolution of the previous design, which isn’t bad.

We still haven’t seen the interior, though we suspect there will be a big improvement compared to the previous-generation model. We’ll likely seeing the latest infotainment technology that should include a digital instrument cluster. Such a setup was seen in the new Maserati Grecale crossover that’s also in development at the Italian marquee.

While we get to see a tad more of the new GranTurismo, we have no new information about what will power it. Rumors continue to suggest it will get the 621-horsepower (456-kilowatt) twin-turbo Nettuno V6 from the MC20, though it’ll allegedly make a tad less power in the GT.

Maserati was supposed to reveal the new GranTurismo last November, but that didn’t happen due to the ongoing chip shortage hitting the auto industry. Instead, the automaker will introduce the model in the first half of this year. There will be a fully electric version released later.