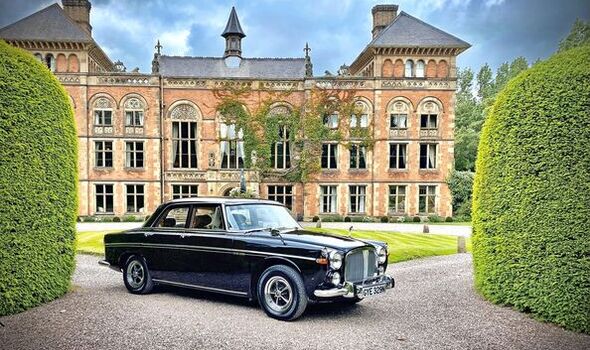 The Iron Lady was chauffeured to the palace in the Rover P5 on May 4, 1979, after the Tories’ historic general election victory.

It marked the first time a female premier had been asked to form a government.

The 1973 Rover will go under the hammer at Silverstone Auctions in Royal Leamington Spa, Warks, on August 27.

Experts expect the car, converted to government specifications shortly after rolling off the production line, to sell for between £35,000 and £45,000. One of three ministerial Rovers, it was finished in ebony black with a saddle tan hide interior.

About 76,000 miles later it was retired and went into private ownership in 1980.

Since then 17,000 miles have been added, but Silverstone Auctions says the car is in “exceptional condition”.

A spokesman said: “This venerable Rover is an attractive classic saloon in its own right.

“However, if we accept that Margaret Thatcher played a hugely significant role in the late 20th-century history of the UK – and that the Iron Lady’s first ever trip as our prime minister was in the back seat of GYE 329N – then it does add a certain cachet.”

Bugatti configurator guide: how to spec your Chiron