He warns local councils are simply “kicking the can down the road” with schemes only “moving the traffic” to other areas. More low traffic neighbourhoods were introduced across many parts of the UK in 2020 in a bid to reduce the number of cars on the road.

It came as part of a new £250million emergency active travel fund to encourage the numbers of people walking and cycling.

However, the schemes were quick to anger local residents who complained the confusing road layouts were dividing communities.

Speaking to Express.co.uk, Mr Freeman said: “They are going to block roads and make it really hard for [drivers] to come in with street calming measures. 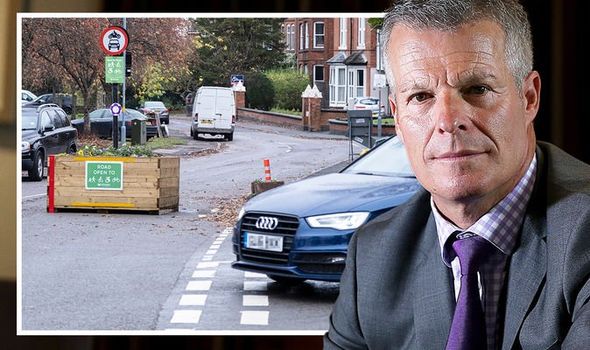 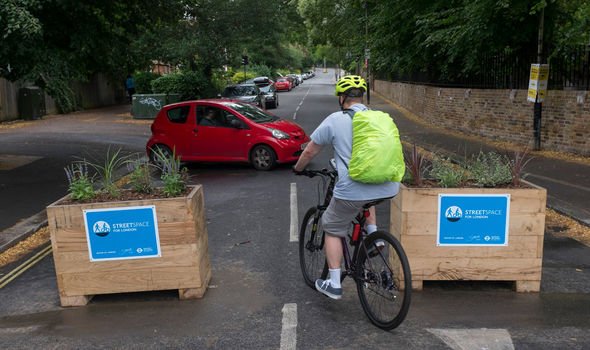 “They are moving the traffic that is always going to exist into a different place.

“They are going to move traffic that has to be there because it’s largely in residential areas where people have cars and they have to use their cars.

“They are forcing this traffic onto busy roads which have already been reduced due to bus lanes and cycle lanes.”

The introduction of the new measures caused controversy last year with over 2,500 local residents protesting against changes in Ealing.

Horrendous Hackney Road Closure claimed journeys had taken “three times longer” as a result of the restrictions and suggested almost all locals were against the project.

The backlash from residents caused LTN schemes in Lewisham and Lee Green to be revised to reduce restrictions around areas with heavy traffic.

“I don’t believe for one second they are going to change the motorist’s habits. People who drive do so because they need to drive.

“I understand the reasons that they are being introduced. They want to introduce them because it is environmentally friendly but the truth is we don’t enjoy the luxury of having excessive space.

“We have limited space which is being constantly eroded for the motorist.”

However, local councils have claimed the road closures were being introduced to support residents.

A YouGov poll conducted at the end of last year found 26 percent of motorists strongly supported the introduction of the scheme. 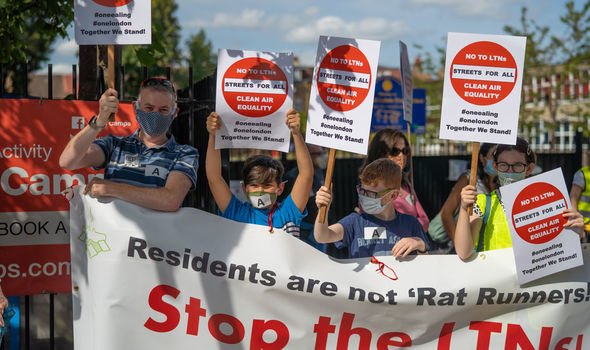 Another 31 percent said they tended to agree LTN schemes should be introduced.

He added: “You have to balance what the motorist needs, what is necessary.

“People need to travel particularly at a time when we are under pressure to free up public transport.

“What this movement would say is well we want to get people off buses and trains and we want them to make them walk and cycle.

“Well, what world do they live in, when is that ever going to happen.”