Local Motors is gone, but there’s now a chance to own some of the boutique automaker’s assets, including a few of its vehicles. The auction of 443 lots runs from March 15 to 17.

The offerings include two examples of the Local Motor Rally Fighter. One is satin black, and according to the auction listing, it packs a 6.2-liter LS3 V8 making 430 horsepower (321 kilowatts). The power runs through a four-speed automatic. The vehicle also has a winch that integrates into the front bumper, and there’s a light bar on the roof. 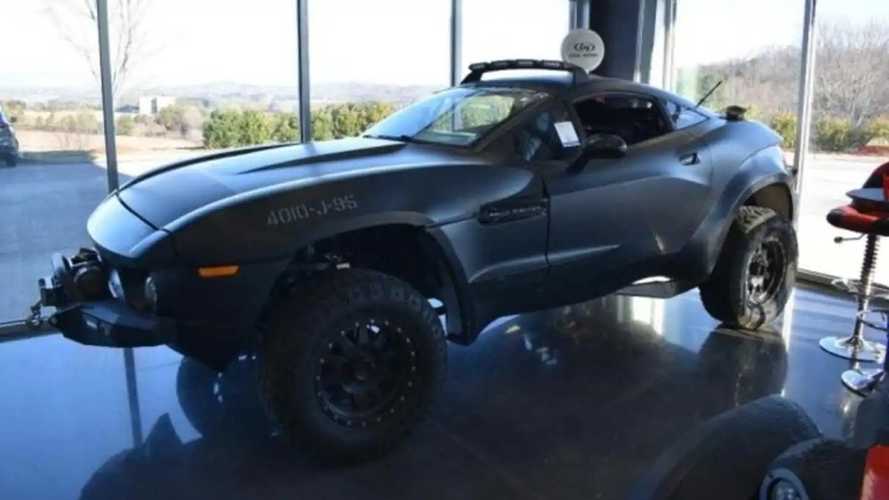 The other Rally Fighter wears a patriotic color scheme with a red roof and hood, white sides, and blue rear fenders and back bumper. The listing claims this one has a 6.6-liter V8.

Local Motors did a lot with 3d printing. In fact, one of the auction lots is what the listing claims to be the world’s largest 3d printer. Two of the other vehicles on sale are the company’s Strati EV, which have entirely 3d-printed bodies.

Fans of quirky cars might remember the Local Motors Swim from 2015. The 3d-printed machine is one of the vehicles up for sale in this auction.

The Local Motors Olli transporter is the most numerous vehicle for sale in this auction because there are 13 of them available. Most of them have the same exterior color scheme with a white body and teal stripe running horizontally. However, two are pink, and one has a design for Yellowstone National Park.

The auction includes several EV chargers that look like old-school gas pumps. There are several smaller 3d printers, lots of welding equipment, and several storage cabinets. If you’re in the market for buying Lidar sensors, there are dozens of them up for sale.

Local Motors went out of business in January 2022. The company started in 2007, and it launched the Rally Fighter in 2009. A lack of funding allegedly caused the automaker’s closure.