Just days ahead of the planned debut of a new electric concept, Lexus dropped a few more visual hints about what we’re likely to see on March 30th.

The rakish profile of the concept may suggest a fastback sedan at first blush, but in reality the images hide something closer to a fastback crossover with some generous ground clearance and a very blunt nose. It’s not easy to get a sense for its scale based on the images Lexus has shared, but using the tire size as a starting point, it’s clear that the vehicle features very generous overhangs and sits relatively high off the ground. A sleek greenhouse sits above high sill lines, while the hood itself is almost flat and remarkably blunt at the front, suggesting a taller overall height as well as front fascia design that’s likely to be, shall we say, eye-catching.

Lexus has shown a few other details of the upcoming concept, including very narrow headlights and taillights, as well as an illuminated Lexus logo at the leading edge of the hood. The brand’s “spindle” grille remains largely obscured in these photos, but various angles suggest that it will once again dominate the front fascia of the vehicle. 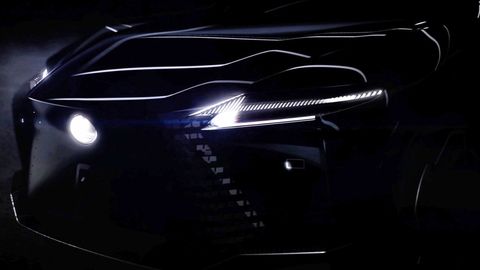 If the rakish greenhouse gives you some pause, specifically regarding how one will be able to sit high enough to see objects directly in front of the car, remember that this is just a concept; practicality and safety don’t come into play here.

If this concept advances to production, which Lexus says it will, it won’t be the first battery-electric Lexus SUV or crossover on the market.

You may recall that the company already offers the Lexus UX 300e in other markets. Toyota is also planning an EV crossover of its own based on the e-TNGA platform, and it plans to bring two EVs later this year under its own brand. Lexus won’t exactly be breaking new ground with the production EV we’ll see later this month, but it will advance the automaker’s electric plans—plans that have been criticized in recent months for lagging behind other automakers.

In all, Toyota plans to field six EVs based on the e-TNGA platform in the next four years, split among Toyota and Lexus vehicles. 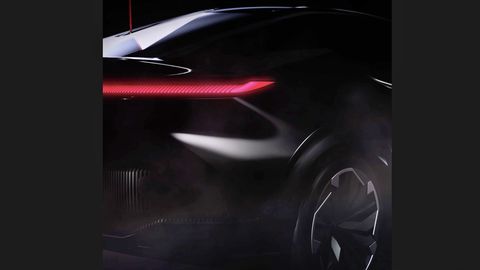 The bigger question is just when we’ll see a production version of this vehicle stateside, and what price range it will land in. Some segment of Lexus buyers are believed to have been itching for an EV for a while, and many could have already gone to Tesla, so Lexus will need for its first stateside EV to be a hit right out of the gate. By the time it arrives it could have plenty of competition from other luxury brands—not just Tesla.

Should Lexus’ first EV in the US be an SUV or crossover, or should the brand cater to some other segment? Let us know in the comments below.