King Charles III was gifted the classic blue 1970 Aston Martin DB6 for his 21st birthday more than 50 years ago. The classic sports car has one major difference, however. It runs on wine and cheese.

He spoke to the BBC last year about climate change and commented on his fondness for sustainability.

The presenter, Justin Rowlatt, said many people may not know that His Royal Highness was “a bit of a Clarkson”, in reference to the former Top Gear presenter.

Charles said he had always enjoyed cars, adding: “But that was before we knew what the problem was.

“My old Aston Martin, which I had for 51 years, that I managed to convert, that now runs on waste products. 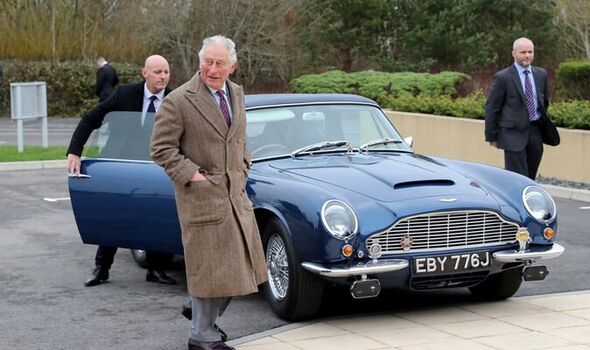 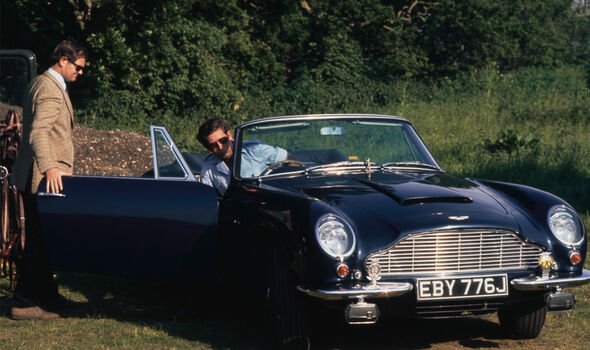 “Can you believe this; it runs on surplus English white wine and whey from the cheese processes.

“I did that quite a long time ago.”

The bioethanol is produced by a Gloucestershire-based company called Green Fuels who told the King that there was an opportunity to transform his classic Aston Martin DB6.

The group, which has since earned a Royal Warrant of Appointment, said they could supply waste-derived bio-ethanol produced from a combination of wine and cheese.

The wine is unsuitable for human consumption, and whey is a by-product of cheese manufacturing.

This fuel is blended as E85, by adding 15 percent unleaded petrol, making the car more powerful.

The conversion was carried out by Aston Martin specialist RS Williams, who admitted the car performs better than ever.

According to Top Gear, Charles enlisted the services of legendary British racing driver Graham Hill to teach him the finer details of enjoying his DB6.

His classic DB6 was used by the Duke and Duchess of Cambridge to drive away from Buckingham Palace to Clarence House after their 2011 wedding.

He added that he was happy with the technology, but not wholly impressed.

The King responded, saying: “I also think we mustn’t forget the importance of hydrogen in this mix. 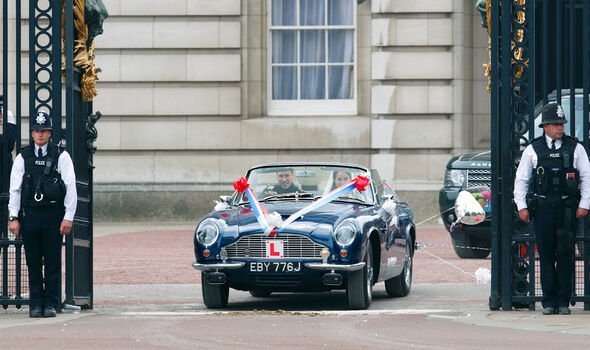 “It can’t all be done with electric vehicles.

“There are problems with batteries, how you source the materials, can you recycle them properly.

“So at the moment, there’s a huge amount of waste which is really worrying, which we should be able to reclaim and reuse.”

In 2018, the Prince of Wales took delivery of the Royal Family’s first all-electric car, a Jaguar I-Pace.

King Charles has been a champion of green initiatives for years, mentioning that he had taken steps to make royal grounds more sustainable.

He said he has biomass boiler systems, as well as installing solar panels onto the roof of Clarence House.

AD: Interest rates as low as 0%, plus more deals on a BMW or MINI at Wheelcorp Premium this weekend! – paultan.org