U.S.-based e-bike specialist Juiced Bikes has just pulled the covers off its newest offering, a limited-edition electric bicycle that’s sure to turn heads. Indeed, it’s a limited edition version of the highest-performing model in its entire arsenal, the HyperScrambler 2. Designed by company founder Tora Harris, the bike has a number of choice features that differentiate it from the standard HyperScrambler 2. Let’s take a closer look, shall we?

It’s called the Founder’s Edition, and only 150 of these punchy e-bikes will ever see the light of day. Right off the bat, it’s clear to see that this thing isn’t just any old bicycle with an electric motor strapped onto it. Its motorcycle-inspired design cues speak to more performance than your run-of-the-mill e-bike. How much more performance? Well, what does a peak output of 2,000 watts sound like? The bike’s Retroblade motor outputs a nominal power rating of 1,000 watts—which is more than four times the legal limit on most European markets. That said, don’t expect this bike to make its way outside of the U.S. 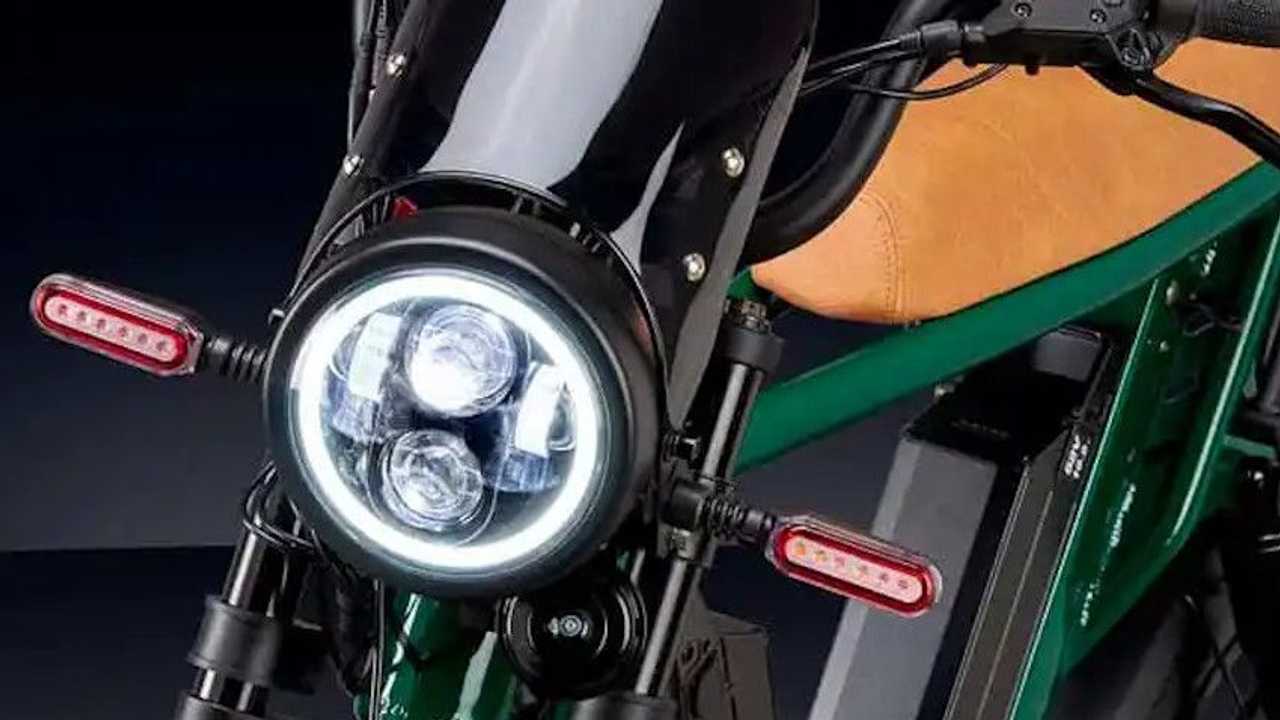 According to Juiced Bikes, the HyperScrambler 2 has a top speed of 30 miles per hour, but real world tests have shown that to be much closer to 35 miles per hour. Given that much power, it’s obvious the HyperScrambler will need quite a power source, and indeed it has just that. In order to ensure that the power-hungry motor and controller can go a distance, it carries a pair of high-capacity batteries. In fact, the stated range is 100 miles per charge. This is accomplished via the use of two 998-Wh battery packs, which, when combined, provide one of the greatest battery capacities available on an e-bike on the market today.

To make things even more special, the HyperScrambler 2 Founder’s Edition contains a few more accessories. These include new all-terrain 4-inch fat tires that put the Scrambler in HyperScrambler, an updated tan saddle, a headlight fairing that doubles as a tiny windscreen, and bespoke race plates indicating the year Juiced Bikes was founded—2009. The Founder’s Edition here costs $3,499 USD when orders begin to be taken on January 19. The regular HyperScrambler 2, meanwhile, retails for $3,099 USD as a point of comparison.