Jenson Button has been involved in the development process of the Lotus Type 62-2 by Radford and we know the 2009 Formula 1 world champion loves vehicles that look good and can go fast. The 41-year-old British racing driver also has a taste for modified and classic cars, though it seems that he wants to sell one of his beloved vehicles.

The machine in question is a heavily modified first-generation Ford Bronco produced for the 1970 model year. It has been in Button’s garage for the last four years following a restoration and upgrade program. It rides on 17-inch Method black alloy wheels, wrapped in 35-inch BFGoodrich tires. On the outside, it looks mostly stock, but there are tasteful visual enhancements like the gloss black wheel arch extensions and the dark blue exterior color. 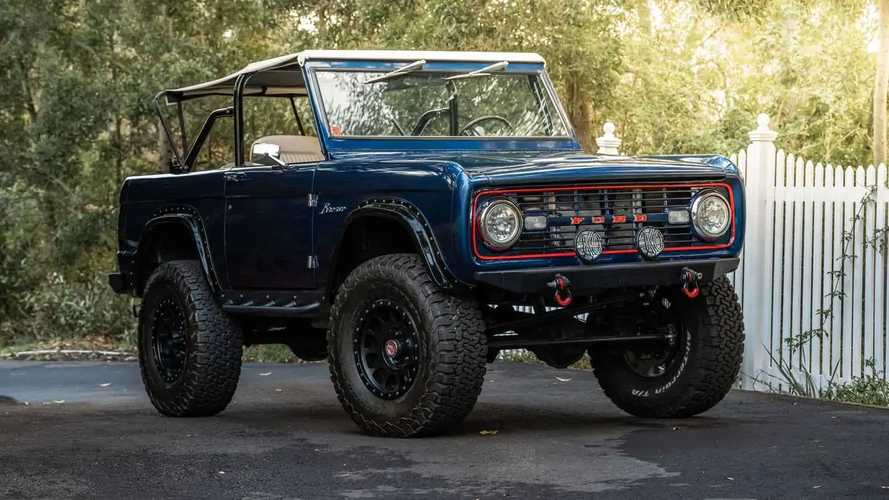 Under the hood, there’s a 302 cubic-inch (4.9-liter) small-block naturally aspirated engine, sending power to all four wheels through a three-speed automatic gearbox. The unit has been upgraded with Fitech fuel injection, an Edelbrock filter, and an MSD ignition kit with a push-button start. An upgraded battery provides the energy for when the big engine needs to start.

The ad for the Bronco on CollectingCars says there’s no prior service history, though all the documents from the restoration and modification process are available. There are no known accident damages, though there are a few small marks on the paintwork. Ultimately, the seller says, this is “a presentable and very usable classic.”

From what we are able to see without checking the vehicle in person, this looks to be a very solid first-gen Bronco with a pedigree and tasteful modifications. Given that, we are surprised to see just two bids have been placed on the online bidding platform so far, though, with six more days left until the end of the auction, the current price of $30,000 could go significantly higher.