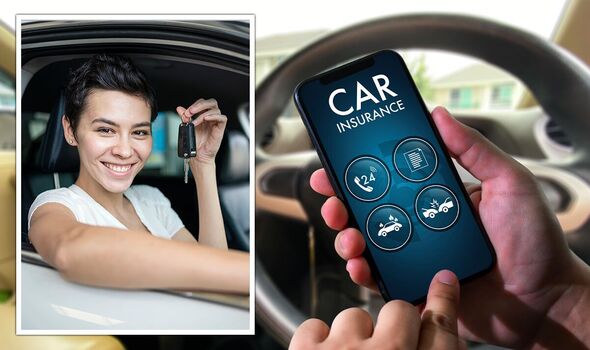 Cash-strapped Brits are selling their cars and sharing motors with family and friends due to soaring fuel and running costs. Some 75,000 people in Britain Googled “sell my car” in the last month, up 25 percent from December 2021, with the cost of living crisis affecting people’s ability to afford ongoing vehicle running costs.

In addition, more than a third (35 percent) of UK licence holders – the equivalent of 14.5 million drivers – have borrowed a car from a close friend or family member in the past two years.

The figures feature in a study by temporary car insurance experts at Dayinsure, who surveyed 2,000 UK motorists to find out how rising prices may be impacting car ownership.

They found that young drivers in particular are feeling the squeeze, with a third (33 percent) of licence holders aged 18-24 saying they’d like to have a car but aren’t able to afford one.

Overall, the data shows that approximately 14.5 million drivers in Great Britain have borrowed a car within the last two years, as 35 percent of those who took part answered “yes” to this question.

Birmingham and Bristol emerged as the British cities where drivers are the most likely to have borrowed a car in recent years.

Motorists here were also the most likely to have done so for financial reasons.

More than half of drivers in Birmingham (55 percent) and Bristol (54 percent) have borrowed a car at least once in the last two years.

Generous Brits revealed they’d be open to lending their vehicle to a loved one in need, with two in three (64 percent) saying they would if asked.

Nicholas Shaw, director of operations at Dayinsure, said: “Looking at the data, it’s clear to see that an increasing number of drivers are borrowing cars from their friends or family after getting rid of theirs due to rising living costs.

“While it might be tempting to let someone borrow your car, there are some things to consider before committing – mainly ensuring the appropriate insurance is in place.

“Allowing someone else to drive your vehicle uninsured is very risky. If they ended up involved in an accident or were to be stopped by the police, you could be prosecuted as the vehicle owner.

“Temporary car insurance only takes a few minutes to arrange and is essential, even if someone is just going to borrow a car for a couple of hours.”

Top five cities where people borrow a car from family/friends (percentage of licence holders by city):

Top five cities where people borrow a car from family/friends for financial reasons (percentage of licence holders by city):

Moscow Already Has Over 500 Electric Buses