Indonesia’s government will offer a subsidy of up to 80 million rupiah (RM22,665) to customers who purchase electric vehicles, reports CNN. This was revealed by the current minister of industry Agus Gumiwang Kartasasmita, who added that subsidies will also be provided for other electrified vehicles.

These subsidies are aimed at promoting the uptake of electrified vehicles in the country, which is currently focused on attracting foreign investment for zero-emissions vehicles. According to Reuters, Indonesia has a target to have at least 1.2 million electric bikes and 35,000 electric vehicles in use by 2024.

There is a catch, and that is these subsidies only apply to EVs (cars and motorcycles) and hybrids that are locally assembled (CKD) in Indonesia. This makes sense to encourage local production of EVs, which some car companies are looking to embrace, as evident when Toyota Astra Motor debuted the Kijang Innova EV Concept earlier this year. 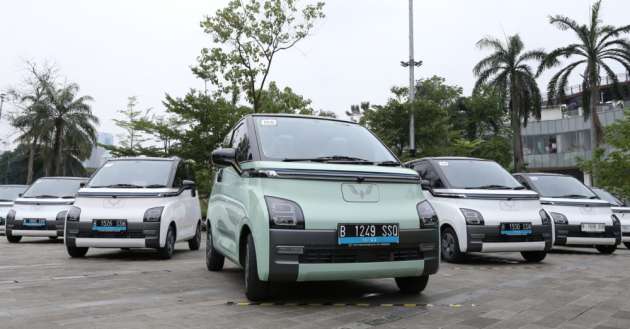 Agus Gumiwang said his ministry will discuss with the ministry of finance on whether fully imported (CBU) electrified vehicles would also be eligible for subsidies. However, he did not provide a timeline for when the subsidy scheme will be implemented or how much the government will have to set aside to support it.

Indonesia’s approach to promoting EV adoption is not dissimilar to what’s happening in Thailand, where subsidies of between 70,000 and 150,000 baht (RM8,861 and RM18,983) are provided for both CBU and CKD EVs – both countries also implemented tax and duty breaks.