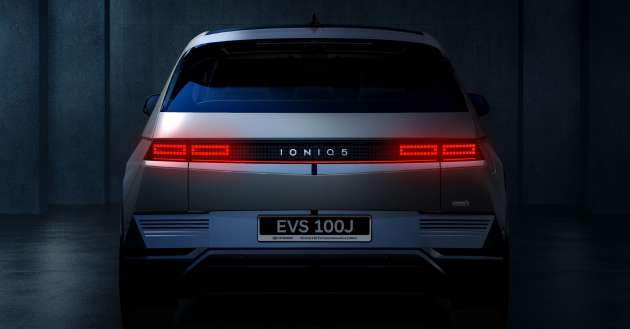 The Hyundai Ioniq 5 will be assembled in Singapore beginning with the Ioniq 5 First 100 limited edition for the Singaporean market, and this will be shown at the Singapore Motor Show that will be taking place in the city-state from January 12 to 15.

This will be made at the Hyundai Motor Group Innovation Centre (HMGICS) that is located in the Jurong Innovation District (JID), which Hyundai has said will assemble 30,000 vehicles a year, according to the manufacturer.

The Ioniq 5 First 100 will be distinguished by design cues such as the Gravity Matte Gold exterior paint finish, interior in Dark Pebble Grey, ‘First 100’ badging, ‘First 100’ debossing on the seats, as well as commemorative number plates for the initial run of 100 units assembled in Singapore.

The brand is taking registrations of interest for the limited-edition EV in this market, and this run of 100 vehicles will be made available for bidding from tomorrow at 2:30pm.

Locally for Malaysia, a new batch of the Ioniq 5 for the 2023 model year has been sighted with some detail differences compared to the outgoing 2022 model year, such as the omission of the solar roof and the addition of a head-up display (HUD) projector unit for the driver.

Elsewhere in Europe, updates were announced for the Ioniq 5 last February for the 2023 model year. These include a larger 77.4 kWh battery for the top variants, coming courtesy of two additional battery modules in the battery pack.

Joining the update are optional Digital Side Mirrors, or cameras in place of traditional mirrors and which feed video to displays on the interior door cards, as well as the Digital Centre Mirror (DCM) option that employs a video feed from a camera below the rear spoiler in place of a traditional centre interior-mounted mirror.

Ford Begging Buyers To Take What's On The Lot With $2,000 Discount