Home » Car Reviews » Hybrid vs plug-in hybrid vs electric cars: which electrified vehicle is right for you

Should you buy a hybrid, plug-in hybrid or electric car? We examine the pros and cons of today’s electrified powertrains. 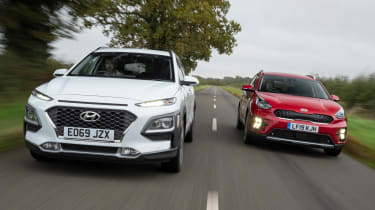 The age of the electrified car is upon us and the prominence of hybrid, plug-in hybrid and electric cars, on our roads and in the thinking of car buyers, is only going to grow in the coming years.

If you’re considering a new car today, at the very least you’ve probably wondered whether you should be finding out more about what the various electrified powertrain options have to offer. Hybrid technology in particular is permeating through familiar model ranges at a rapid pace as manufacturers move to lower their emissions in line with legislation and the number of pure electric options on offer is expanding quickly.

With the advent of electrified powertrains, the car buying process has become even more complex. Buyers must make a decision on what are still unfamiliar technologies, deciding which would fit their lifestyle and usage patterns, prove most cost effective to run and bring the best value for money. Is now the right time to take the plunge on a pure electric car? Would a plug-in hybrid make a sensible compromise? Should you stick with good-old petrol or diesel for a while longer?

If you’ve been through similar car buying dilemmas in recent times, you’re not alone and the answers that were correct 12 months ago may not be today. The technology, the cars that use it, the infrastructure that supports it and the legislative landscape that governs it are all evolving so staying on top of it all isn’t easy.

Fortunately, our guide to hybrid, plug-in hybrid and electric cars is here to help. Below we look at each of the technologies in turn, explain the differences and identify the pros and cons… 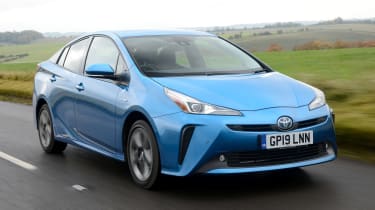 If you’re looking to make the switch from a conventional petrol or diesel car into something electrified, then a hybrid is a great place to start.

Many people favour such cars for their improved fuel economy and excellent refinement, but there are other advantages – not least the fact there’s no need to plug your car in for those low running costs.

However, the advent of ‘mild hybrids’ has muddied the water somewhat. These don’t usually offer the same diesel-beating miles per gallon that full hybrids like the Toyota Prius might; instead, they use a belt-driven starter generator to reduce the load on the engine for smaller boosts in efficiency.

Full hybrids often emit less CO2 than pure petrol or diesel cars; every hybrid (including mild hybrids) qualifies for a £10 annual discount on road tax (VED). While that may not sound much, the low emissions could result in big savings for company car drivers looking to lower their Benefit in Kind (BiK) tax bill.

Hybrids make most sense in and around town, where many can manage a mile or two on electricity, power they can recover when the car decelerates. But plenty of models are well suited to long motorway trips; in fact, if your commute is longer than average and you’ve no means to charge an electric car (EV) at home, a hybrid could be the perfect solution.

Hybrids have no rechargeable plug-in battery or cables, so those used to a normal petrol car will have to make very few concessions to run one. It drives like a regular automatic car, with electronics working in the background to bring big better efficiency.

Hybrids also tend to cost less than plug-in or electric cars. And there are plenty of used models, too. Ready to dip your toe into the green car market? Hybrid could be the answer. 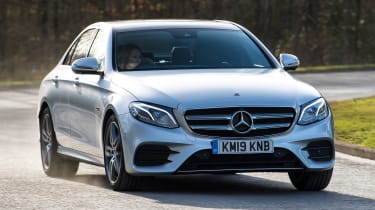 Some say plug-in hybrids are little more than a stop-gap or stepping stone in the race towards fully electric vehicles. To an extent, that’s true; you’ll need a particularly defined set of circumstances to fully realise the potential benefits of a plug-in hybrid.

Most PHEVs will do between 20 and 30 miles on a single charge, although some – like the latest BMW X5 xDrive45e – claim as many as 50-plus miles on just electricity. Plus, if you run out of power, you’ve got a petrol (or diesel) engine to fall back on.

PHEVs make most sense, then, for those with a short commute, but who occasionally need the flexibility of a more traditional combustion engine for longer journeys. The ability to top up the car’s batteries overnight will be a huge benefit to those considering a plug-in hybrid; taking advantage of an off-peak electricity tariff and using the petrol engine sparingly could see your motoring costs tumble.

There are big advantages for company car drivers, too. Recent changes to company car tax mean that running a PHEV could save you thousands. From 6 April 2020, plug-in hybrids with CO2 emissions of less than 50g/km and an official WLTP electric range of 30-39 miles are subject to a Benefit in Kind (BiK) tax rating of just 10 per cent. An equivalent petrol or diesel car could be at least 30 per cent higher; the longer the EV range, the greater the saving, too.

You’ll need to be careful, however; regular long journeys don’t suit the nature of a plug-in hybrid, because you’ll inevitably have to rely heavily on the car’s petrol or diesel engine – and when you do that, you’re just lugging around a big, heavy battery pack without any tangible benefit.

Do this too frequently and your fuel economy will suffer, which negates the bonus of the lower BiK tax. 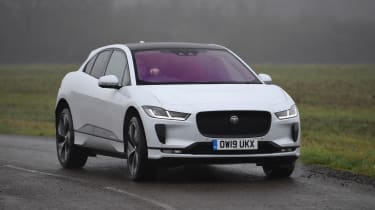 The government’s goal is to encourage the take-up of pure-electric vehicles, so it’s here you’ll find the greatest incentives. If an electric car fits your lifestyle, there are potentially huge savings to be made.

While both PHEV and EV models are eligible for the Electric Vehicle Homecharge Scheme – giving you up to £350 off the cost of a home wallbox charger – only pure-electric vehicles qualify for the government’s plug-in car grant. There are a few exceptions, but if your new car costs less than £50k, you should be eligible for up to £3,000 off the price.

On top of this, electric cars are currently exempt from Benefit in Kind (BiK) company car tax. This rises to one per cent in 2021, and two per cent in 2022, but even then you’ll be paying a fraction of what you would for a like-for-like petrol, diesel or plug-in hybrid car. EV drivers pay no road tax, either.

Of course, the big concern for many looking to switch to electric is how they’ll charge their new car. But many models will do 300 miles (or more) on a charge, and with over 30,000 public points dotted around the UK, you’re never too far from a plug.

However, for many, being able to top up at home will make EV ownership enticing. Indeed, if you have a driveway and access to a plug or wallbox, visiting a filling station could soon become a thing of the past.

For the time being, electric cars continue to cost more than the equivalent petrol or diesel model; the latest Peugeot e-208, for example, costs 20-30 per cent more than a like-for-like petrol version. Experts suggest price parity is only a few years away, however.

Equally, those without off-street parking – or who regularly cover several hundred miles a day – may find themselves better suited to a petrol, diesel or hybrid car. For now, at least.

Now check out our answers to the big electric car questions…