Home » Car Reviews » Honda tried over 300 times to contact US Accord owner killed by Takata airbag – get your car checked – paultan.org 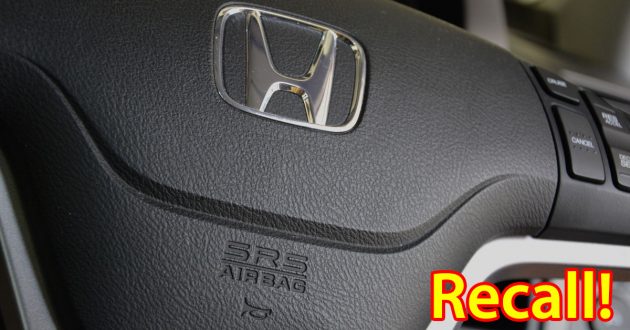 The United States National Highway Traffic Safety Administration (NHTSA) recently announced another crash death from a faulty Takata airbag inflator. This brings the total number of confirmed fatalities in the US to 23, with four fatalities confirmed in 2022.

The latest fatality involved the owner of a 2002 Honda Accord, which had its Takata airbag inflator rupture following a crash in Bowling Green, Texas. In a media statement, Honda confirmed the incident and said there have been 17 deaths and more than 200 injuries in the US related to faulty Takata airbag inflators.

The company’s US division said it had attempted to contact the car’s owner more than 300 times since the recall for airbag inflators was initiated in April 2011, reports Carscoops. “Starting in June 2011, Honda made more than 300 attempts to reach the owner of this vehicle, who purchased the car in 2008,” read the company’s statement.

“This included more than 40 mailed notices to the registered address, over 230 phone calls and over 40 email notifications. Our records indicate that the recall repair was never completed,” it continued, adding it has sufficient supply of replacement airbag inflators to complete the free repairs.

“Whatever you’re doing, stop now and check to see if your vehicle has a Takata air bag recall. If it does, make an appointment to get your free repair as soon as possible. If this air bag ruptures in a crash, it could kill you or someone you love, or leave them with critical, life-altering injuries. Every day that passes when you don’t get a recalled air bag replaced puts you and your family at greater risk of injury or death,” said NHTSA acting administrator Ann Carlson.

Takata airbag inflator recalls have been initiated worldwide, including in Malaysia, and it is imperative that you replace faulty airbag inflators. Anthony Loke, who has returned as transport minister, said previously that failure to comply with replacing faulty airbag inflators can be met with a RM300 saman and the inability to renew a vehicle’s road tax. This is still a very serious safety concern, and you can check if your car is affected through these links for different car brands: