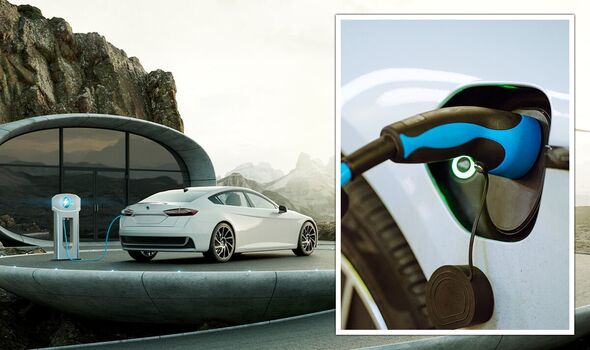 Online car marketplace carwow is warning that growing dissent from car manufacturers could derail politicians’ big plans for electric cars. From 2030, only EVs, and hybrids that can cover a “significant distance” in zero-emission battery mode, can be sold from new, with anything that is not a fully electric vehicle banned from 2035.

Experts at carwow consider that this planned abandonment of hybrid technology, which is popular, practicable and brings a meaningful reduction in exhaust emissions, should be reconsidered as a matter of urgency.

In December last year, the president of Toyota warned that in the car industry, the “silent majority is wondering whether EVs are really OK to have as a single option,” and that we need to be “realistic” about this goal.

Earlier in the year the boss of BMW was implicitly critical of the EU’s plans for banning new petrol and diesel car sales in 2035, explaining that “an abundance of renewable energy, a seamless private and public charging infrastructure network and access to raw materials” were all “essential” for such a project to work.

Hugo Griffiths, carwow’s consumer editor, said: “Utterances such as these do not happen by accident, not least from auto-industry bosses who are traditionally conservative: such statements speak of real concerns for the feasibility of politicians’ plans for electric cars.

“Nobody is denying the brilliance of EVs: smooth, quiet, brisk and relaxing, the technology behind these vehicles is, in many ways, superior to the petrol and diesel engines that have driven us for the last century or so, while the ability of electric cars to produce no direct exhaust emissions is of particular benefit in urban settings.

“But a sea change is required to bring us to a place where the circa two million new cars sold in the UK in a normal year can be electric, and there are no signs that the tide is going to turn swiftly enough for this to become a reality.”

Mr Griffiths added: “Ministers can come up with all manner of high-minded policies from the back of an electric limousine, yet there remains a huge gulf between blue-sky political thinking, and how much cobalt and lithium can actually be dug out of the ground for EV battery packs.

“Because if carbon dioxide and local air pollution are the enemies, the most sensible course of action is to look to the companies that have had the greatest success in reducing their fleet CO2 emissions over the years, and let these practical demonstrations lead policy planning.

“We consistently see manufacturers such as Renault and Peugeot perform well here thanks partly to the EVs they sell, but also because of the small, light petrol cars they produce so many of, and which are far less polluting than large, heavy cars with big engines.

“Toyota, meanwhile, has an established focus on petrol-electric hybrid cars that has long allowed it to lead the field in reducing the amount of carbon dioxide its cars emit, while also doing its part for local air pollution.”

The expert stressed that by combining these approaches – focussing on vehicle weight as well as hybridisation and electric power, and allowing the sale of new hybrid cars beyond 2035 – ministers would be able to bring emissions down meaningfully, while also keeping new cars affordable and in good supply.

Mr Griffiths added: “Electric cars certainly play a part in our future but they aren’t the only option, not least because prices look set to remain high compared to petrol and diesel technology.

“Unattractive charging solutions make EVs an inconvenient and tough sell for those with no off-street parking, too.

“The automotive industry is under pressure to reduce emissions, but manufacturing cars, as well as tyre and brake wear, produce pollutants: a 2,800kg electric SUV brings heavy costs in these areas, whereas a 1,100kg petrol-electric hybrid hatchback fares far better.

“The goal must be to reduce emissions from all walks of motoring rather than eliminate them altogether as, short of a ban on all driving or the discovery of perpetual motion, the latter is physically impossible.

“A blended, reality-based approach to what powers our cars is the only sensible solution.

“Legislating to make new electric cars the only option amounts to ideological zealotry that bears little resemblance to what is actually achievable.”

There have been situations where drivers were fined for simply waiting to charge their vehicles.

Which Convertibles Have Power-Folding Hardtops?