There is no sign of a slowdown in the German plug-in car segment. Sales are booming.

While the German car market is still in a significant decline in June (by 32.3% year-over-year to 220,272), the plug-in electric car market, strengthened by the generous incentives, is booming.

Last month, some 18,868 new passenger plug-in cars were registered, which is 119% more than a year ago! Not bad for the current situation in Europe. That is 8.6% of the market.

The more detailed look reveals that the major force behind the high results is plug-in hybrids, which are at an all-time high level:

BMW had 427 BEV registrations and 1,215 PHEVs. Volvo also was strong on the PHEV front with 1,339 units. Tesla, which is still rebuilding its logistics interrupted by COVID-19, noted 841 units total.

From new models, we saw some 75 Honda e, and five Polestar 2. And by the way, five plug-in hybrid Renault units also appeared on the list. 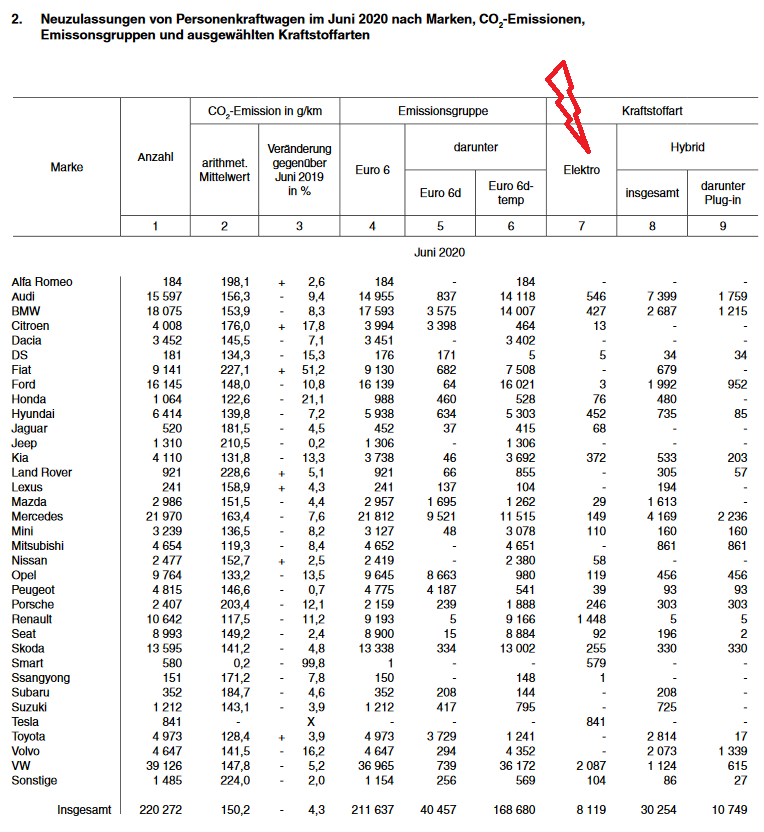