Genesis really made a splash when it unveiled the X Coupe concept, a study that bore the mark of the place where it was designed – the state of California. Then the luxury arm of Hyundai released another version of it, with a more shooting brake-style rear end, calling it the X Speedium Coupe concept.

But even after a year since the first concept was shown and almost five months after the reveal of the second, Genesis had not allowed anybody to look inside. That’s because there was no interior, since the vehicle was conceived purely as an exterior design exercise, showing the brand’s future styling direction.

Given the positive reception it received at the event, we chose to complete the concept and present it to discerning attendees at the Pebble Beach Concours. The interior captures the Genesis brand’s “Beauty of White Space” design ethos, which suits various luxury lifestyles and adds to the appeal of the dynamic GT.

Unsurprisingly, given the classically beautiful and not overtly futuristic exterior, the interior is also quite traditional in its appearance and layout, at least at first glance. There’s no retractable steering wheel here and everything is driver-centric. Genesis even gave the car an actual tachometer in the digital gauge cluster, although it may not work the way you think.

That’s because it’s apparently a motor output gauge, so it doesn’t measure revolutions per minute, even though it looks like it goes up to 9,000 rpm and has an actual redline. We’re still not quite sure how it works, but it’s interesting how traditional Genesis is trying to keep things inside – it describes this style as “newtro,” a combination of the words “new” and “retro” and it is used to great effect throughout the design. 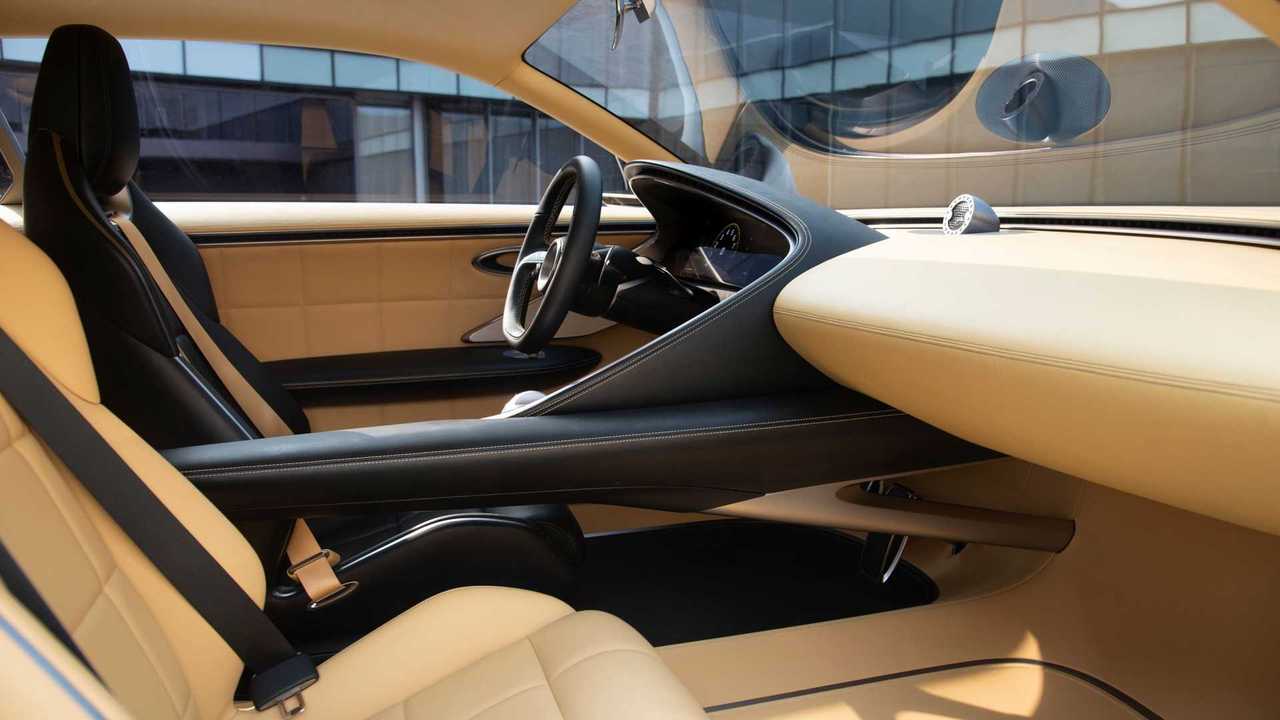 What really makes the cabin unique is outright minimalism, since there are hardly any physical controls, and just the driver’s display, as well as a small elongated portrait style central screen (steeply angled towards the driver). It’s also overtly driver focused, hinting that Genesis wants this vehicle to be perceived as one that would be enjoyable and engaging to drive.

To further highlight this focus, the manufacturer decided to clad the driver’s seat in black leather, as opposed to the light brown material that is used on all the other seats and interior panels.

The Genesis X Speedium Coupe Concept was shown to the public with this new interior at the 2022 Monterey Car Week where it turned a lot of heads. Would you like to see a production version of this vehicle? Let us know in the comments.

‘A menace and a danger!’ Older drivers express anger at tailgating by youngsters