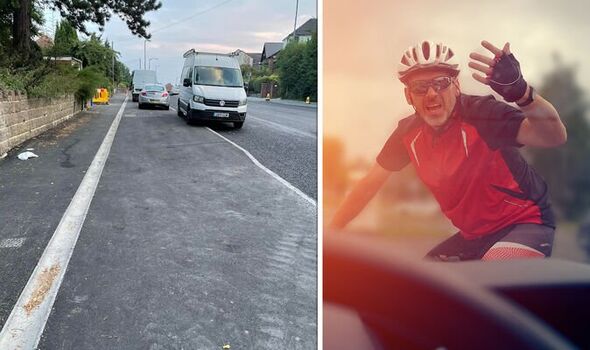 New cycling lanes in Burton have sparked fury among cyclists who have criticised the change explaining they now have to go from the road to their designated lane, to then move onto a pavement before travelling to the road again. Cyclists claimed some of the new cycle lanes in the UK are confusing, “totally unnavigable” and “a waste of time”.

Motorists saw roadworks take place over 15 weeks on the busy road to install new cycle lanes. Now that the work is completed, cyclists said the pavement has been made “too narrow” and cars are now parking on the road after part of the lay-by was axed.

A cyclist, who wished to remain anonymous, explained: “I was just riding to work and using the new cycle lane but why is it so wide?

“They have taken some of the lay-by, decreasing the width of the road so now cars and vans are parking in the lane.

“The pedestrian walkway is too narrow so if two people with pushchairs come against each other one may have to go into the cycle lane. I think it’s a poorly thought out design.” 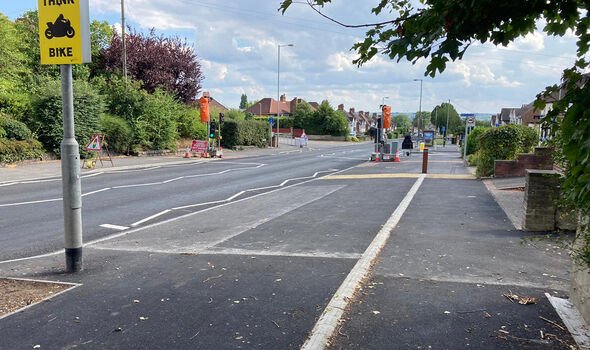 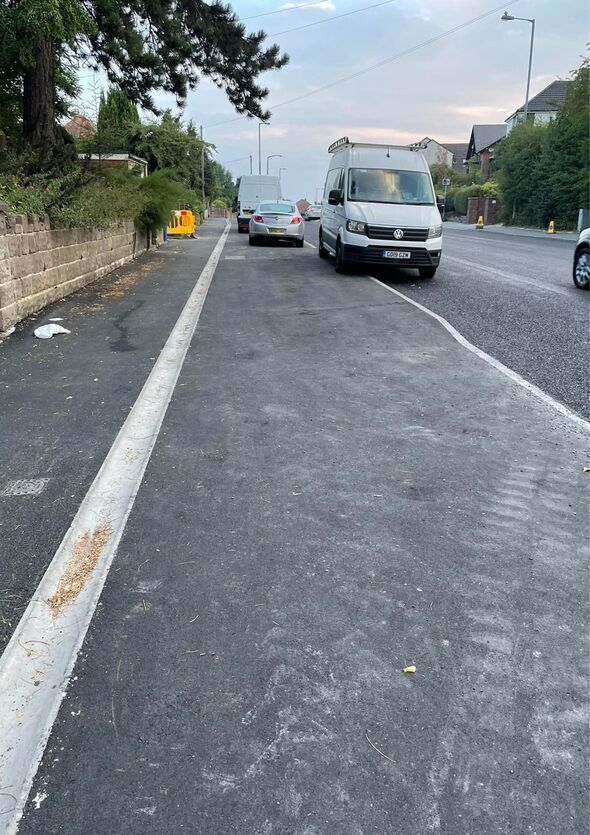 Another cyclist explained: “As a keen cyclist I welcome the provision of designated cycle routes which generally promote safety to pedestrians, cyclists and motorists.

“However having suffered over three months of delay and traffic lights, I eagerly regarded the completed work.

“Having talked to other bike users, the popular consensus is why bother? The new works are too complicated and designed to cause aggravation not ease of access.”

He added: “It is totally unnavigable. It is another case where the council has jumped in and wasted thousands of tax payers’ hard earned cash without the necessary consideration,” he told The Sun.

DON’T MISS
Driver slapped with £60 bus lane fine despite not being in country [INSIGHT]
Drivers urged not to use common car button to save money on fuel [ADVICE]
Drivers warned of massive £5,000 fines for splashing pedestrians [WARNING]

The Staffordshire County Council explained the system aims to protect cyclists and their safety while riding a bike by minimising conflict which often arises with other motorists.

Cabinet member for highways and transport at Staffordshire County Council, David Williams, explained: “The new segregated cycle route will benefit cyclists of all ability levels and encourage more inexperienced cyclists to use their bikes.”

Some cyclists claimed, however, that the renovated pavement has now encouraged cars to park there which makes travelling even more difficult.

Another cyclist explained: “I have tried it and it is difficult. Cyclists will ignore it. Other cyclists have told me it is a waste of time.” 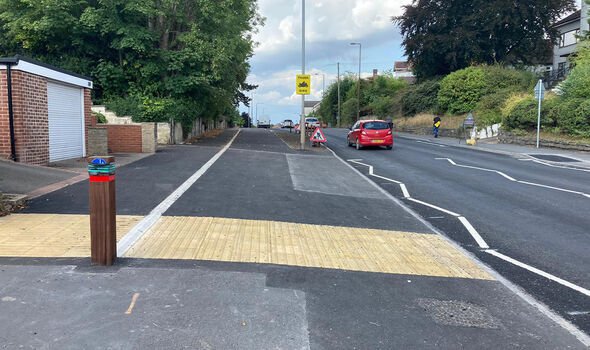 New cycle lanes have also been introduced in Stoke-on-Trent where furious motorists said that the expanded three-foot-wide bike lane is just useless.

A driver explained: “Cyclists don’t use the damn thing anyway. They’ve just put new cycle lanes in and the kerb is raised. Cars keep hitting them as they’re just in the middle of the road.”

Christian Schreyer, the chief executive of Go-Ahead Group, recently suggested that the UK should remove cars from roads to boost cycling and public transport.

He explained that the country could benefit from schemes used in some European nations like Germany and the Netherlands where travelling by bus or bicycle is the norm.

Christian said: “Next to the bus you have your bicycle lane and then you have pedestrians. No one complains anymore.

“For me, there’s no alternative if you want to, on the one hand, achieve the climate targets and on the other hand, you want to make cities attractive again,” he told The Telegraph.

Transport Secretary Grant Shapps previously suggested capping bus fares at £2, in a policy for the “most vulnerable” to benefit.

In 2020, the Government also unveiled a £2billion spending package to “create a new era of cycling and walking”.

Report: Tesla's Plan To Restore Full Production In China Is Delayed A Week