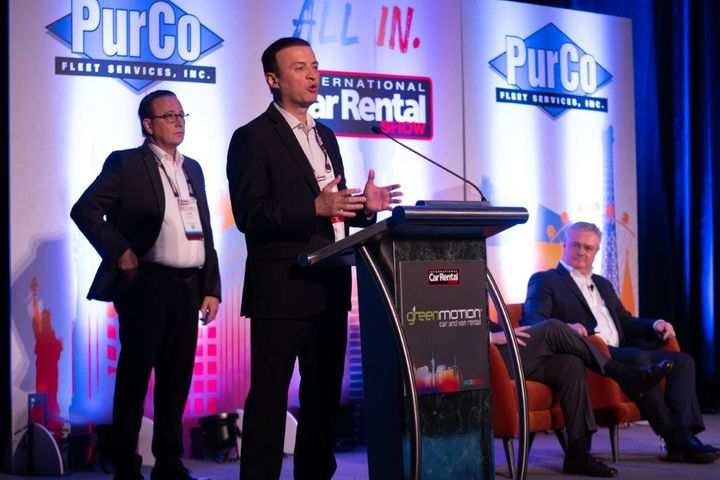 Allen Rezapour and Mike Jaberi take the stage at ICRS to share the news of the leadership transition to Europcar.

Allen Rezapour and Mike Jaberi, Fox-Rent-A-Car's co-founders and leading executives for over 30 years, announced plans to leave the company they founded after a record 2021 year. Gerardo Bermejo will formally succeed them on July 1, 2022, and will foster Europcar Mobility Group’s plans and further expansion in the U.S. 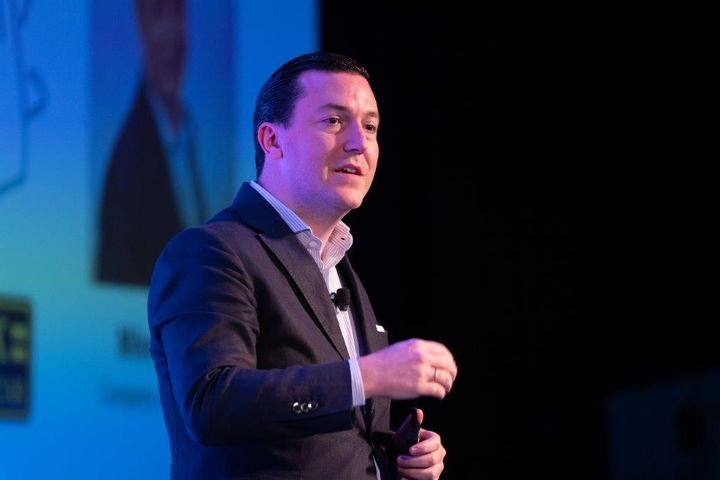 Gerardo Bermejo presented on Europcar's U.S. expansion plans during the show. The company already operates in 140 countries around the world.

Bermejo joined Europcar Mobility Group in 2017. Since then, he has worked as CFO for the group in Spain and at the same time, held other positions within the group, including taking charge of the group’s low-cost business unit. Bermejo has over 20 years of experience in senior automotive and a sound understanding of the car rental industry, acquired in several leadership positions, notably at Citroën and at MIASA Group. He also has an international experience, including France, China, and the United States.

With Bermejo’s appointment, a new chapter opens for Europcar Mobility Group’s operations in the U.S., in line with the intention to strengthen the group’s ability to serve its customers on a global scale, capitalizing on both inbound and outbound flows, as well as the strengths of the group brands’ portfolio, notably with the launch of the Europcar brand in U.S. corporate locations.

As part of the announcement, Fox also debuted a new brand and logo, with an arrow symbol representing its continuous momentum.

Kicking off the #icrs2022 keynote is Europcar on its U.S. expansion plans and company vision. Responsibility, sustainability, and alternatives to vehicle ownership are just a few things it's working on. pic.twitter.com/XgGheVzZet

"I am thrilled to be joining such a successful perimeter for Europcar Mobility Group, and look forward to shepherding in an exciting era for the company with a special focus in the expansion of our corporate locations, implementation of our core Service Lines organization, and a customer-focused co-brand investment," Bermejo said in a statement.

"In light of all the challenges that have affected the travel industry since early 2020, we remain excited by our U.S. perimeter, especially with their record 2021 results," Smith added. "Our U.S. roadmap includes tactics to build on the success with a deeper alignment on our global 'CONNECT' strategy to become a major player in flexible, sustainable, digital, and connected mobility.”

Forza Horizon 5: Here Are All 143 Cars Confirmed So Far

Polestar Looks to Reinvent Itself in U.S. With New Lineup, Marketing Push