The company can even install Nappa leather in the cabin.

Now that the Ford Mustang Mach-E deliveries are underway, we can expect aftermarket firms to introduce a variety of parts for owners to customize their new EV. Motion R Design is entering this market while things are hot by introducing a body kit and wheels for the electric crossover.

The kit includes a new grille that removes the pony logo and adds slats to the nose. The front fascia is more aggressive by incorporating large inlets in the center and corners. There are also fender flares for broadening the Mach-E’s stance. The combination of components make the vehicle’s face more eye-catching than stock but without looking cartoonishly ostentatious, which is often an issue with body kits. 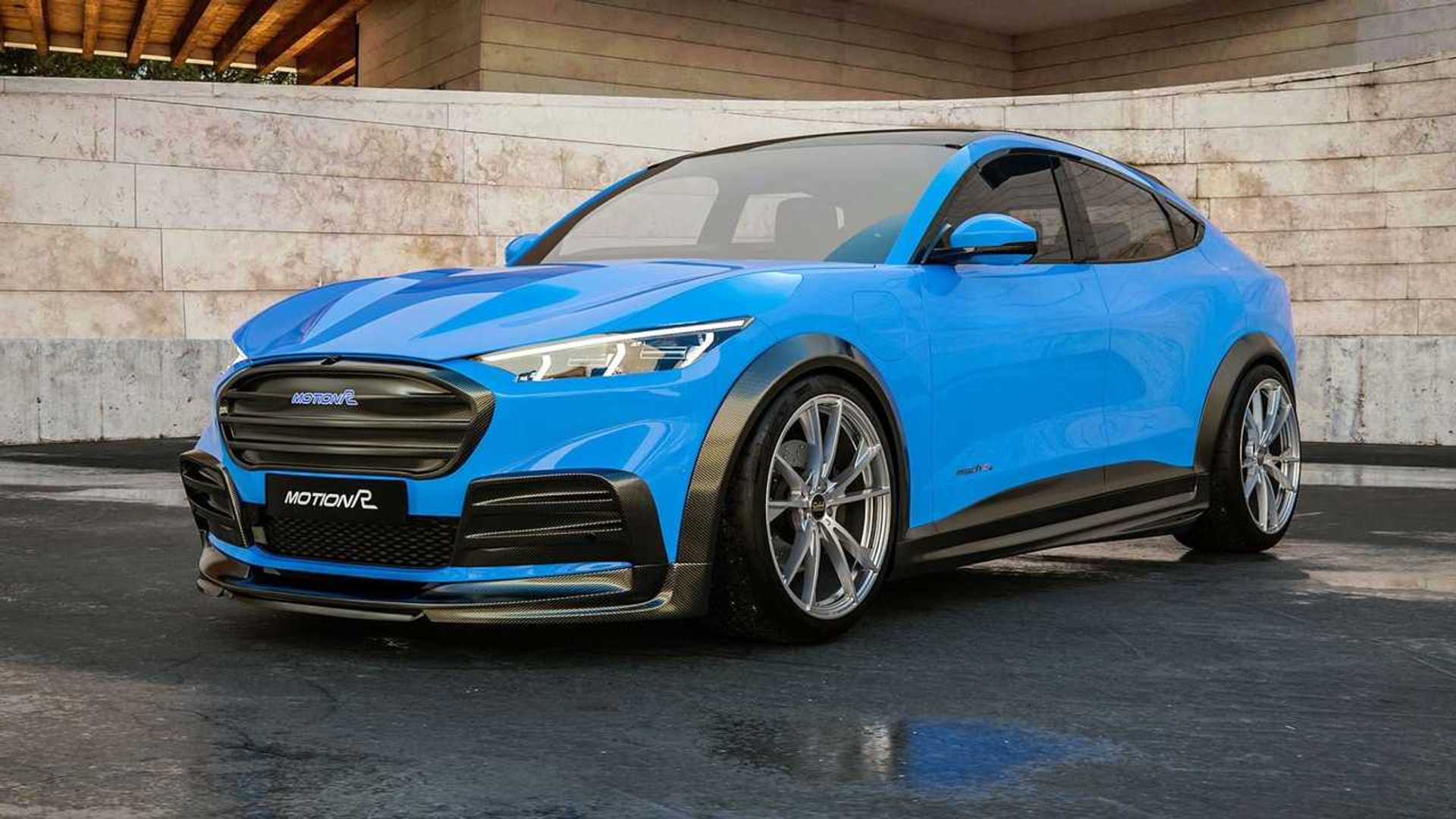 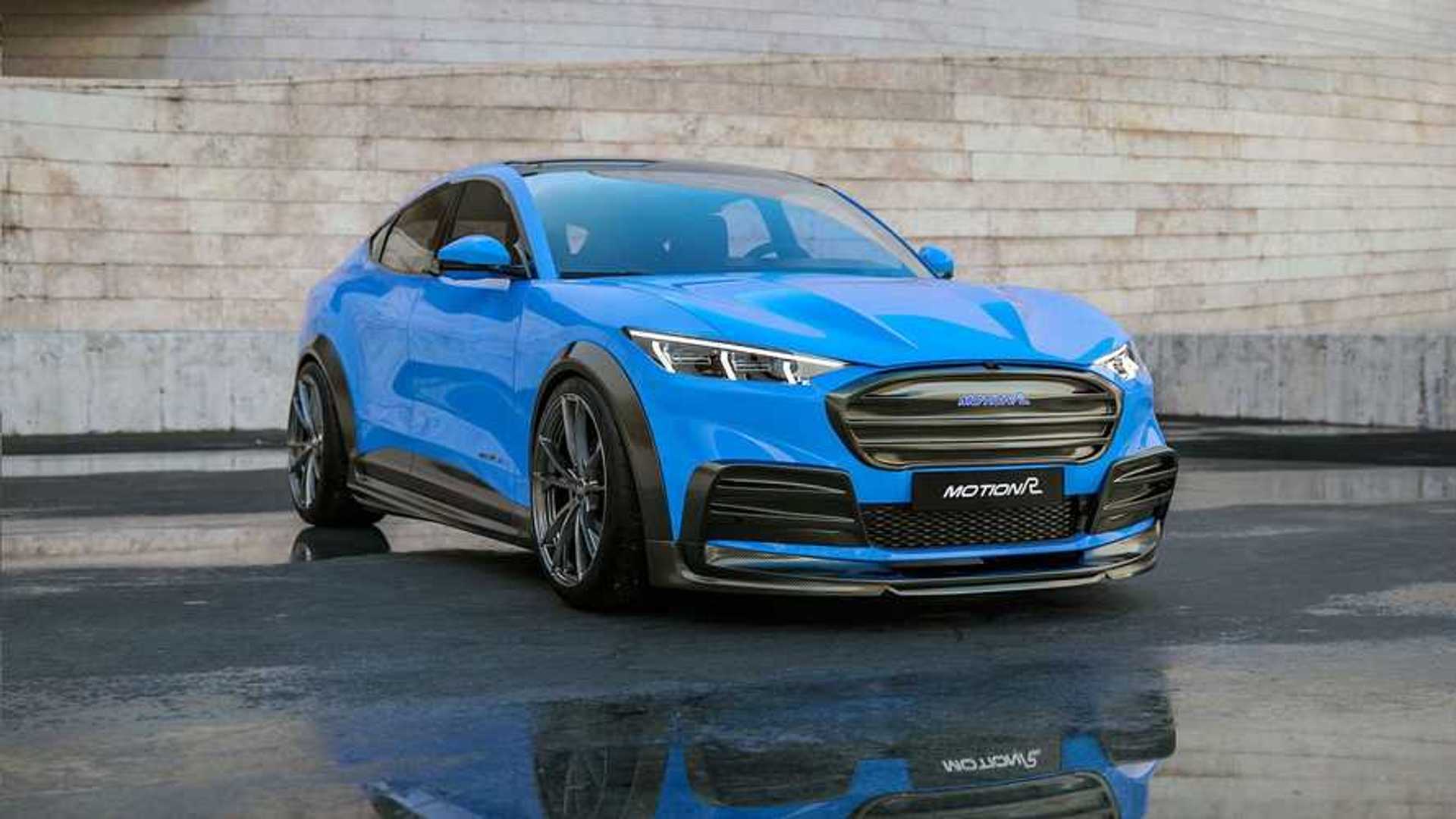 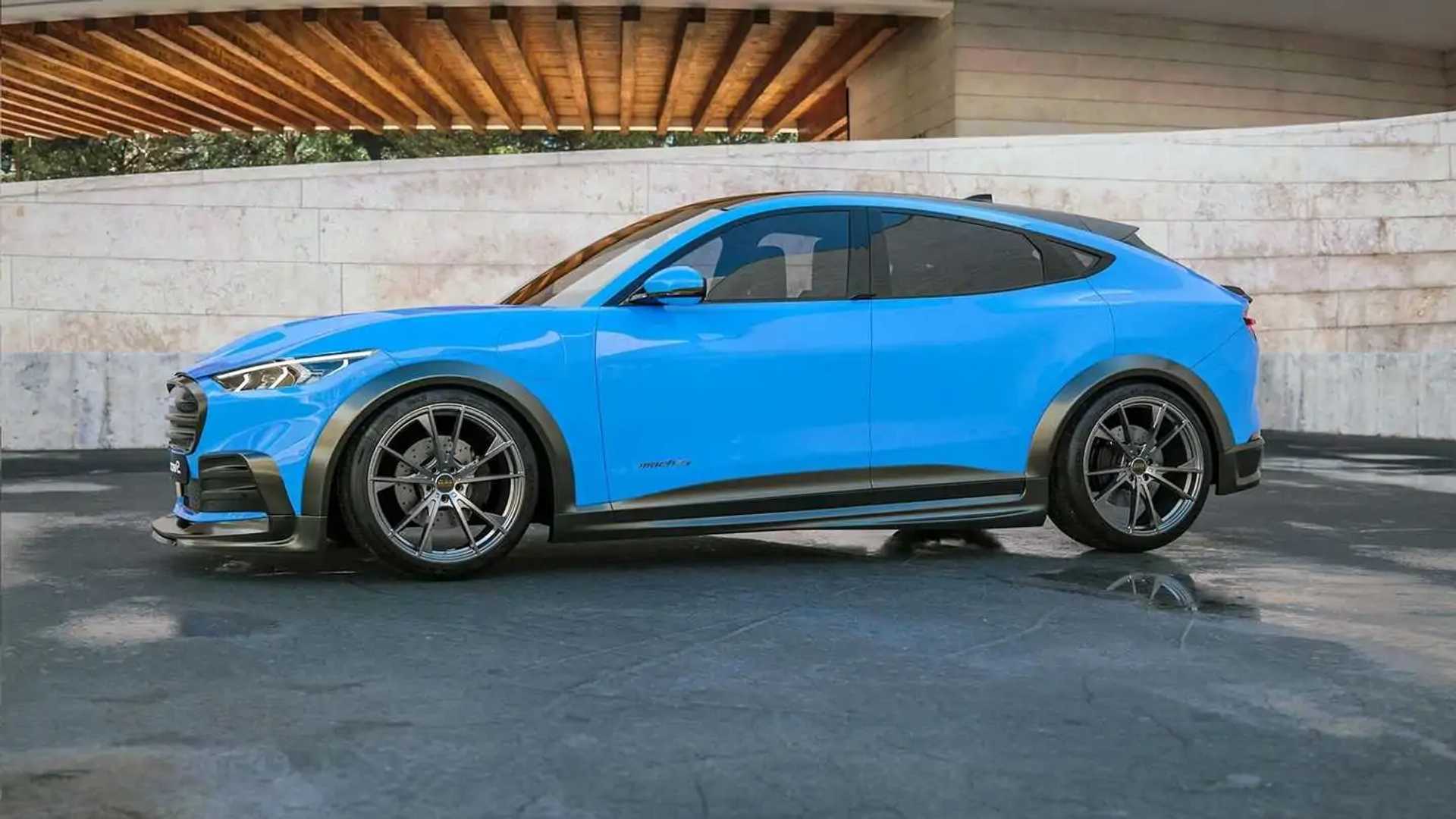 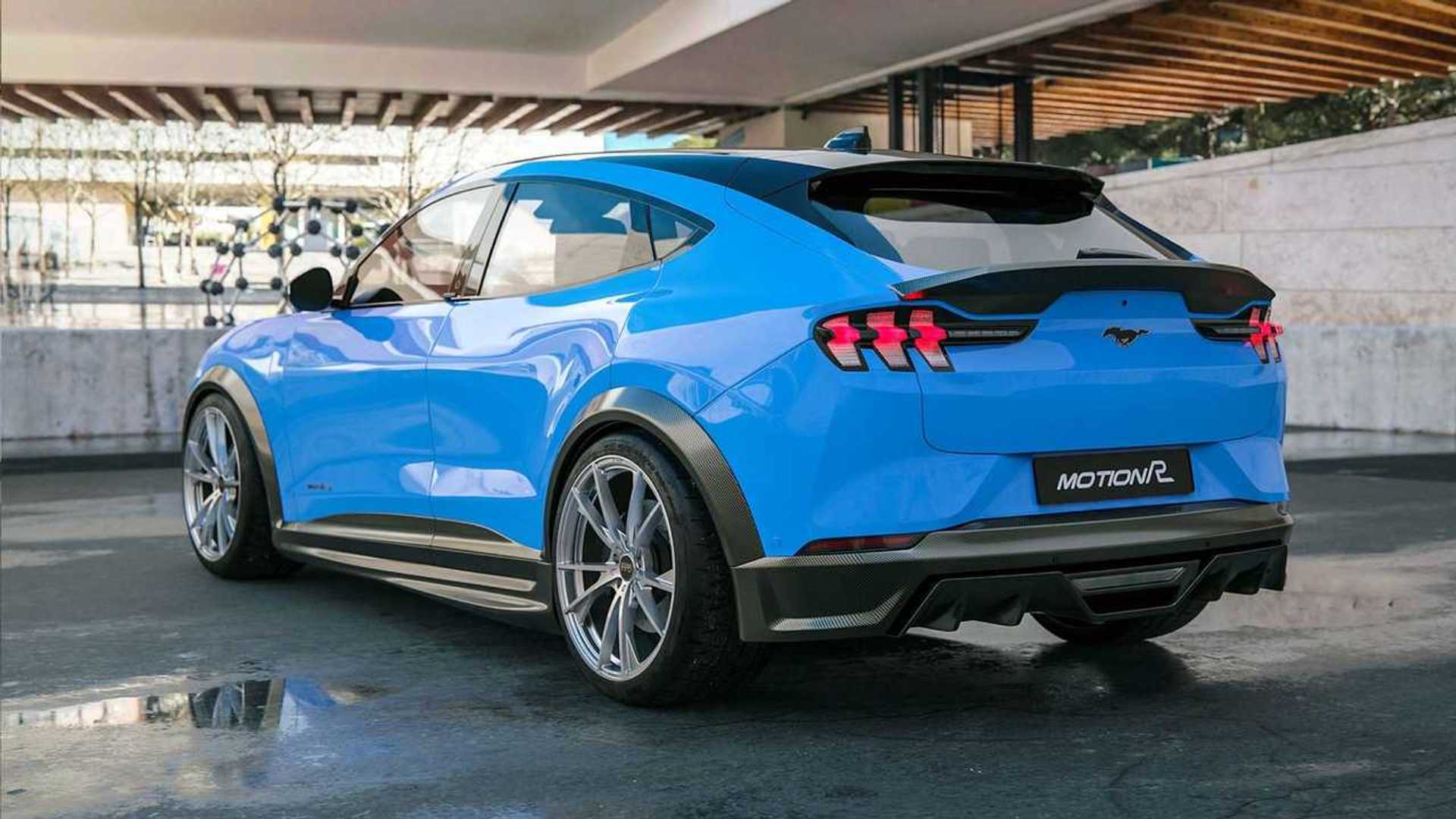 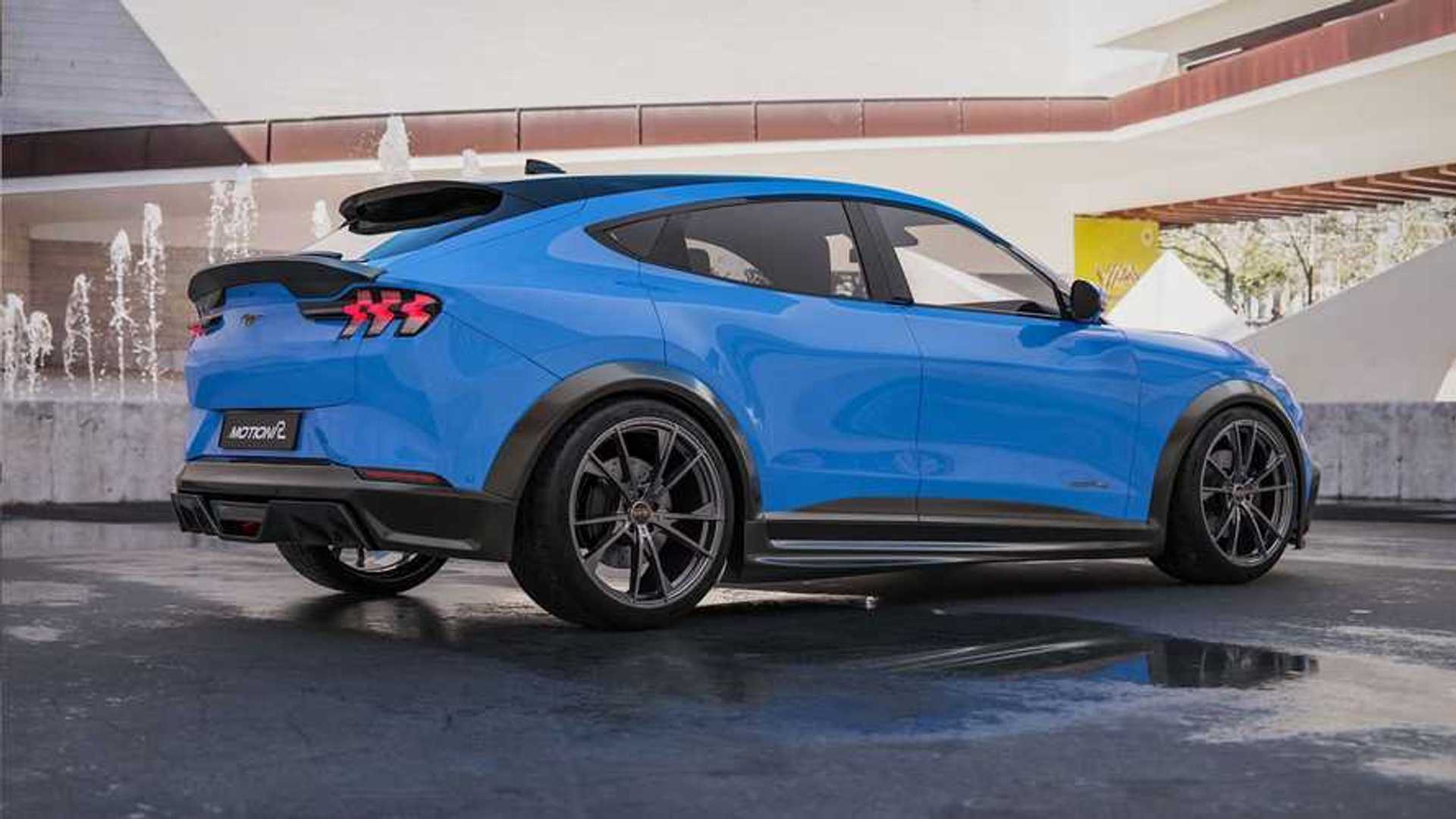 The components include new side sills that run between the fender flares. At the back, Motion R Design adds a spoiler below the window on the rear hatch. The company also installs a diffuser below the fascia.

All of the pieces are available in either 2×2 carbon fiber or a forged carbon weave.

Motion R Design also works with Quantum44 to get the company’s Q44 Flow Forged wheels. They feature skinny spokes, and some widen as they meet the rim. Their size perfectly fill the space in the fenders.

While not visible in these photos, Motion R Design also has interior tweaks for the Mach-E. The company offers a flat-bottom steering wheel and carbon fiber door panels. Nappa leather upholstery throughout the cabin is available, too.

Ford began really ramping up Mach-E production in late 2020, including building 2,545 of them in November and 3,129 in December. The company intends to assembly 50,000 units for the first year.