Ford is celebrating the milestone of building 40 million examples in the long-lived F-Series pickup family. The company introduced the nameplate for the 1948 model year and has been producing them ever since. The family of models has been the best-selling vehicle in the United States for 40 years. 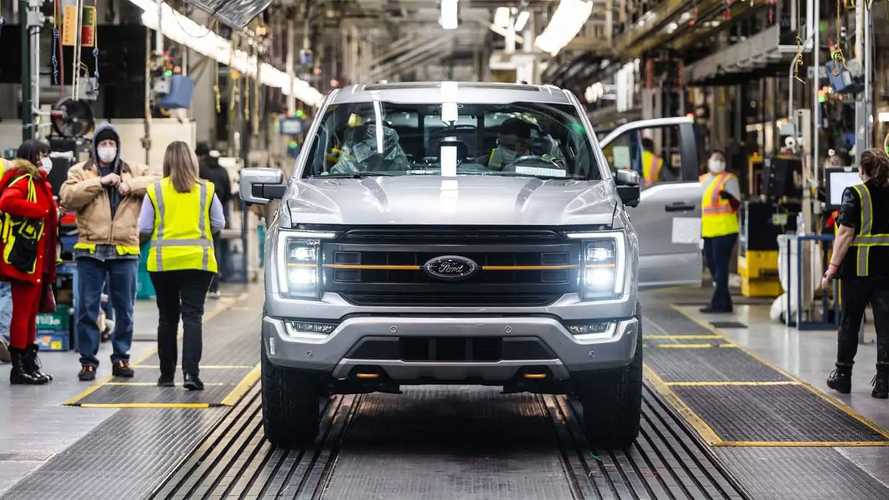 Ford CEO Jim Farley tweeted the video below showing the truck rolling off the line.

The first-gen of the F-Series was available as the F-1 through F-8, and the increasing numbers indicated a high Gross Vehicle Weight Rating. The range ran the gamut from a half-ton pickup for light work to heavy-duty versions for commercial customers and even function as buses.

The F-150 is now in its 14th generation after a debut for the 2021 model year. The biggest change is the introduction of the PowerBoost hybrid model with an electrically assisted twin-turbocharged 3.5-liter EcoBoost V6 that makes 430 horsepower and 570 pound-feet of torque. Plus, this version can get a 7.2 kilowatt version of the Pro Power Onboard generator that includes four 120-volt plugs and one 240-volt outlet.

The F-Series gets its first fully electric version later this year with the launch of the Lightning. Depending on the trim level, its dual-motor powertrain makes either 426 hp or 563 hp. Regardless, there is 775 pound-feet of torque. The standard-range battery offers an estimated 230 miles of range, and the extended-range pack pushes the distance to 300 miles.

Ford is also touting the Lightning’s ability to function provide nine hours of electricity to a home if the power goes out. Although, a house needs an AC-DC inverter and the optional Charge Station Pro charger for this to work.

ULEZ should be replaced with smarter incentives, London Assembly told