Ford Motor Company has denied a report that it is looking at ways to separate its electric vehicle operation from its legacy business to benefit from the same type of investor enthusiasm received by pure-play competitors like Tesla and Rivian.

Ford issued a statement to Bloomberg saying that the company has no plans to spin off its EV or ICE side of the business.

“We are focused on our Ford+ plan to transform the company and thrive in this new era of electric and connected vehicles. We have no plans to spin off our battery electric-vehicle business or our traditional ICE business.”

The statement followed a report from Bloomberg that suggested Ford CEO Jim Farley is looking at ways to separate the new technology operations from the traditional side of the business in the hope that it would allow Ford’s EV business to boost value by shedding legacy costs and to gain greater access to capital markets.

However, splitting the company may prove too difficult to accept by the Ford family, the report said citing unnamed sources familiar with the internal deliberations. Instead of a spinoff, Farley reportedly plans to simply separate the EV business internally as its own unit as part of a brand reorganization. 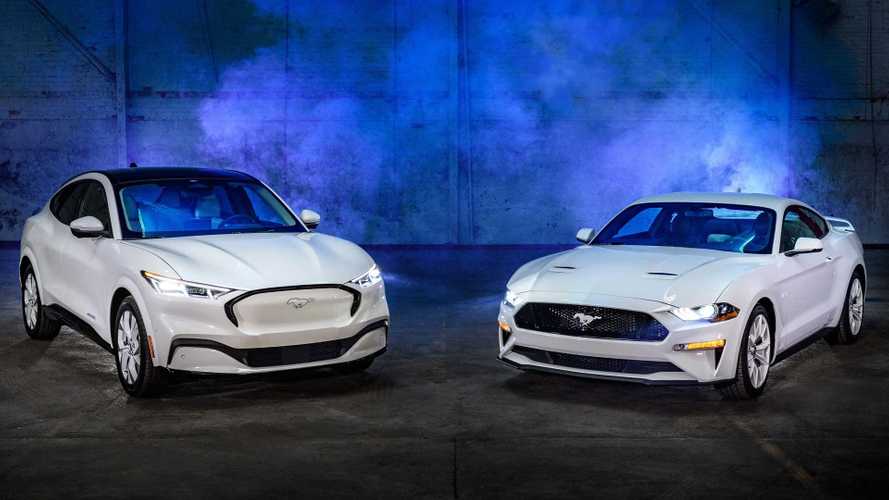 That’s a different stance than the one he took earlier this month during Ford’s earnings call, when he didn’t reject the possibility of spinning off either operation.

“Running a successful ICE business and a successful BEV business are not the same. I’m really excited about the company’s commitment to operate the businesses as they should be.”

He also said that the EV business is “fundamentally different” when it comes to the customers it attracts, the way its products are built and the engineering and design talent that must be hired.

“We’re not seeking half measures. We’re done with incremental change. We have a clear plan, a bias for action and a whatever-it-takes mindset.”

Ford is said to have had talks with financial advisors late last year to explore some options for the EV operation, including a potential reorganization and raising private capital for it, two people familiar with the matter told Bloomberg.

The same sources claim Jim Farley is working closely on the effort with Doug Field, who used to lead Apple’s car project and was Tesla’s chief engineer before that. Field, who joined Ford in September as its advanced technology chief, would have a senior role in any new entity, according to the report.

Tesla Model 3 On Autopilot Destroyed By Merging Semi, Plus Much More