It’s colorful, cool, and a clear statement from Ford on its feelings regarding discrimination.

Friends, we live in an age where the world is closer and more connected than ever. Social media offers instantaneous communication with pretty much anyone, but such communication is a double-edged sword. That’s a discussion for another place, but we will happily show you one automaker’s colorful response to discriminatory social media comments. And what an awesome response it is.

Ford’s German branch has long supported Christopher Street Day (CSD) in Cologne, the location of the automaker’s headquarters in Germany. Cologne also holds one of the largest CSD events in the country, which is dedicated to celebrating and supporting the LGBTQ+ community. This year, Ford offered a rainbow-adorned Ranger Raptor for the occasion but the Raptor’s origin was two-fold. It was also created due to a specific, negative social media commenter that called the Raptor’s original color of Performance Blue “very gay.” As such, Ford specifically named this pickup the Very Gay Raptor. 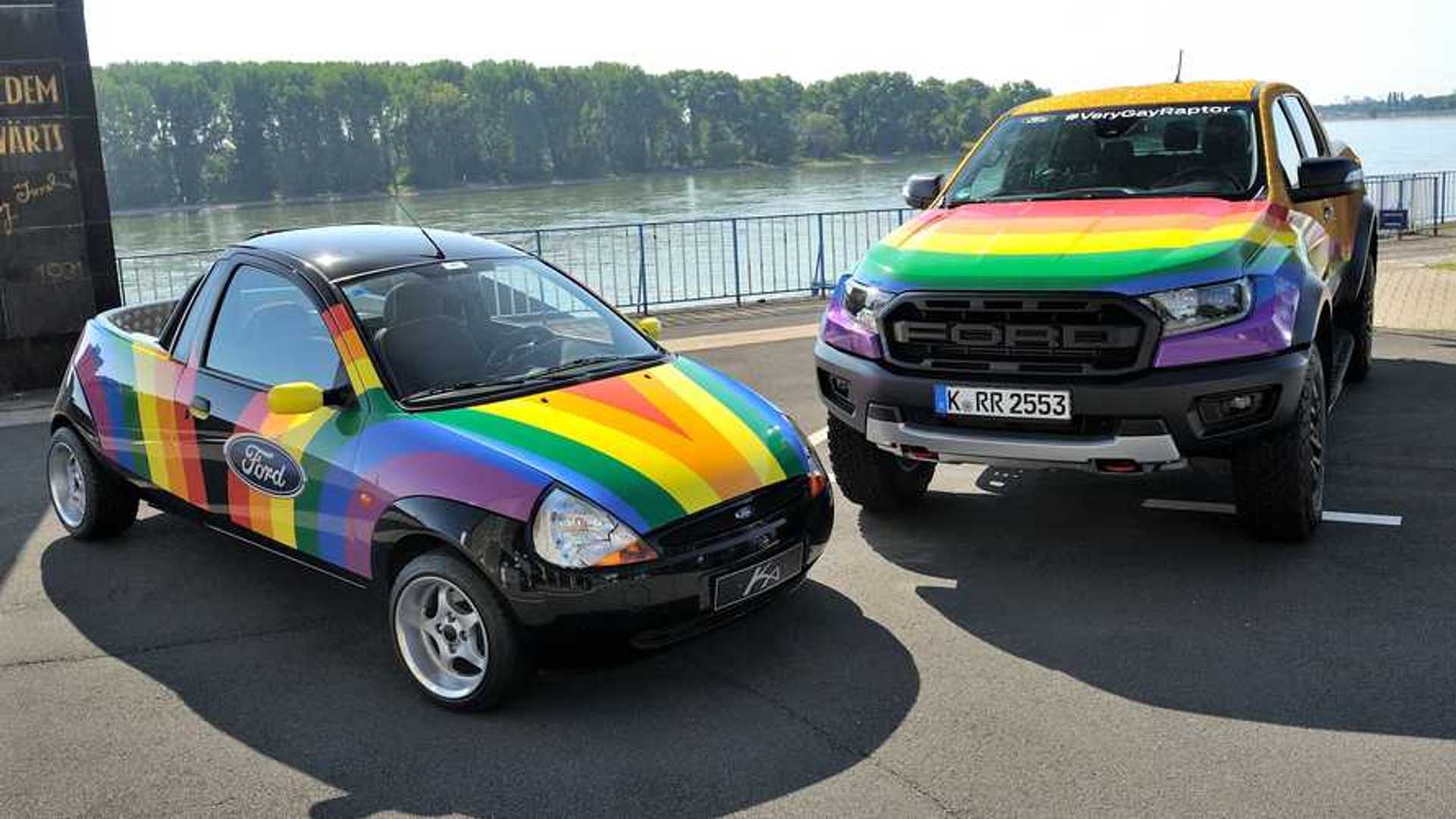 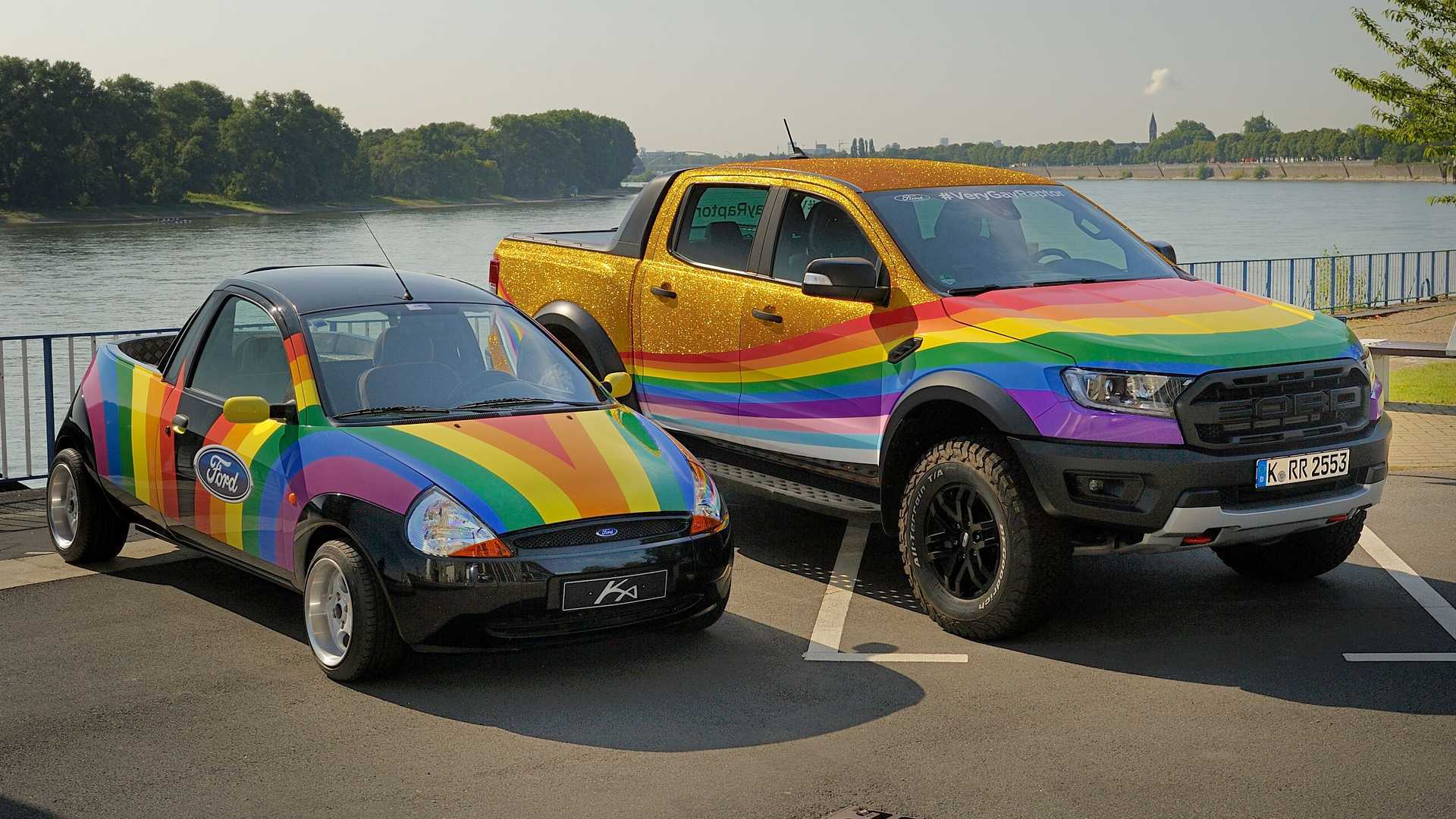 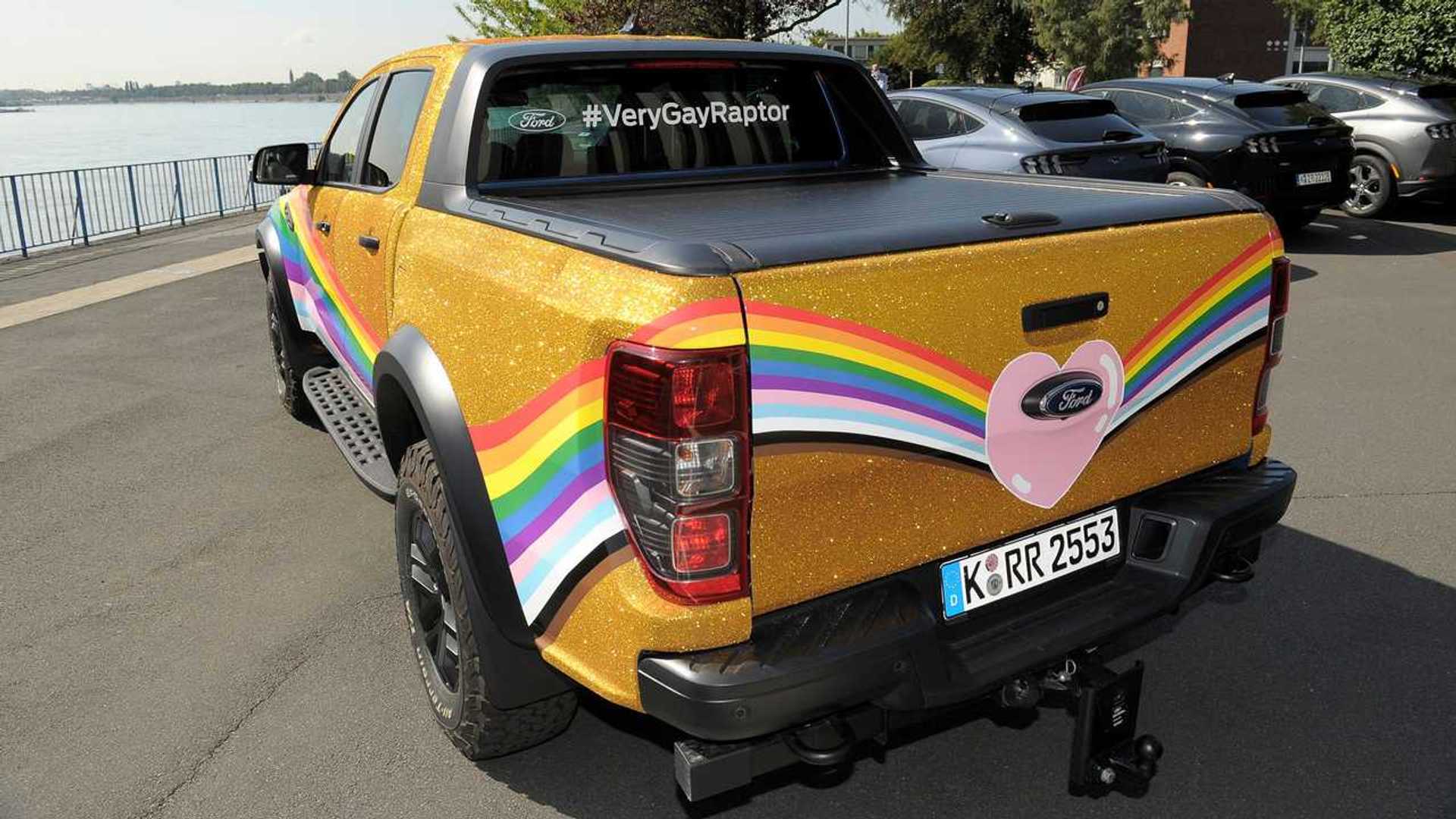 Recognizing the discriminatory tone of the comment, the automaker responded with an over-the-top image of a rainbow Ranger to make the company’s position very clear. Ford then turned to a real Performance Blue Raptor for a proper makeover. In addition to rainbow colors, a gold foil from Alphafoil was added to the back half of the off-road truck for even more visual punch. The entire process took 60 hours and required 30 square meters of film, and the end result speaks volumes on Ford’s opinion of those who feel such language and actions are acceptable.

This special Raptor isn’t Ford’s first vehicular statement in support of the LGBTQ+ community. 23 years ago, the automaker created a special truck-converted Ka with a rainbow finish for Cologne’s CSD celebration in 1998. Additionally, Ford’s GLOBE (Gay, Lesbian, or Bisexual Employees) network celebrates its 25th anniversary this year, supporting LGBTQ+ employees and diversity in the workplace.

Bravo to Ford for making a very powerful statement in such a high-profile manner. The Very Gay Raptor will be on display in Cologne through August 28 and partake in the annual ColognePride 2021 parade on Sunday.

Dodge, Kia have highest owner satisfaction; Tesla has the worst