You know the shift to all-electric vehicles is serious when even Ferrari, one of the staunchest supporters of the internal combustion engine, is overhauling its historic production site in Maranello to build battery-powered cars.

Last week, the sports car manufacturer’s CEO Benedetto Vigna presented the long-awaited strategy on how to electrify the brand during the Capital Markets Day event. The company said it will invest around €4.4 billion ($4.6 billion) to develop fully electric cars and plug-in hybrids, which will account for 60% of its lineup by 2026. By 2030, 40% of Ferrari models will be purely electric, 40% hybrids, and 20% ICEs.

The automaker will retool Maranello to produce EVs and assemble battery modules, with the first full-electric Ferrari expected to reach showrooms three years from now.

Better late than never, but the truth is some of Ferrari’s rivals are well ahead when it comes to electrification, as Automotive News points out. Porsche’s Taycan EV has been available since 2019 and managed to outsold the legendary 911 last year, while Rimac Automobili has proven that it can build a record-breaking electric hypercar with the Nevera. 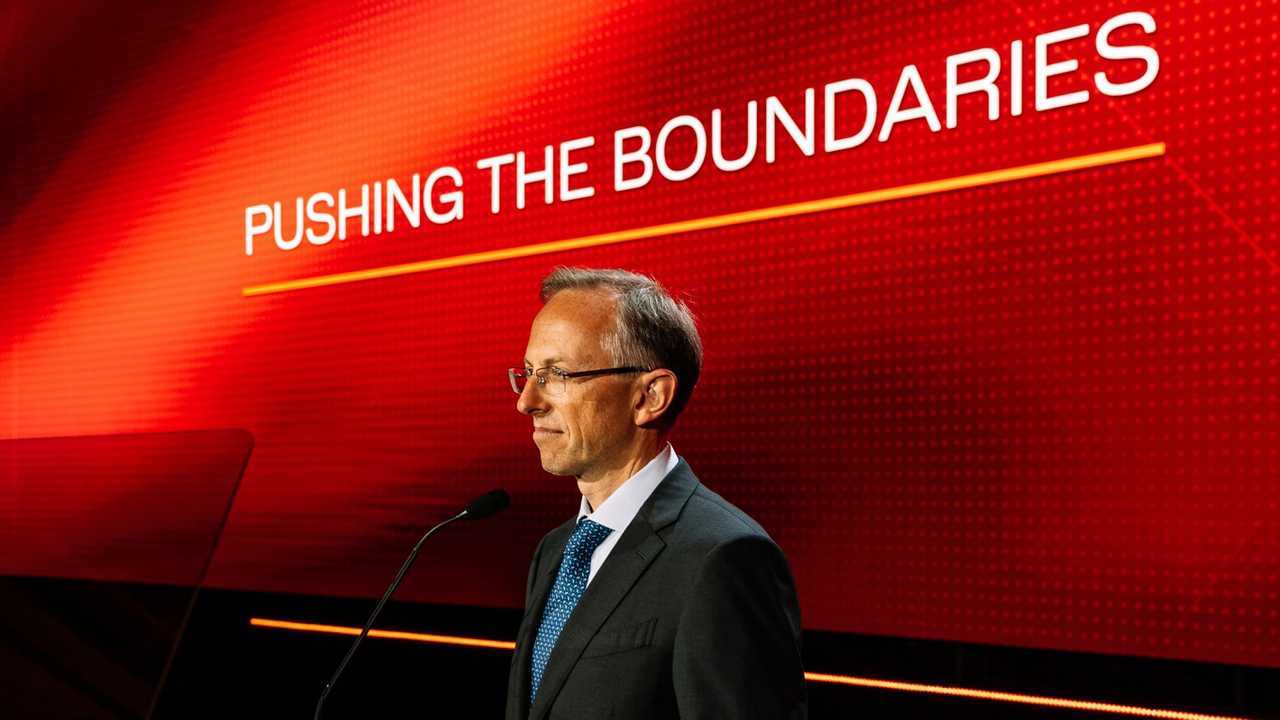 Ferrari is eager to catch up, though. The company says its first EV will be a true Ferrari that will leverage its racing expertise and “stand out across all dimensions: engine power density, weight, sound and driving emotions.” A key advantage Ferrari notes is that it will build electric motors, inverters and battery modules on a new assembly line in Maranello.

“Another key differentiating element for Ferrari electric cars will be the way the battery cells – which will be purchased to ensure the highest quality and latest technology – will be assembled in Maranello. The handcrafted battery modules will be integrated into the chassis of cars in a process focused on reducing the weight of the vehicle, increasing the performance and creating the unique driving experience, as only a Ferrari can deliver.”

Ferrari has also pledged that its EV investments won’t come at the expense of profitability. The company forecasts adjusted EBITDA of as much as €2.7 billion in 2026, up from about €1.5 billion last year, and targets a compounded annual growth rate of 9%.

The company’s supercars, which will remain to a large degree gasoline-fueled, will drive part of that profit gain. That includes the Purosangue SUV due to debut in September, for which early demand is overwhelming, according to sales head Enrico Galliera. The company’s first SUV will launch with a naturally aspirated V12 engine, followed by a hybrid V8 later on.

The Purosangue will be the first of 15 new cars Ferrari will launch between 2023 and 2025, including the brand’s first-ever all-electric model.

2010 Nissan GTR With A Ford V8 Turbo Diesel Swap: Powerstroke on the Mountain