There was certainly a time when we saw many new electric car drivers complaining about their winter range on social media. However, unless you’re headed out on a long road trip or some ridiculous commute, your EV should have enough juice to easily get you through the day. Now that many folks have been driving their EV for many years, they’ve simply learned to adjust their behavior to help with winter range anxiety.

A new study published by Recurrent points out that while we often hear about EV range loss in electric cars in cold weather, we rarely hear about the solutions, or how drivers are coping. Instead, the media reports about subpar range and efficiency or vehicle battery chemistry and charging speed. To be clear, many EV owners drive in all seasons and have little to complain about. In fact, they have no concern with cold weather range loss since they’ve figured out how to handle it.

It’s quite simple. Recurrent found that EV drivers are more careful with their range in colder weather. They are aware of it, and they charge more often, or they make sure to charge before the battery is as low as they let it get during warmer months (EVs also charge slower in cold temps). Moreover, they may not take that extra unnecessary trip if they’re low on range.

Recurrent analyzed real-world data from 35,000 readings of 521 Ford Mustang Mach-E drives and 65,000 data points related to 486 drives in Volkswagen ID.4 SUVs. The data is revealed in the charts below, which show how much the cars’ batteries were discharged and how often they were charged based on temperatures. While the top chart shows the distance since the last charge in time (hours), the second shows it in miles. 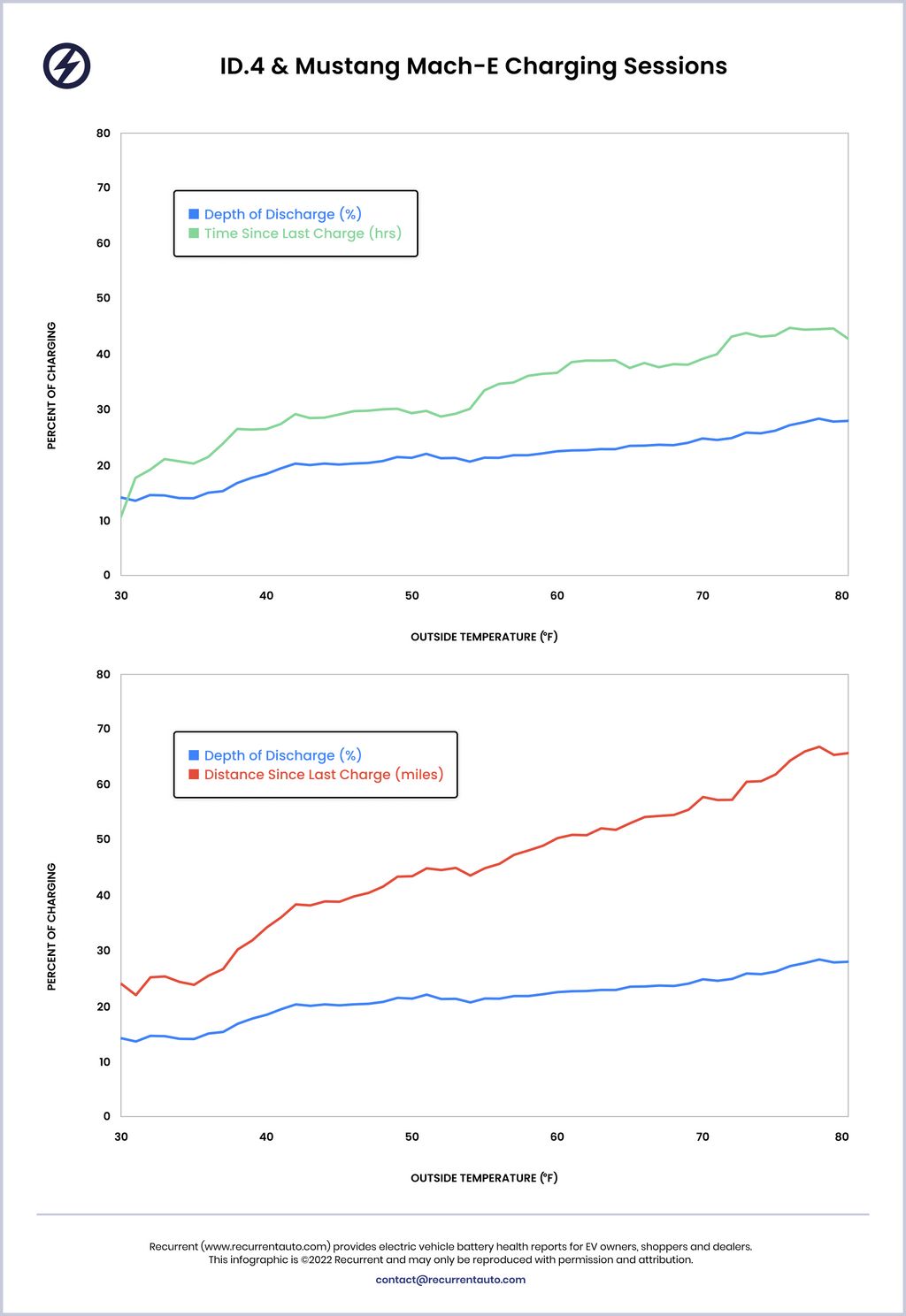 As you can clearly see, drivers charge more often as the temperature drops. To add more support to the study, Recurrent also surveyed over 10,000 electric car drivers about how their charging habits change with the outside temperature. We’ve included a few of the responses below.

“I charge a little extra on cold days like instead of 78% I’ll charge to 85%.” Tesla driver

“In the warmer weather I almost never have to charge during the course of my day. In the winter it happens somewhat frequently.” Bolt EV driver

In conclusion, Recurrent says that EV drivers report an average range loss of about 30 percent in cold weather. This means if they’re expecting 300 miles, they’ll get 210 in freezing temps. However, the reality is that the loss can be more significant. For this reason, some 60 percent of EV drivers charge more often when it’s cold, and in some really cold areas, they charge much more often.

Petrol and diesel prices may increase again with ‘no justification’

Drivers warned of certain medical conditions that must be disclosed