It’s time for something completely different and insanely awesome. Actually, this fire-breathing table isn’t entirely different – we saw something similar a few months back, but this latest creation is on another scale in terms of appearance and yes, firepower. In short, we have a V10 from a 2002 Dodge Viper, repurposed as a backyard fire table with flames shooting out of all 10 cylinders. But it’s so much more than that.

This is another custom creation from Alaris Invent, the company started by automotive artist John Cobb. In a message to Motor1.com, he explained it’s his most ambitious project to date, as the goal wasn’t simply to build another engine-based table with flames in the middle. Each cylinder has its own burner and igniter, but in keeping with the car theme, all igniters are operated by a single key located at one end of the table. Similarly, all burners are fed propane by a single “gas” pedal, in this case, one that closely resembles a legit Viper pedal. As the video above shows, the table functions flawlessly. And whoa Nellie can it belt out the flames.

The other aspect of this build was to create a clean, sophisticated final product. The previous V8 fire table had strong rat rod overtones, whereas the new Viper table is all about contrasting shades of black and silver. Pistons and connecting rods serve as the legs and upper table supports, and to ensure everything can withstand the heat, temperatures were closely monitored during the design and testing phases. But wait, there’s more. 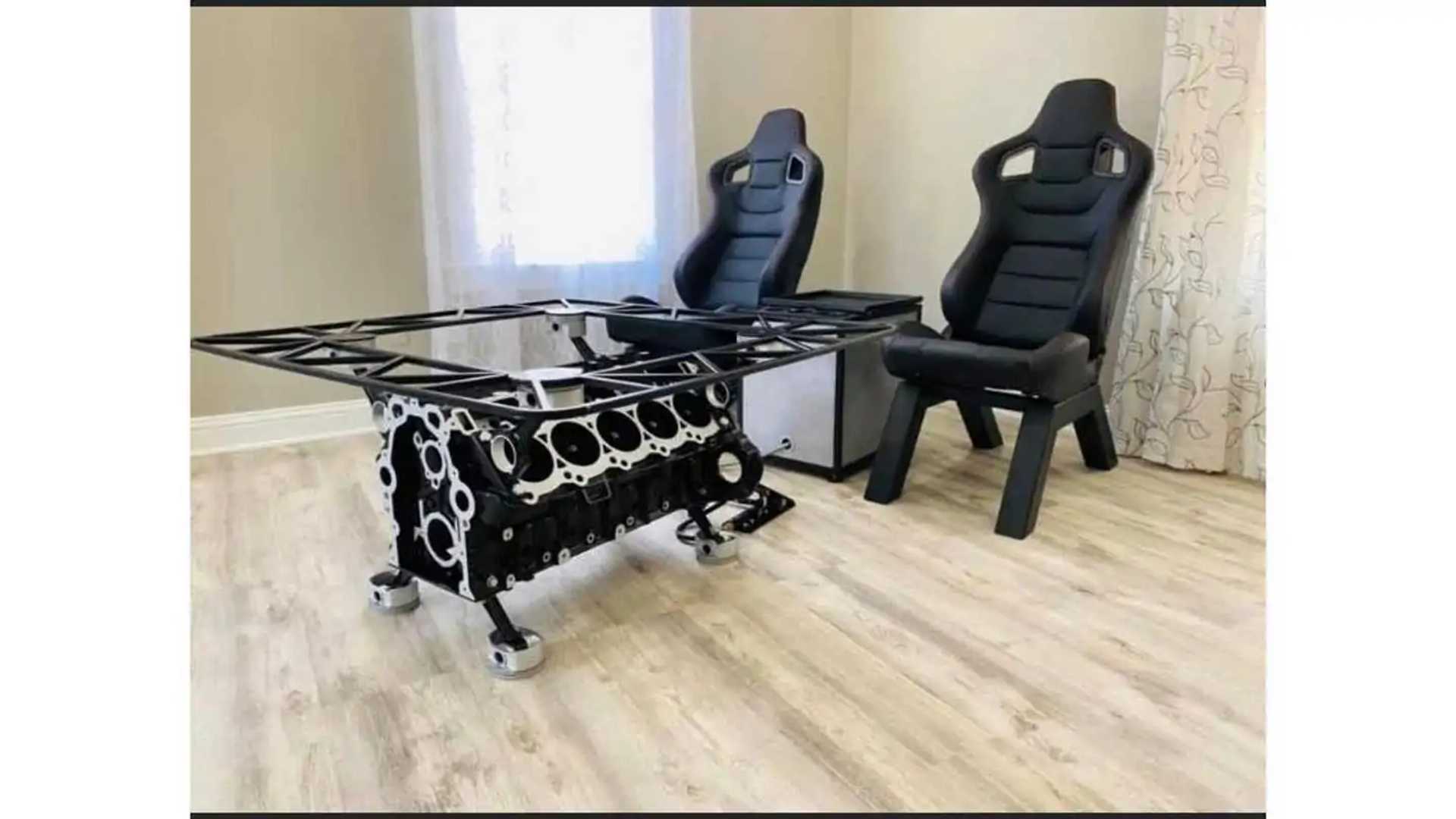 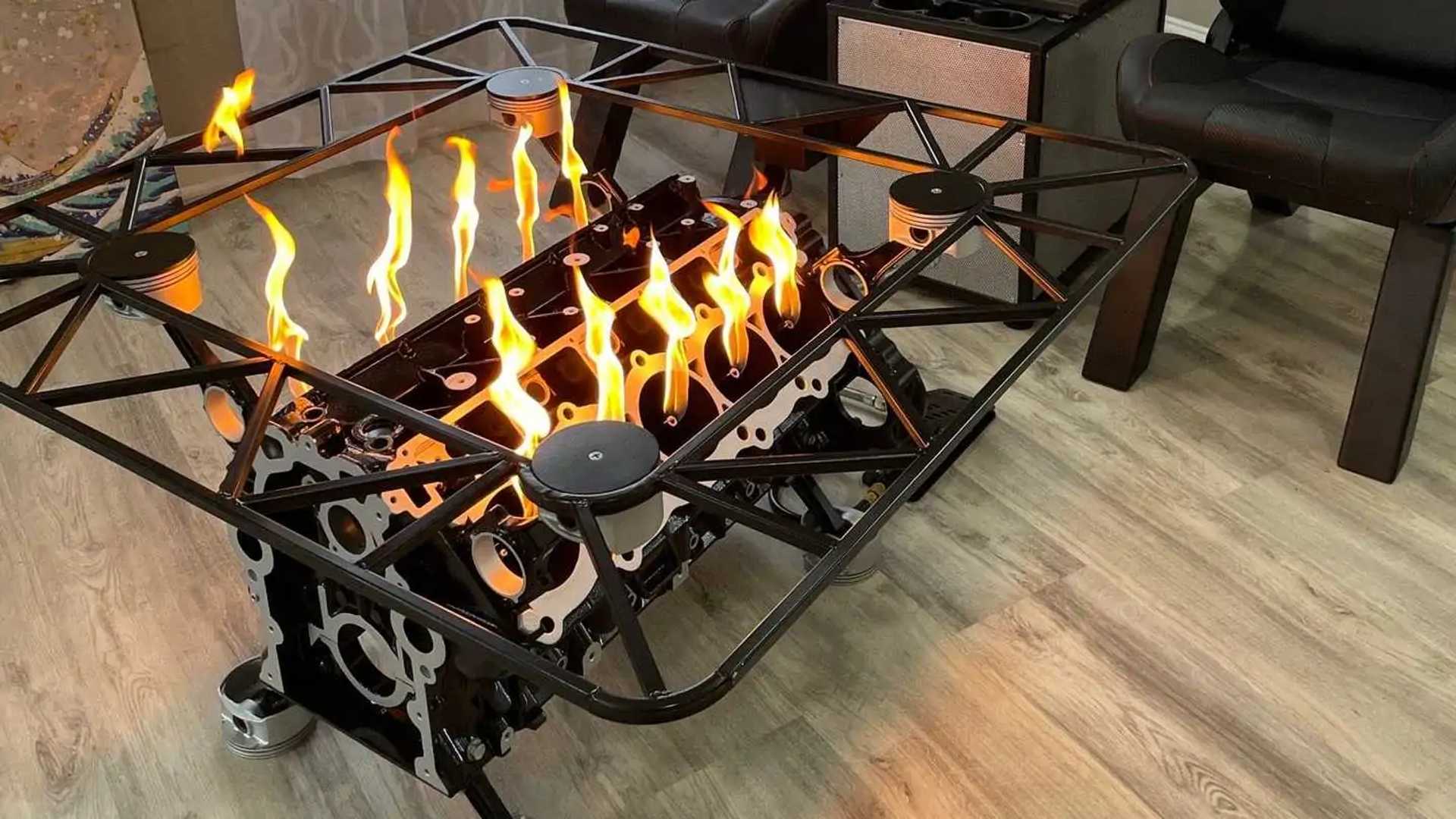 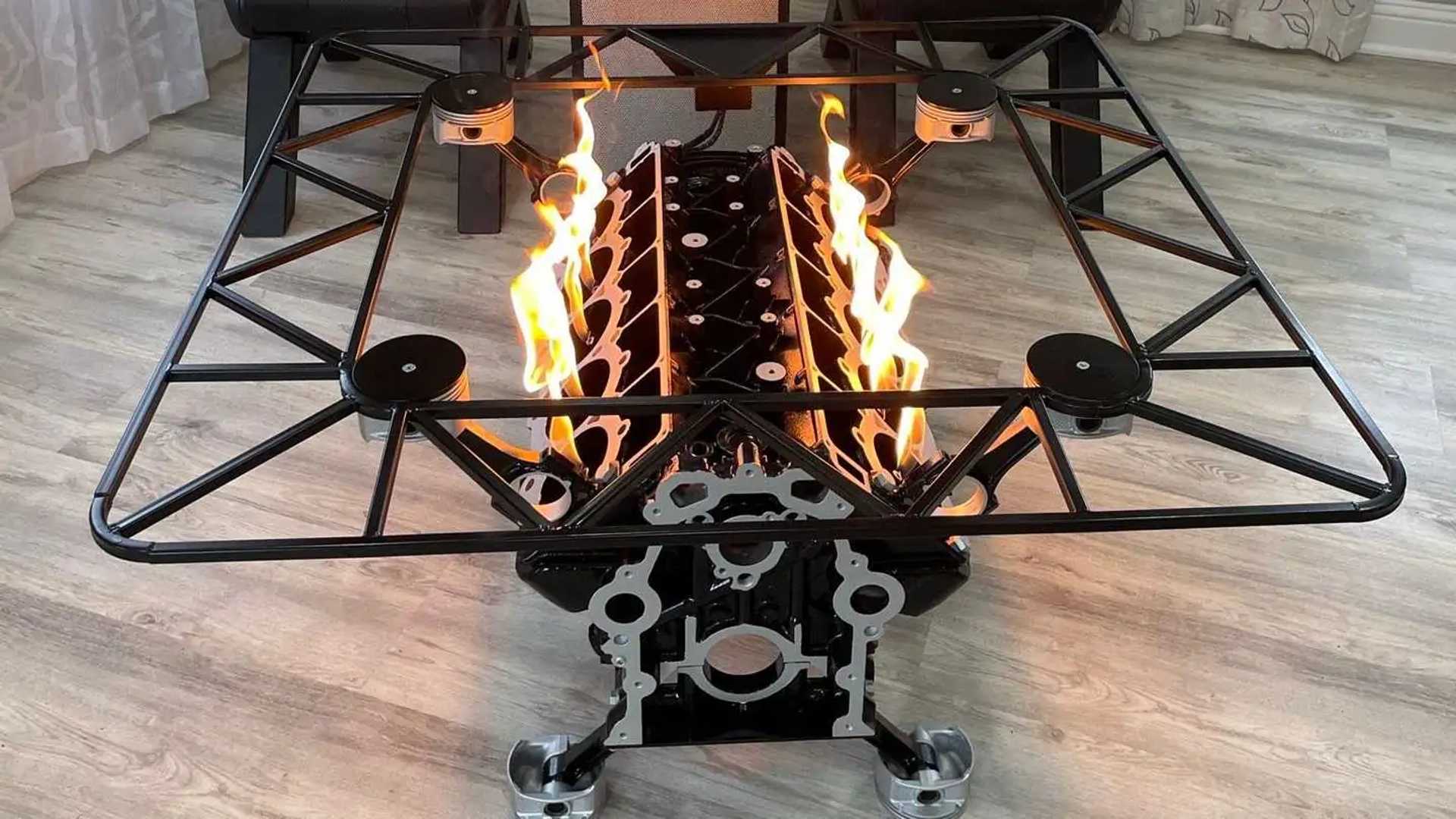 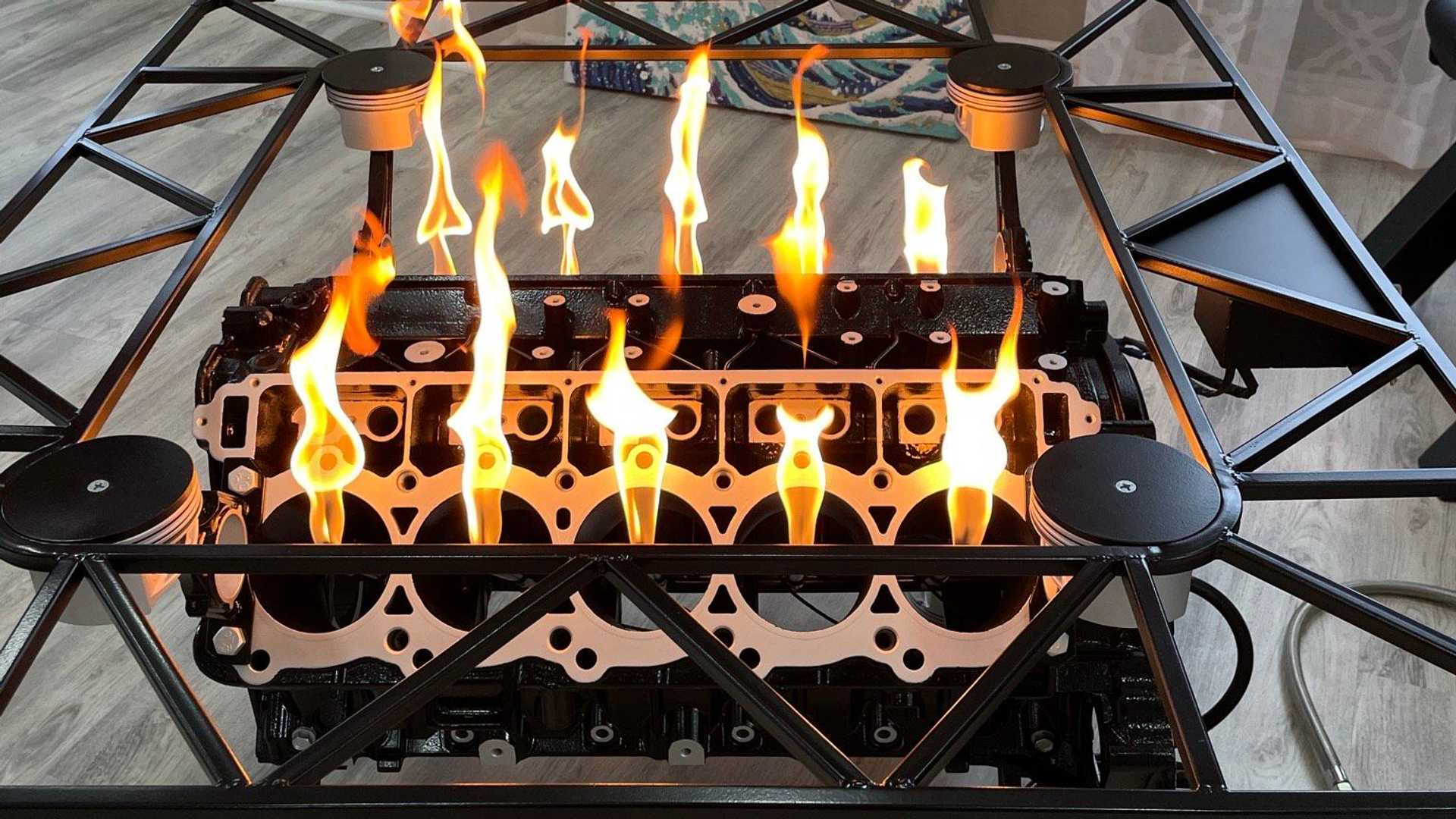 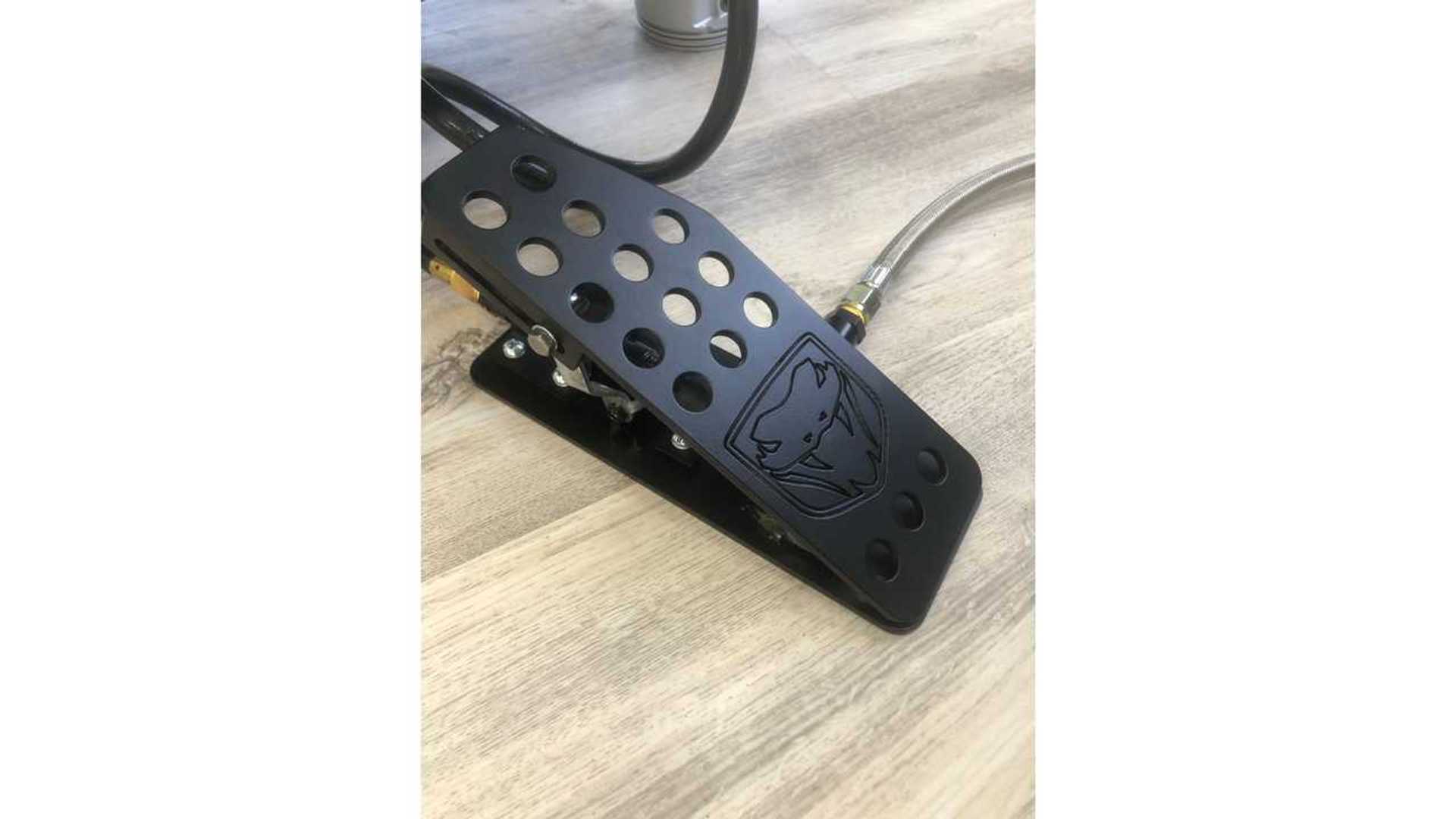 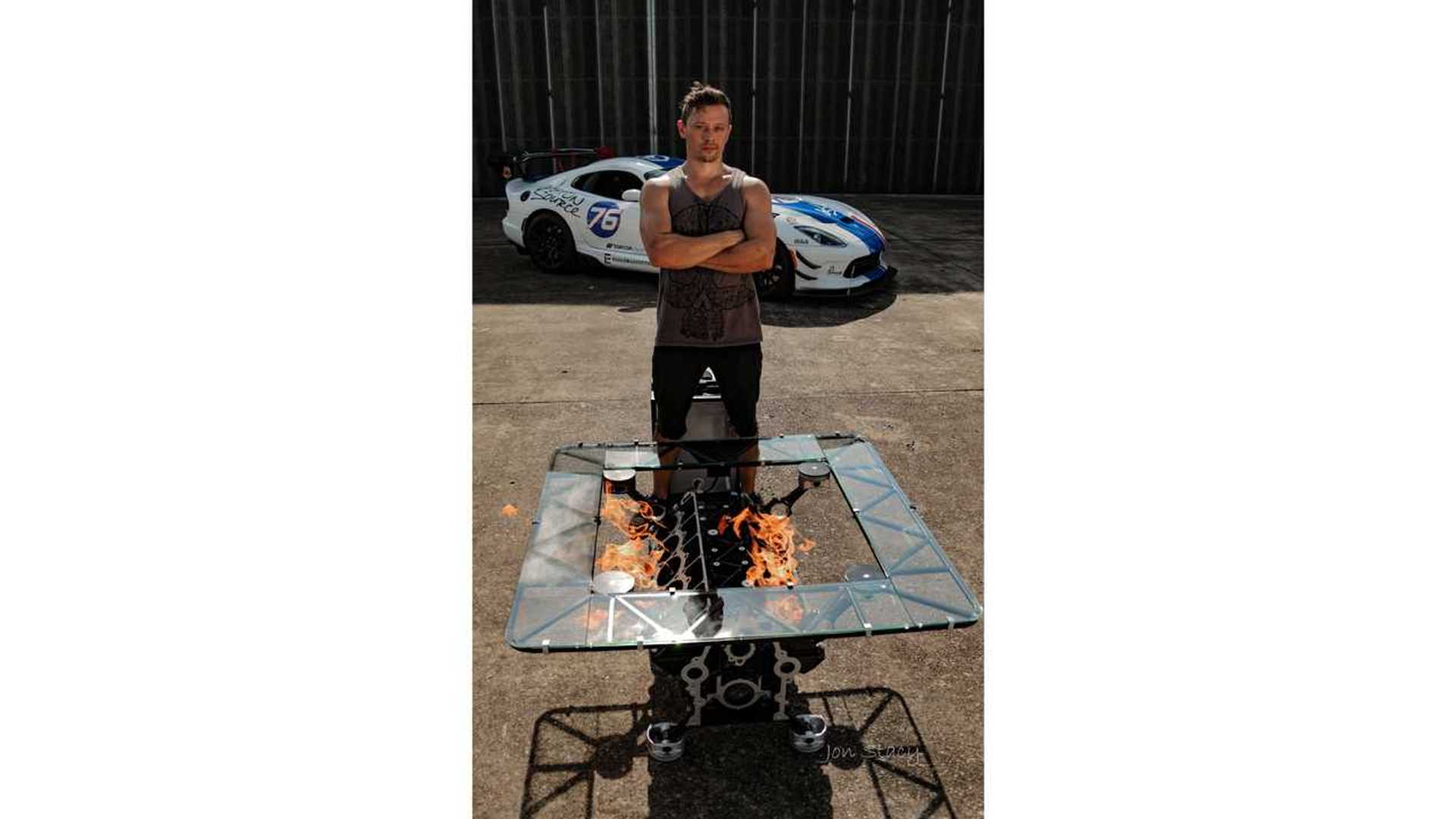 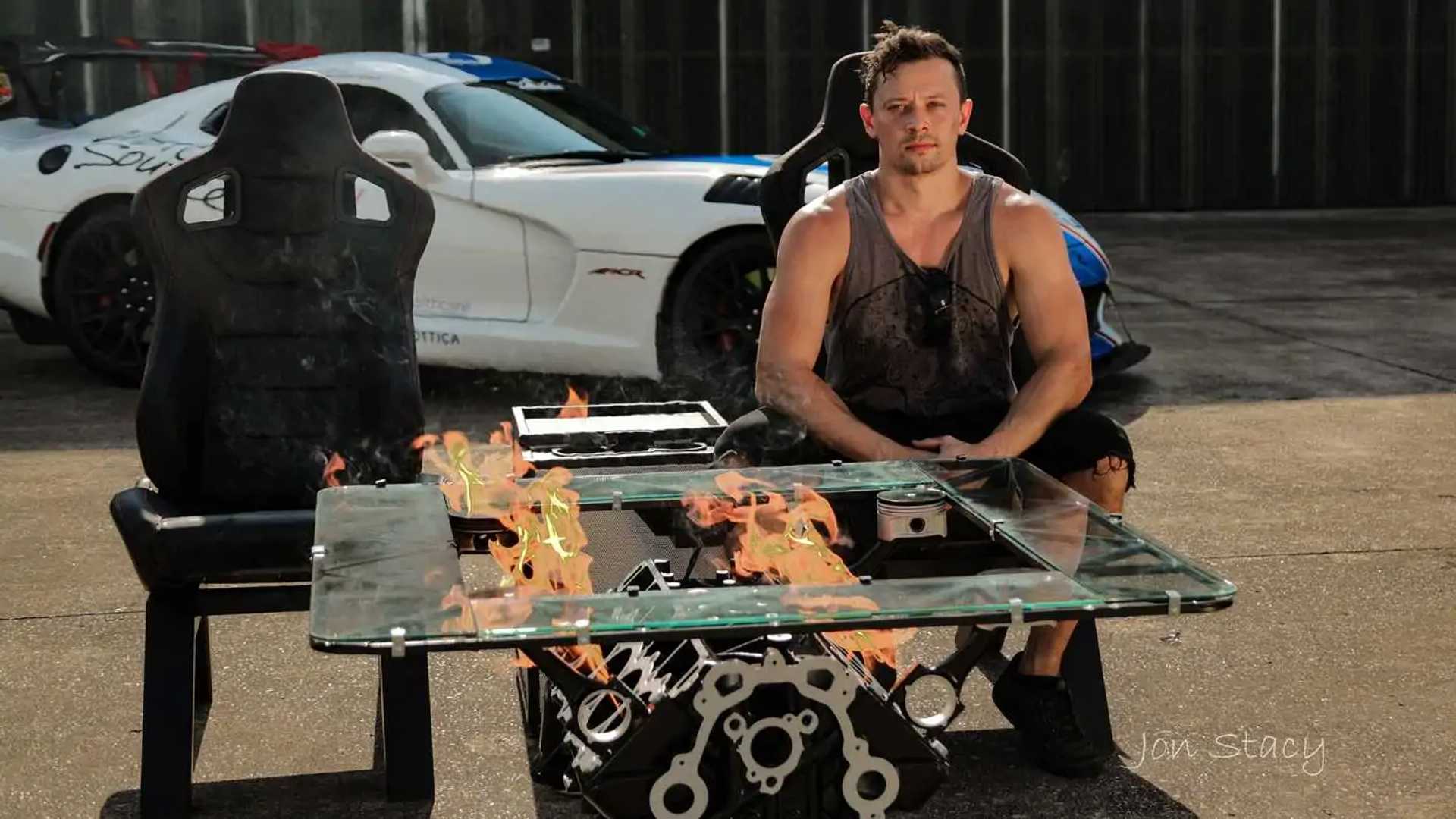 As the pictures and video clearly show, this table is joined by a pair of racing seats with a center console between them. Keeping with the racing theme, the seats were mounted on custom platforms allowing them to recline 180 degrees. The center console holds the propane tank and also features built-in cupholders for relaxing by the fire with a cool beverage. Envisioning this table as something to enjoy both inside and outside, a set of removable rollers allows the rig to be moved easily from place to place. Of course, proper exhaust ventilation is needed for indoor operation.

The previous V8 fire table was built specifically for a customer, but Cobb created this one simply for the challenge. It took upwards of five months to finish, and he admits to being nervous about investing the time and money without having a committed buyer. Of course, the worries were short-lived, as a Viper enthusiast stepped up within a week to claim the table, even before it was officially advertised. However, Cobb says he can build another for $11,500, which honestly seems like a deal considering the time, quality, talent, and uniqueness of such an item.

Cobb thanks Jon Stacy @Jonstacy_photography for photos, and Troy Garza @209thdesigns for showroom access to display his work.