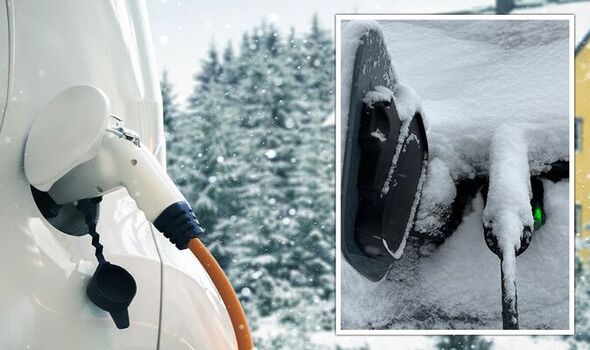 A new investigation from car buying and selling marketplace carwow showed that electric cars perform better in slippery wintry conditions, giving them another advantage in the current cold snap. Carwow’s latest findings also serve as a timely reminder of how important it is drivers check their cars’ tyres carefully, particularly in the current climate.

The findings are showcased in the latest video released on carwow’s YouTube channel that pits an electric Audi RS e-tron GT against the petrol powered Audi RS3 and RS6 as the three cars face a series of challenges driving up an indoor ski slope.

All three cars are equipped both with four-wheel drive and Pirelli P Zero winter tyres, which have a specially formulated tread design and rubber compound to improve grip in cold, poor-traction conditions.

Despite these equal footings, the electric e-tron GT proved itself markedly superior in carwow’s tough challenges, being able to put its power down more effectively, and beating the RS3 and RS6 in an uphill drag race as a result.

The e-tron GT was also able to move off from a standstill on a side slope at a steep gradient, a challenge that saw the two petrol-powered RS models spin their wheels without moving forward.

But the real deciding factor is likely to have been the way that four-wheel-drive electric cars can vary the amount of power sent to individual wheels.

While the RS3 and RS6 both have differentials that can split the amount of power sent to the front and rear axles, the RS e-tron GT has two electric motors, one on each axle, with the ability to send 100 percent of the car’s power to an individual wheel, while also allowing for a more granular delivery of power, and a greater ability to transmit this power onto slippery surfaces.

carwow’s challenges highlight the sophistication of electric cars equipped with four-wheel drive, while also shining a light on the efficacy of winter tyres in slippery conditions.

In previous videos filmed by carwow, cars with four-wheel drive and summer tyres were outclassed by two-wheel-drive cars on winter tyres.

Hugo Griffiths, consumer editor at carwow said: “There is a vitally important and often-overlooked point highlighted in our findings: a car’s tyres have greater bearing on how it performs than possibly any other individual aspect.

“Winter brings challenges that affect every aspect of driving, though, and a different, more cautious approach is advisable to reflect that during this cold and dark season.”

To make sure that drivers are safe on the road during winter, experts at carwow also compiled a tyre list of recommendations.

Those living in rural areas where muddy, leaf-strewn roads are a common sight could consider investing in a set of winter tyres, storing their summer set in a ‘tyre hotel’ before switching again come spring.

With tyres being the only thing keeping drivers and their car on the road, good tyre care is of crucial importance. Check the tread depth across the tyre is within the 1.6mm legal limit and ideally 3mm or more (it should come up at least to the border on a 20 pence coin), while looking for any cuts, nicks or perishing in the rubber.

Be sure the tyres are inflated to the correct pressure and, if any need replacing, get a new axle set (IE both fronts or both rears) rather than buying a new individual tyre, choosing a reputable brand and buying the best tyre you can afford.

According to the experts, other vital checks include:

2021 Dodge Durango SUV updated inside and out