Motorists could be issued careless driving charges for various offences with experts warning that an exhaustive list would be “impossible”. Road safety lawyers at Smith Bowyer Clarke warned that drivers are left confused by the rules with “subjective thinking” required to determine what is and isn’t breaking the rules.

In a new survey, 97 percent of road users failed to identify at least one of a range of illegal activities, meaning they could risk being prosecuted without realising.

“It would be impossible to create an exhaustive list of all the instances which would amount to careless driving, and this means that drivers can commit offences without being aware of it.

“The confusion probably comes about because drivers sit their theory test and then are not required to refresh their knowledge throughout their licenced period, which could be in excess of 60 years. 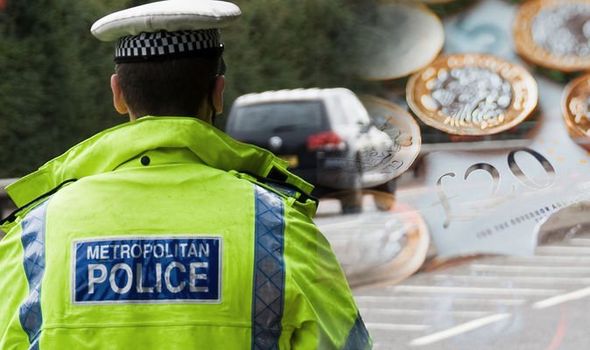 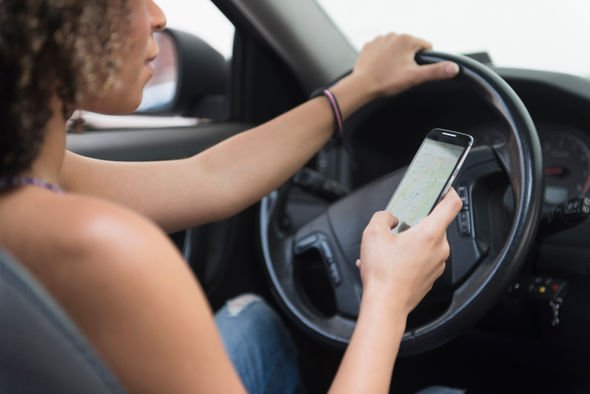 “Driving habits and technology changes, so gaps in knowledge are patched together from word of mouth or a driver’s common sense.”

A massive 81 percent of drivers thought that paying with a mobile phone at a drive thru restaurant was not against the law despite the heavy penalties.

This would be considered using a mobile phone while being behind the wheel which could see drivers issued a £200 fine and up to six points on their licence.

Up to 72 percent of road users believe they could use their phone for navigation purposes despite the law saying otherwise.

Road users cannot touch their phone at all while the engine is running as there are fears this could divert their attention from the road.

Experts warned even concrete laws can cause confusion among some drivers in a devastating find.

Over one third of road users failed to identify that smoking inside a car with children was illegal and could lead to harsh penalties.

A quarter of road users also did not believe that it was illegal to drive at night without having their car headlights on.

Half of road users thought it was legal to splash pedestrians by driving through a puddle while 46 percent thought it was fine to sleep in a car while drunk.

A massive 34 percent thought it was legal to apply make up behind the wheel as 40 percent did not know they could not legally drive with snow covering on the windscreen.

In a shocking revelation, almost a quarter for road users admitted they thought it was completely legal to take a selfie while behind the wheel.

Although many fixed penalties are handed out to drivers, in severe cases fines could rise to thousands of pounds with points issued.

Experts at DAS Law revealed some drivers could be issued fines of £5,000 and between three and nine penalty points for breaking the rules. 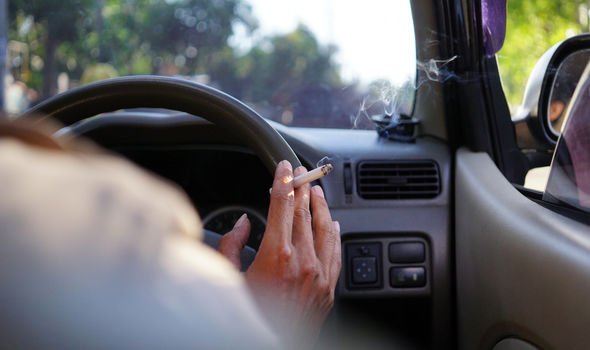 In some severe cases road users may even face a temporary disqualification from the roads.

Ben Wooltorton, Chief Operating Officer at InsureTheGap, said more needed to be done to boost awareness of driving laws so motorists were not caught out.

He said: “Laws regarding ‘careless driving’ or ‘driving without due care and attention’ can seem subjective and may be interpreted differently by drivers and the police, creating the potential for confusion.

“To reduce the number of incidents on the road, more should be done to make drivers in the UK aware of the types of activities that can distract attention from the road and how even momentary distractions or lapses in concentration can have serious consequences.

“Ultimately, if you’re not paying full attention 100% of the time to the safe control of your vehicle whilst behind the wheel, you run the risk of committing one of these offences.”