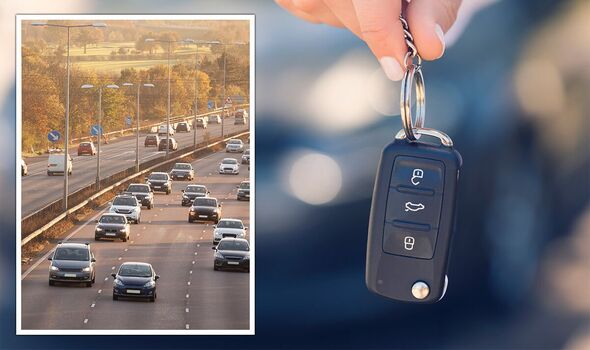 Recent findings have revealed that one in five (21 percent) of those surveyed think owning a car is wasteful and should be discouraged by Governments. The research from Bolt looked into what would trigger British car owners aged between 18 and 39 to move away from owning a private car.

More than one in four stated they would give up their car if alternative modes of transport improved such as wider availability of car clubs and micromobility options in e-scooters or e-bikes.

This correlates with the fact that 55 percent believe having a car is useful for occasional access but they don’t depend on it.

Within the research, Bolt also asked what factors are most important to those surveyed when making transport choices, with affordability being listed as the most critical choice, closely followed by convenience and safety.

Amidst a cost of living crisis, the findings showed that many people are considering whether continuing to own a private car makes financial sense.

More than a third admitted that the rising cost of living could push them towards giving up their private car.

Gareth Taylor, Bolt’s Regional Director for UK and Ireland commented on the findings, saying that many are considering leaving their car at home more often.

He said: “Bolt has grown rapidly in the UK and we think a big part of this is due to changing attitudes and trends around car ownership.

“Many people are moving out of car ownership and into different modes, and our findings show that many who still own cars don’t actually want to.

“As the British public continues to face challenges with the cost of living crisis and while local councils maintain their efforts in tackling sustainability pressures, days like Car Free Day are an important reminder that we must continue to consider how we move around our urban areas.”

Sustainability was the most important factor when making transport choices for those in the East Midlands 70 percent compared to the national average of 48 percent.

Residents in Yorkshire and the Humber are the most likely to make transport choices based on affordability.

World Car Free Day encouraged drivers to find alternative ways of travelling without using their car, in a bid to slash emissions.

Many councils took part in the event including Liverpool City Council, who closed one of its busiest roads – the Strand.

Normally, the road handles more than 1,000 vehicles per hour, but was closed on Thursday to host a number of free, healthy activities.

According to research commissioned by the rail industry, almost half of Britons do not know that travelling by train is the most sustainable form of transport.

Shockingly, around 13 percent believe that motor vehicles are better for the environment.

In truth, when compared to cars and aeroplanes, trains emit between 66 and 75 percent fewer carbon emissions.

A single train can take up to 500 cars off the road, and by leaving the car at home, commuters can cut their carbon emissions by two-thirds.

Henri Moissinac, Co-Founder and CEO of Dott, said: “Our cities can be transformed if we think about transport differently.

“Supported by the right infrastructure, efficient, safe and affordable travel is possible without needing cars.”