Here is the latest ultra-fast charger from Delta, which optimized CAPEX for charging point operators.

Delta announced the launch of a new 200 kW Ultra Fast Charger (UFC200) in the Europe, the Middle East and Africa (EMEA) region with the aim of next-generation EVs, as well as commercial vehicles.

The 200 kW power output might not sound particularly interesting these days (there are already 250-350 kW or even 400 kW chargers), but most EVs are still unable to use such power level, or are using it only for a certain charging period.

The interesting thing about the Delta is its flexibility, as it offers two DC outputs with power split, as well as the potential lower-cost approach through not using liquid cooling. It can charge a single electric car at up to 200 kW (CCS plug) and at up to 1,000 V, or two simultaneously at up to 100 kW each. Moreover, according to the specs, there are two additional 22 kW AC Type 2 outputs, as an option, so a total 4 EVs can charge at once (two DC and two AC).

Despite the peak power being 200 kW, the CCS cable/connector system is not liquid-cooled. Delta opted to measure temperature and simply reduce available power, once the temperature of the cable/plug reaches the highest acceptable temperature.

Because not many EVs would be able to run at 200 kW for a longer time, it might actually work pretty well. Delta said also that the efficiency of its solution at 400 A is also 1.2% higher than “a standard liquid cooled cable system” (before even including energy losses on liquid cooling). The total efficiency is 94%.

“This temperature controlled high power connector system can supply extra power when the EV’s battery system is at low charge without oversizing the system. In extreme environments and very frequent usage, the power will be automatically reduced to keep the cable/connector temperature in a safe range for the user. An inbuilt extra patented safety concept is protecting against excess temperatures, even if the temperature control of the EV charger would fail.

At 400A charging current, the charging station efficiency can be improved up to 1.2% compared to a standard liquid cooled cable system due to the reduced copper loss (without taking additional power consumption of a cooling system in account).“

The new comes standard with a credit card reader, which allows for use without membership in any charging network. 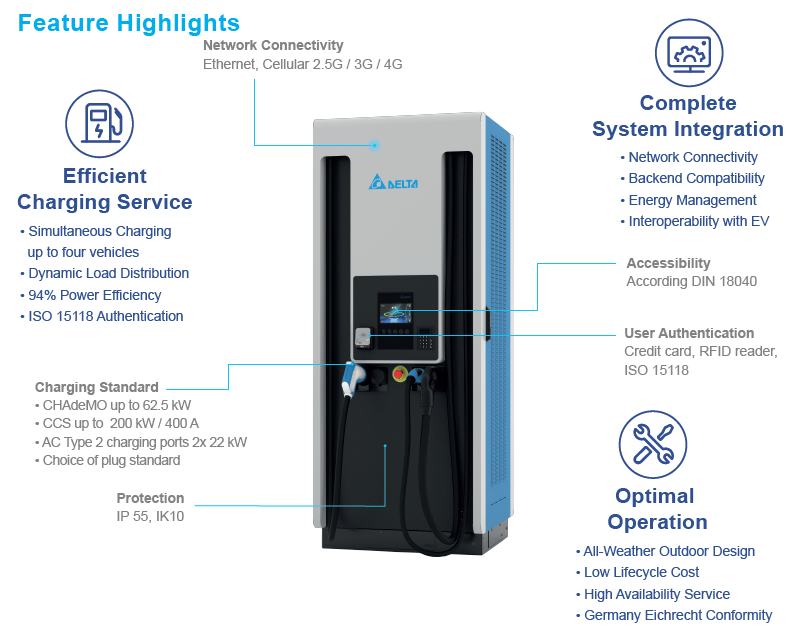 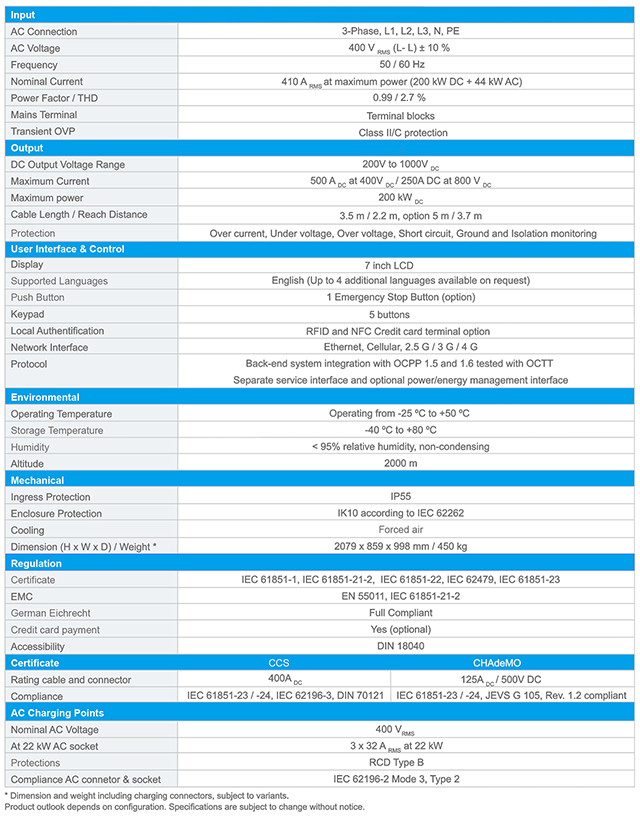