Chrysler’s portfolio is sparse and dated, but parent company Stellantis has plans to change that by 2028. The Chrysler Airflow Concept that debuted earlier this year is a preview of the company’s upcoming electrification efforts. The car looked ready for production when it launched, but Chrysler will “unveil a new look” for the concept at the New York Auto Show on April 13.

Chrysler teased the concept’s new styling by showing off a redesigned front grille lighting element. It looks very similar to the grille treatment on the first concept, but the new one is a tad more abstract. There isn’t the outline of the winged Chrysler badge in the new lighting arrangement. Sadly, that’s all that’s revealed in the teaser, so it’s unclear what other design changes Chrysler will make to the model. 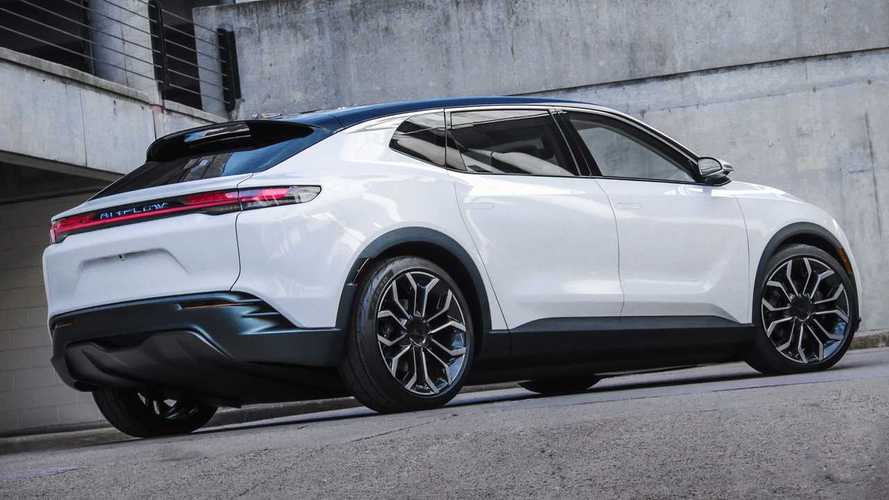 The company says that this will be a “sneak peek at a potential design path on the brand’s journey to an all-electric future.” Chrysler will launch its first electric car in 2025 before becoming an EV-only brand by 2028, and the Airflow Concept could become the Airflow production car one day soon. The concept rides on Stellantis’ STLA platform for battery-electric vehicles that’ll underpin a variant of makes, models, and body styles needed for the conglomerate’s 12 or so brands.

Chrysler makes no mention of any powertrain changes coming to the concept. It will likely sport the same dual electric drive models that give the crossover all-wheel drive and about 400 horsepower (294 kilowatts) in total output, with a theoretical range of 350 to 400 miles (563 to 643 kilometers). STLA models will offer at least 400-volt architecture, with 800-volt available in flagship configurations.

We only have to wait until Wednesday to see how different the new Airflow Concept looks from the one the company revealed back in January at CES. Battery-electric vehicles give designers more freedom even if these platforms present unique styling challenges. Chrysler offers the Pacifica minivan and the 300 sedan, so its lineup needs a lot of love, and its push to become a fully battery-electric brand could give it a bright future. Chrysler will reveal the updated Airflow Concept this Wednesday, April 13, at 11:45 a.m. EDT at the 2022 New York Auto Show.

Rumor: Panasonic Plans New Battery Gigafactory In The US