FairFuelUK has pointed at other EU nations such as Romania as an example to follow on future taxation rates. Founder Howard Cox said copying Romania’s tax system would have benefitted “GDP, jobs inflation and business investment”.

The comments come after new data from the group has revealed UK drivers are the highest taxed in Europe with fuel duty making up 65.3 percent of total charges.

In comparison, drivers in Romania are charged an average of just 51.1 percent tax on their petrol and diesel costs.

Poland, Hungary, Luxembourg and Spain all charge below 54 percent, while Bulgaria and Cyprus are below 55 percent.

Meanwhile, Italy, France, Ireland, Netherlands and Belgium join the UK as some of the most expensive regions. 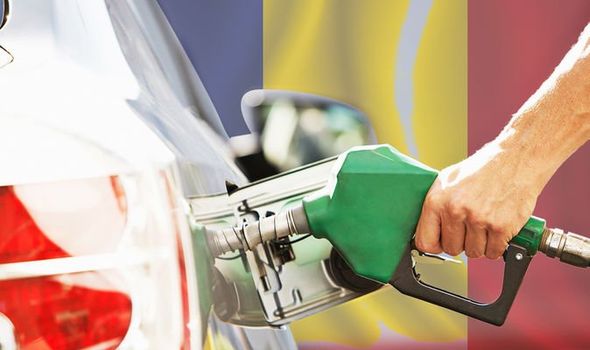 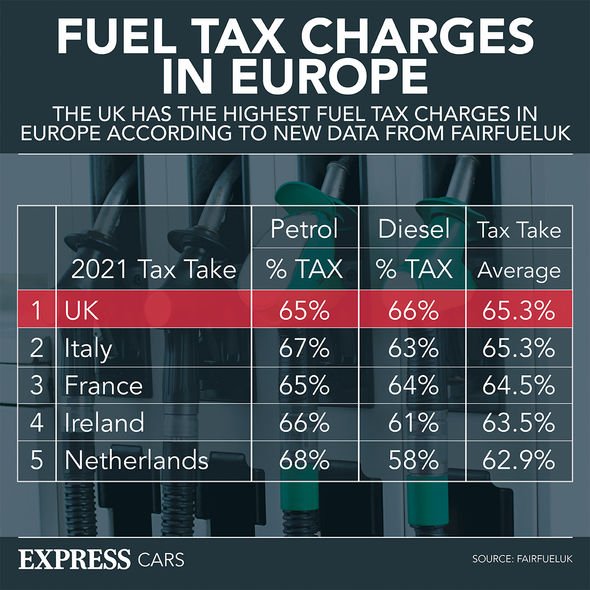 The six countries all charge more than 62 percent tax on their fuel costs which continue to hit drivers pockets.

He said: “The Centre for Economic and Business Research tell us the decade long freeze in fuel duty has reduced inflation by 6.7 percent and bettered household real incomes, especially those of poorest households, by £24bn per year.

“Imagine if [the] UK’s fuel duty had been at the equal of Romania’s, how that level of taxation would have benefited GDP, jobs, inflation, and business investment.

Rishi, please wake up and recognise that more money in peoples’ and businesses’ pockets will rocket UK Plc, and most certainly not by punishing the world’s already highest taxed drivers with an inane duty hike in your March 3 Budget.”

The Treasury has previously predicted each driver may have saved up to £1,200 each as part of the decade long duty freeze.

However, the scheme may have cost the Treasury over £100billion in extra revenue generated from millions of drivers.

It is believed Chancellor Rishi Sunak has held meetings with around 100MPs to warn them of the tough new measures in the Budget.

But there are concerns from some Northern MPs proposals could anger constituents who backed the party in the 2019 election.

Data from FairFuel UK and the CEBR found an increase in fuel duty would affect motorists in the poorest 10 percent.

This is because they append twice as much on fuel than richer motorists. 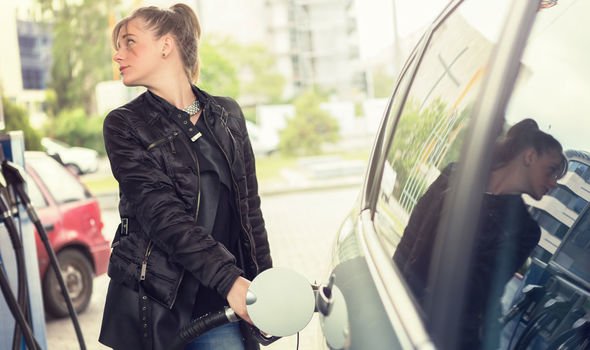 The group found a 2p rise could generate up to £470million in extra revenue in the short term.

But this could drop as low as £50million within 20 years as more road users ditch their combustion cars for new electric models.

Craig Mackinlay MP said: “Fuel duty rises are not supported by the public because they are bad for the economy, bad for business and bad for jobs.”

10-Acre, $8M Estate Is Heaven On Earth For A Car Enthusiast