The electric vehicle market in China keeps growing at a faster pace than any other market in the world. Tesla, together with the local divisions of many legacy automakers, has to compete with a growing list of decent EVs from Chinese automakers, and one of the strongest players in the game is Build Your Dreams (BYD). With its latest zero-emissions crossover, the Yuan Plus, the brand is upping its game in all departments, especially regarding the equipment and onboard features.

Yes, from the outside, the EV crossover looks like yet another boring generic model from China with a nice design that’s lacking its own personality. Our friends from the Wheelsboy车轮哥 channel on YouTube have a new walkaround video of the Yuan Plus and they were also kind enough to share an exclusive photo gallery with us. These reveal the exterior may not be that exciting but wait until you get inside the cabin and discover the weird and awesome features BYD has installed from the factory. 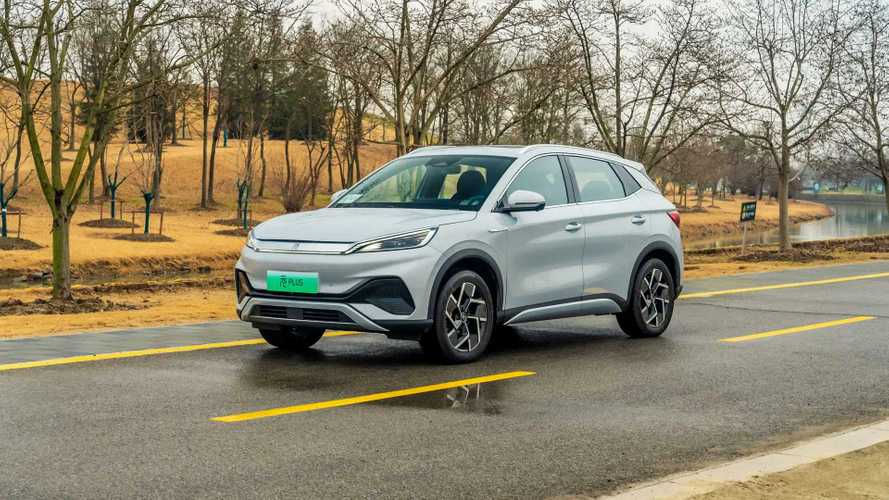 The Yuan Plus follows a design philosophy known as the Dragon Face 3.0 and, generally speaking, the crossover is inspired by fitness in music. This doesn’t make a lot of sense at a glance, but indeed, when you are inside the vehicle, there are many touches that correspond with this philosophy. Take for example the air vents below the rotating center screen, which are supposed to look like dumbbells. On each door panel, you’ll also find three string-like cords, each playing a different tone when you pull them gently.

But by far the weirdest feature of this electric crossover is its built-in karaoke function. It comes with a microphone sitting under the armrest on the front center console that allows you to sign to your favorite songs through the vehicle’s audio system. This has to be one of the all-time weirdest factory features in a car we’ve ever seen.

Other than its quirky interior, the Yuan Plus is not really a technological marvel. Still, it offers a decent 0-62 miles per hour (0-100 kilometers per hour) acceleration in about 7.3 seconds. In this version, power comes from a single electric motor mounted at the front delivering 201 horsepower (150 kilowatts) of peak power. Depending on the battery pack, the crossover can cover between 267 and 317 miles (430 and 510 kilometers) measured by China’s domestic EV range protocol.

Tata Motors to invest USD2 billion in EVs over the next five years – 10 EVs to be part of company's portfolio – paultan.org